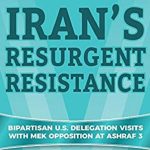 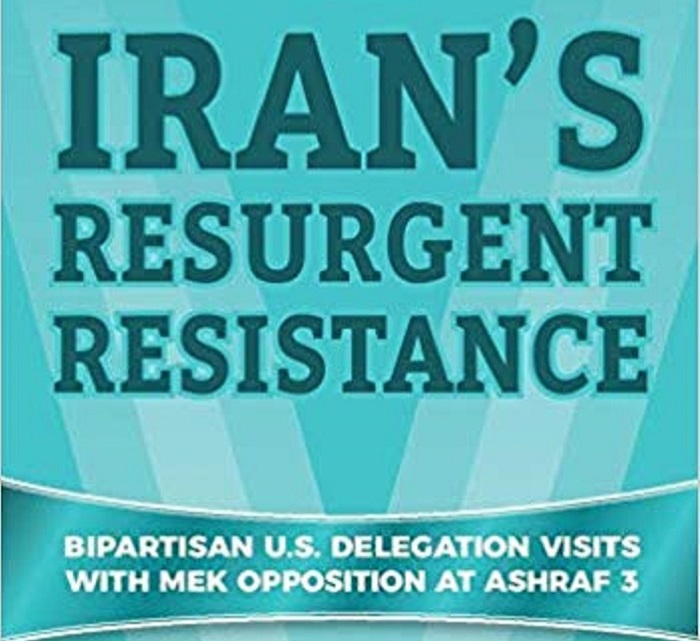 This book is based on a bipartisan delegation that visited Ashraf 3 in Albania which is currently the home of thousands of People’s Mojahedin Organization of Iran (PMOI, Mujahedin-e Khalq or MEK), members.

The MEK and National Council of Resistance of Iran (NCRI) are advocates for regime change in Iran based on a feasible democratic alternative to the present regime, which lives in medieval times.

Mrs. Maryam Rajavi, the NCRI president-elect, was present at the event as it came at the same time as the yearly “Free Iran” get together put on at Ashraf 3 by the NCRI and MEK.

Professor Sheehan’s book discredits reports by the western media for their pro-appeasement stand and the regime’s defense by constantly reiterating false claims made up by the Iranian regime to harm the reputation of its only feasible opponent.

Many of these signatories visited Ashraf 3 in June 2018.

My new book, Iran’s Resurgent Resistance, is available. Special thanks to Sen. Joe Lieberman (Democratic Nominee for Vice President) for penning the Preface and Louis Freeh (Director of the FBI) and Tom Ridge (Secretary of DHS) for their strong reviews https://t.co/4H71sWxP7C ?? pic.twitter.com/Rb0wmgA7ue

Sheehan’s interpretation as published in the Washington Times has been interpreted in the text below:

First of all, the delegation that visited Ashraf 3 explained that what they saw was quite ‘extraordinary’ and very ‘promising.’ It was viewed as a movement that is a coherent political opposition that has a ‘long history’ of struggling against both fundamentalism and dictatorship. Maryam Rajavi was seen as a gifted female leader who didn’t beat around the bush but had a clearly defined political platform. It was evident that the MEK with its passionate leader was supported by a ‘network’ of equally ‘passionate supporters’ within Iran and throughout the world. Built into this cohesive group is its determination to overthrow the regime in Tehran from inside. It was like looking into a truly democratic Iran of the future. 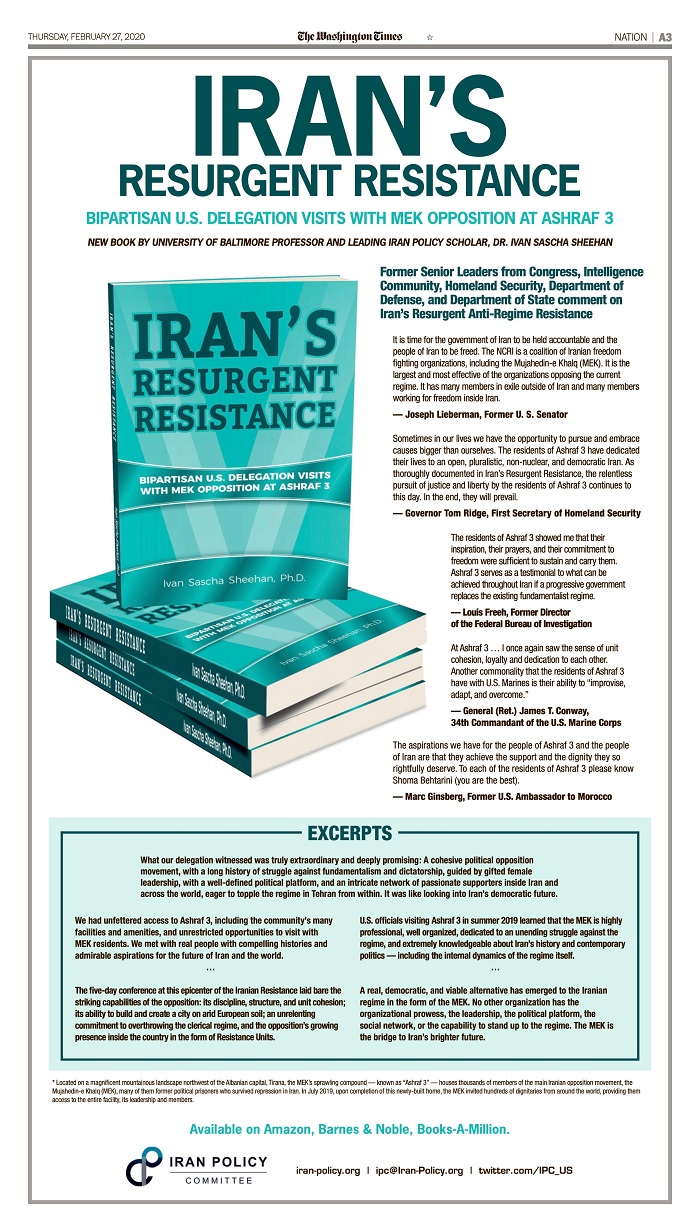 Sheehan’s interpretation as published in the Washington Times has been interpreted in the text below:
First of all, the delegation that visited Ashraf 3 explained that what they saw was quite ‘extraordinary’ and very ‘promising.

Sheehan mentioned that the delegation agreed that they had unlimited access to Ashraf 3, including not only its many enthusiastic MEK residents but also Ashraf 3’s quality facilities and amenities. They said they met real people with interesting histories and commendable aspirations regarding both Iran’s future and that of the world as a whole.

Sheehan explained that the five-day conference which took place at the ‘epicenter of the Iranian Resistance’ showed the capabilities of a dedicated resistance movement. It had a structure, discipline, and cohesiveness which revealed it had an unrelenting ability to plan, build and create a city on dry European land.

#MEK HAS REVIVED AND…
The 5-day Free #Iran Conference at Ashraf 3, The main compound of the #MEK’s members in #Albania featured a presentation from the Mayor of #Paris’s First District, as well as delegations from #Italy, #Norway, and the military… https://t.co/7IUMfvYUDY

Sheehan went on to comment that the book showed that the resistance movement was highly committed to toppling the present clerical regime. This was becoming closer to reality due to its rising presence within Iran in the form of its ‘Resistance Units.’ Sheehan emphasized what U.S. officials had learned on their visit to Ashraf 3 in the summer of 2019 that the MEK is both highly professional and well organized and it is dedicated to the endless fight against the regime. It is also well informed about Iran’s history and present-day politics including a clear understanding of what is going on internally within the regime itself.

Sheehan summarized the book’s content saying that a real, viable, democratic alternative has surfaced in Iran with the presence of the MEK. He said the MEK had not only the great organization but it had the leadership to go with it as well as a viable political platform and social network that was capable of standing up to the present regime. He said the MEK is the passage to a brighter future for Iran.