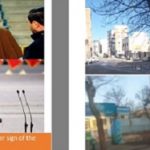 Written by Mohsen Aboutalebi on February 22, 2020. Posted in NEWS

Iranians boycotted the election ignoring the regime’s propaganda and pressures

Despite the Iranian regime’s officials putting pressure on Iranians to take part in yesterday’s parliamentary elections, the majority of Iranians indicated they intend to boycott them as a “show” against their sovereignty.’’

There are two facts that need to be considered on the mullah’s parliamentary election:

What makes this particular election so vital?

Officials for the regime were clear that the election was not just any previous ones. Ali Khamenei the regime’s supreme leader has told the people that even if they don’t like him they should still vote if only as a show of support for the country’s security and prestige.

New uprising and overthrow of the regime a distinct possibility

It has been said over and over again by the National Council of Resistance of Iran (NCRI) and the Mujahedin-e Khalq (PMOI/MEK Iran) that under the direction of the mullahs as dictators it is just a cover for the appropriation of the right to sovereignty for the Iranian people. There is no question that the regime is eager to use this election to stop the Iranian people from pushing for a change of regime. Regime officials are intent on deciding that Iran’s current problems will no longer exist after this sham election, as it will dampen the citizen’s interest in overthrowing the mullah’s ruler.

The people’s resistance movements, MEK Iran and NCRI don’t believe that the elections are fair or legitimate in Iran and hasn’t been for the last four decades, so they are boycotting this sham election as they have with others.

This unprecedented boycott was a resounding “no” to #Khamenei, #Rouhani and the entirety of the clerical regime and showed the public’s enthusiasm for Resistance units’ slogan of “my vote is overthrow.”#MyVoteRegimeChange pic.twitter.com/7iAsTJpssh

The regime’s factions are only out to save the present dictatorship, especially now as uprisings by the Iranian people are on the rise. The uprisings make the whole regime nearer to total collapse while widening the gulf between the factions because they are using different ways of responding.

Over the years, the regime hasn’t criticized the presence of different factions on its side, named the so-called hardliners and reformists because it makes it appear that the country is run democratically. This despicable show may heat up this sham election and get some backing from some western countries that followed a conciliatory policy. The result of this just ended up increasing the dictatorship’s life.

Boycotting the yesterday’s regime shame election means it is denying the legitimacy of the regime and the election becomes a case of security for the regime. Mostafa Moeen the previous minister of culture told the Khabar Online which is the state-operated news station that from the public’s point of view there isn’t any difference between hardliners and reformists and their presence won’t alter the participation of Iranians in the election. However, the whole situation is turning into a security crisis for the regime which could lead to its overthrow. This is the reason why Ali Khamenei has told the people to take part in the election whether they like him or not. The election puts on the show that supports the regime’s security.