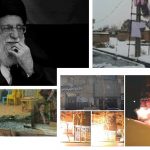 Written by Esmail Mohades on February 20, 2020. Posted in NEWS 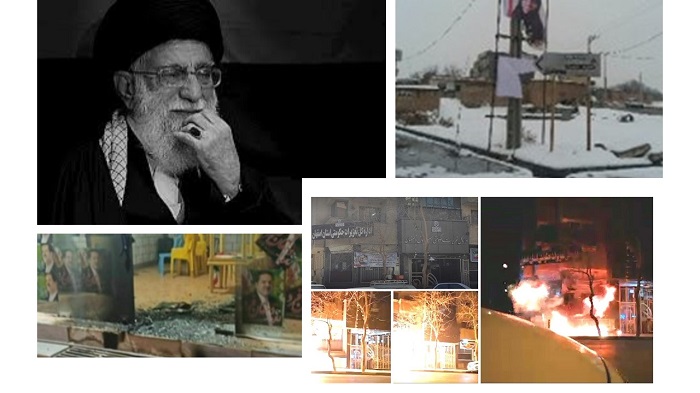 Iranian people won’t cast any votes in Friday election, they have already said that their vote is regime change.

Iran’s supreme leader Ali Khamenei called voting in the upcoming parliamentary elections “a religious obligation” on February 18. What he did not share it that high participation is vital for the regime to maintain its façade as a popular and stable government to the Western world.

Of course, the Iranian people reject entirely the regime that they have suffered under for 40 years and plan to boycott the election to show their hatred for the regime and their support for regime change. This is something that they made clear in recent social media posts and in the nationwide uprisings of November 2019 and January 2020, when they chanted “reformist, hardliner, the game is over”, a reference to the regime’s inability to reform internally.

While Rouhani tried his best to portray a normal situation before the elections, he effectively highlighted the chaotic state that the regime is going through. Read more…

That’s why on February 17 rebellious youths attacked the regime’s Interior Ministry in Tehran, which is due to conduct the election process on Friday and also played a critical role in suppressing the Iranian people nationwide uprisings.

The rebellious youths also attacked “Tazirat”, the regime’s primary center in Isfahan for suppression and torture under the mullahs’ Sharia Law. This brave act has made Iranian people, particularly those who were tortured with Tazirat’s medieval punishments, very happy indeed.

Meanwhile, the Iranian Resistance Units have also been continuing their campaign against the regime’s election, particularly by putting up posters of president of the National Council of Resistance of Iran (NCRI) Maryam Rajavi in public places in Tehran, Isfahan, Karaj, Qaemshahr, Saveh, Mahshahr, Qom, Kashan, and elsewhere. These posters bear the message, “Boycotting the election show is a national duty and the Iranian people’s loyalty to 1,500 martyrs of the November uprising”, which means that those killed by the regime during the uprising will be shown support by every Iranian who doesn’t vote.

Regime leaders are responding to the nationwide call for a boycott of Friday’s parliamentary elections with commands, pleas, and attempts to rig the vote as a crucial test of the regime’s legitimacy looms nearhttps://t.co/fn3bgiszLm#Iran #BoycottIranShamElections @USAdarFarsi pic.twitter.com/I1ejqbuBYN

Other banners and graffiti by the Resistance Units read:

These last two were a way for Resistance Units to hit back at the accusation that they wanted the return of the Shah, which they absolutely do not. They want a true democracy led by NCRI and Rajavi.