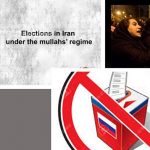 Written by Esmail Mohades on February 19, 2020. Posted in NEWS 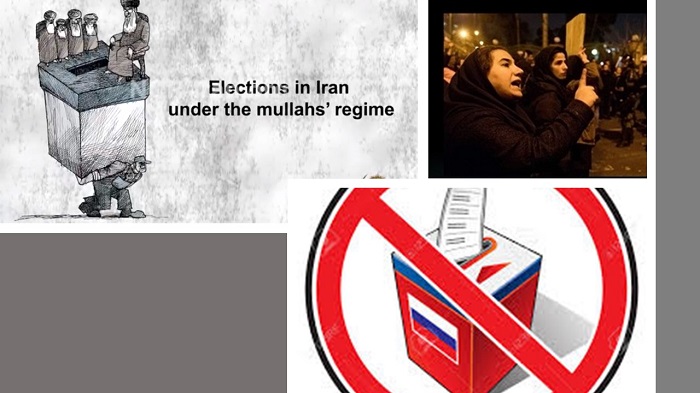 As Iranian people boycott the regime’s election, the West must stop appeasing the mullahs

The Iranian parliamentary elections will be held on Friday, but given that the regime is facing a multitude of domestic and international crises, the real focus is on trying to prevent the fall of the regime.

In previous elections, the regime created the false distinctions of “Hardliner” and “Reformist” to make it seem like the Iranian people have a choice in these elections and give the regime legitimacy on the international stage. After all, there seemed to the West like there was a chance for the mullahs to reform internally and bring democracy to Iran.

Thus, the West opened a dialogue with the regime, which led to the appeasement policy and the ignoring of the Iranian people’s resistance. This reached its peak with the signing of the 2015 nuclear deal, which gave the regime billions of dollars to use for its warmongering and terrorism.

The  Iranian people’s uprisings in 2017, 2018, 2019, and 2020 have demonstrated that the people reject the regime in its entirety, labeling reformists and hardliners as two sides of the same coin. While demanding freedom and democracy, the people chanted, “Reformist, Hardliner, the game is over”.

Khamenei chose the second option and made the Guardian Council eliminate 55% of the election candidates from the “reformists” faction in order to ensure that he has complete control over the next parliament.

President Hassan Rouhani, who leads the “reformists” faction, initially criticized the decision, saying that the “elections have turned into selections”, but in a desperate attempt to forestall the end of the regime, he walked back these comments with the bizarre excuse that he’d been talking about elections 40 years ago.

#Iranian people are being asked to cast their votes in a sham election to select new oppressors. As Rouhani and other #Iran regime officials know, many refuse to do sohttps://t.co/mPxx6ZOIij#MyVoteRegimeChange #BoycottIranShamElections#MEK @USAdarFarsi pic.twitter.com/beVroSReh0

He pleaded on Monday for people to vote in the elections, despite acknowledging that they are a farce. This exposes that there was never really any distinction between the factions of the regime. Both supported domestic oppression, the export of terrorism, and gaining nuclear weapons.

The West should know that their appeasement policy towards the mullahs has failed and the regime is now in an unstable situation. The people will be boycotting the elections, something that Maryam Rajavi, the President-elect of the National Council of Resistance of Iran (NCRI) said is a “patriotic duty”, and the West should stand with the people and their resistance.