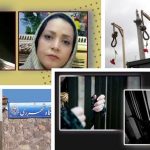 Written by Jennifer Jones-Kelley on February 15, 2020. Posted in NEWS 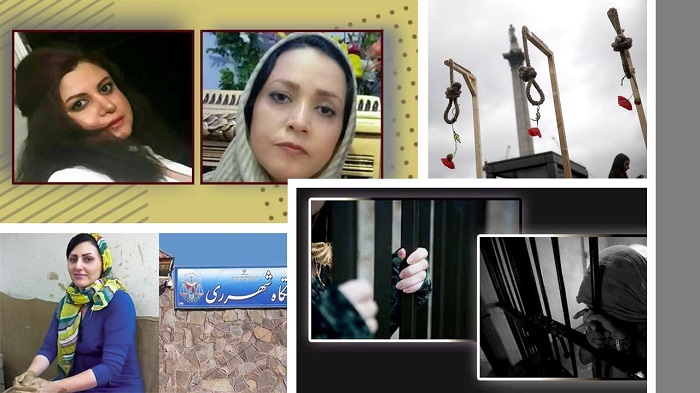 Political prisoners in Iran are under the dire humanitarian situation

MEK Iran and National Council of Resistance of Iran (NCRI) sources in Iran report numerous human rights violations over the past two weeks as part of the regime’s crackdown on political dissent. The regime has responded to widespread calls for the overthrow of the clerical dictatorship with mass arrests of protesters, torture of political prisoners, and the systematic targeting of MEK Iran members and supporters.

The #Iran regime has responded very violently to the protesters and many people have been killed because of the violence by state security forces#IranProtests #FreeIran2020 #MEK @USAdarFarsi pic.twitter.com/lSurRue2g7

Political prisoner Mehran Alipoor, 25, died in an Isfahan hospital on February 9th after suffering skull, nose, and abdominal trauma while in prison. Alipoor was among the 12,000 Iranian protesters who were arrested for their participation in the November Uprising and had been subjected to torture at the hands of security forces since his arrest.

Iran Human Rights Monitor (Iran HRM) has reported on the extreme forms of torture used by regime security forces on the arrested protesters, including beating, flogging, scalding with hot water, and sexual assault. Torture is used as a means to break prisoners’ spirits and coerce false confessions, which then may be broadcast on state-run television as propaganda.

New reports from the MEK Iran network indicate that an outbreak of tuberculosis has been confirmed in Fashafoye Prison. Thousands of those arrested during the November Uprising are currently detained in Fashafoye, causing severe overcrowding. Unsanitary conditions have caused the contagious illness to spread to 40 percent of the prison population. Prison authorities have so far neglected to take any action to halt the further spread of the disease.

The Iranian regime continued its assault on teachers this month with the sentencing of Eskandar Lotfi. The activist teacher and union member was sentenced to two years in prison on January 27th by the Penal Court of Sanandaj.  Three other members of the board of directors of the Teachers’ Union in Qazvin Province were ordered to pay fines.

#Iran
Three #womensrights activists Yasaman Aryani, Monireh Arabshahi and Mojgan Keshavarz were sentenced to more than 31 years in prison. https://t.co/nVAPq237M5
Shocking that there r #womenleaders #liberalwomen working for the interests of this repressive regime

The Iranian regime forbids labor unions that are not officially sanctioned by the government and has cracked down on teachers for their efforts to organize for better working conditions, adequate pay, usable health insurance, the release of their imprisoned colleagues, and regime compliance to previously agreed-upon terms. Iranian teachers complain that their wages fall below the poverty line and that they do not have sufficient materials to teach their students, and retired teachers often do not receive their pensions for months at a time. Teacher strikes have led to lengthy prison sentences for activists.

#Iran
In Aug 2019, three #women #civilactivists were sentenced to 6 years’ imprisonment. https://t.co/kNC9uWLyBT#IranWomen are paying the price for rights & freedoms. Support Iranian women who are the #force4change in Iran! pic.twitter.com/W9XINsPAIY

Fearful of the influence of the Iranian Resistance, the regime has rearrested a large number of former political prisoners and MEK Iran supporters in Tehran and other cities. The roundup of MEK Iran supporters coincides with the anniversary of the 1979 Revolution and precedes the Majlis (parliamentary) elections, which many have vowed to boycott.

On February 11th, the NCRI released a statement that read:

“On February 8, the Intelligence Ministry arrested former political prisoners, Majid Mowtab, 59, Majid Zabihi, 55, Hassan Tarvardian, 61, Reza Qoli Shirmohammadi, 65, and his 25-year-old son, Yasser Shirmohammadi, and took them to the Ministry’s prison in Tabriz, northwest Iran. The first four were imprisoned for several years in the 1980s.”

“In Zanjan, Ali Osanlou, 57, and his two sons, Morteza, 30, and Hamid, 24, were arrested on January 28. Last week, Mahmoud Yousefi and Mohammad Ali Karnama were arrested in Behshahr and Rostamkolah respectively. Both were political prisoners in the 1980s.”

The regime arrested tens of thousands of MEK Iran members in the 1980s as part of a systemic campaign to extinguish the organization.

NCRI President-elect Maryam Rajavi has repeatedly urged the international community to send a fact-finding mission to Iranian prisons to determine the status of those who are imprisoned there. Political prisoners face torture and death at the hands of the mullahs’ regime.