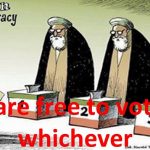 Written by Mohsen Aboutalebi on February 14, 2020. Posted in NEWS 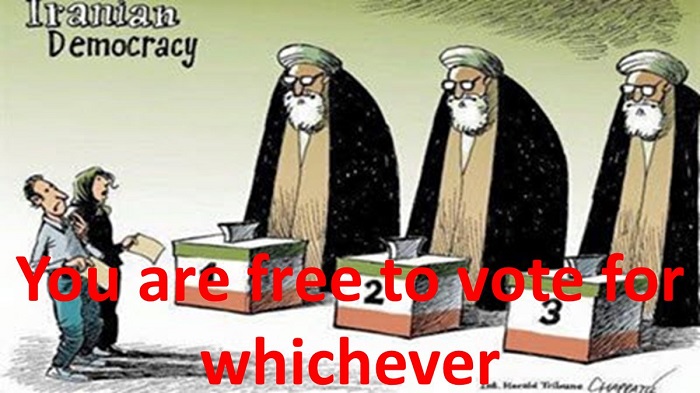 There is no Free Elections in Iran

Iran is about to face the latest parliamentary election. The Supreme Leader of the Iranian regime will be welcoming these elections because it gives him an opportunity to oust all those that oppose him.

The main opposition to the Iranian regime, the People’s Mojahedin Organization of Iran (PMOI / MEK Iran), has been campaigning for democracy in Iran for decades. The PMOI / MEK Iran has extensive support inside Iran and it has Resistance Units inside the country, acting as the voice for the people that are so heavily suppressed.

The Iranian regime has been dealing with crises after crises over the past few years. It has had many setbacks, but the biggest threat to its survival is the PMOI / MEK Iran and the will of the people. Despite the huge risks that they are taking, the people are still protesting, striking and holding anti-government demonstrations.

The most recent protests and demonstrations are centered around the sham parliamentary elections that are to take place imminently. PMOI / MEK Iran Resistance Units and brave people from all across the country are making their opinions about the elections heard.

Banners reading “Long live the PMOI / MEK Iran, death to the oppressor, be it the Shah or the [Supreme] Leader”, “My vote: regime overthrow” and “Rise up to overthrow the absolute religious rule, our vote is to overthrow”.

The PMOI / MEK Iran has always highlighted that the Iranian regime’s pillars are suppression and the spread of terrorism and chaos across the region. Without these, it will collapse and the people of Iran and the PMOI / MEK Iran are doing everything they can to see the regime fall sooner rather than later.

The PMOI / MEK Iran has drawn attention to the Iranian regime’s sham election process. It has emphasized that all election candidates, whether it be for the presidency or for parliament, are screened by the Guardian Council. The powerful Guardian Council, all of the members of which have been selected directly or indirectly by Supreme Leader Ayatollah Ali Khamenei, eliminate any candidates that they deem to be less than completely faithful to Khamenei.

Because of the most recent unrest in the country that has reached unprecedented levels, the Iranian regime is becoming more and more fragile and infighting is spilling over into the public domain. Huge rifts between the factions are becoming irreparable and the Supreme Leader needs to wipe out his opposition.

On February 21, the #Iran regime will hold its parliamentary election, but this could well be the crisis that tears the regime aparthttps://t.co/tBlJWp3fsO#BoycottIranShamElections #IranProtest #FreeIran2020 @USAdarFarsi pic.twitter.com/74gBoLhoFy

The public messages of support for the PMOI / MEK Iran and in particular leaders Mr. Massoud Rajavi and Mrs. Maryam Rajavi are being displayed in cities and towns the whole way across the country. The people are determined to make the regime understand that they will not accept the regime’s corrupt rule and they want some long overdue democracy.