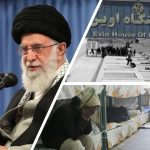 Tehran Overwhelmed By Protesters Chanting Death to the Dictator 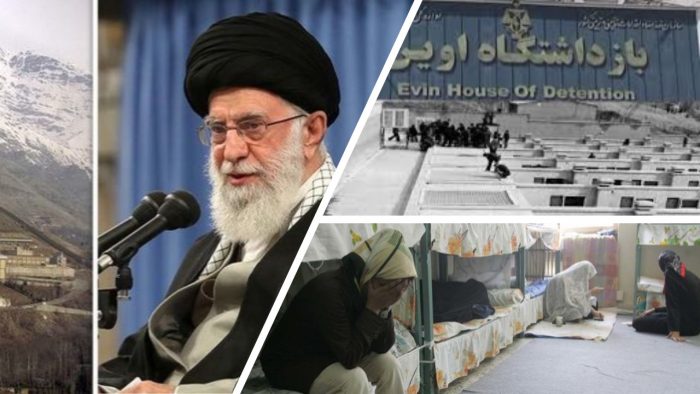 The notorious Evin prison, where political prisoners and protesters are subject to torture and abuse by the Iranian regime’s henchmen-File photo

A Daily Express article recently described the angry protests that took place last month in Tehran and other cities around Iran. The protests were part of a public backlash over numerous regime failures, one of which was due to the Iranian authorities openly admitting responsibility for the unintentional downing of the Ukrainian International Airlines passenger plane. The Iranian dissidents supported by the well renowned Mujahedin-e Khalq (MEK) were shouting “death to the dictator” at the protests.

According to the media report, the protestors were well educated and came from Tehran’s middle class. One was 32 years old Reza Amiri who fled Iran after the protests and is now speaking out from a location somewhere in Europe. Reza was arrested in 2018 for supporting the MEK and was handed a 20-year prison sentence. He recalls the horror stories of the way he was treated in the Evin prison where British-Iranian mother Nazanin Zaghari-Ratcliffe is still imprisoned.

The Daily Express report further stated that Mr. Amiri said he was treated brutally and was not only kept in isolation but deprived of food and sleep and was subject to a continuous onslaught of insults and threats. All this due to his support for the MEK, the main opposition to the mullahs ruling Iran, which openly opposes the atrocities regularly committed by the Iranian regime and is seeking freedom for the Iranian people. His torturers were trying to extract names of key MEK supporters.

Mr. Amiri reported that many of the prisoners’ screams that could be heard through the building showed the psychological torture faced by those imprisoned and how this affected him more than anything else. He was firm in his belief that despite having to bear the horrors of imprisonment that it would eventually lead to the MEK goals of freedom to the Iranian people once the current regime is crushed.

The atrocities within the Evin prison weren’t just confined to MEK supporters but back in 2003 Zahra Kazemi, a Canadian Iranian journalist detained for photographing the prison, died of a brain haemorrhage due to continual torture and beatings.

Photojournalist Zahra Kazemi was murdered by #Iran's authorities 11yrs ago today. Her memory lives on & Canada will continue to seek justice

Other atrocities emerging from the Evin prison, according to the newspaper report, came from Iranian women who stated that rape was used to force information out of them. The Express reports that one of such prisoners who was held in Evin, when she was only 16 years old (back in 1986) recently told Sky News that when kept in solitary confinement she was raped repeatedly. This sort of abusive treatment it appears has changed little over the years. There have been recent reports of prisoners being subject to around the clock beatings and even one Farzad Madadzadeh told the MailOnline that he was electrocuted as well as being forced to succumb to torture 24/7.