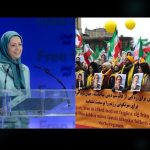 Maryam Rajavi: A Free Iran Endowed With People’s Sovereignty Is on Horizon

Written by Amineh Qaraee on February 9, 2020. Posted in NEWS 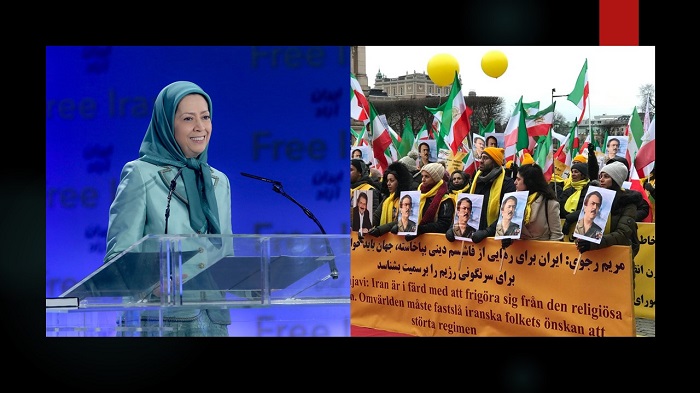 Mrs. Rajavi addressed the rally in Stockholm via video messages.

On February 8, 2020, the Iranian diaspora and supporters of the Mujahedin-e Khalq (PMOI/MEK Iran) and the National Council of Resistance of Iran (NCRI) held a series of rallies in the UK, Sweden, Canada, and the US on the anniversary of 1979 anti-monarchic revolution and in support of the Iran uprising.

February 8
Iranians in the UK & Sweden rallying in support of #IranProtests & the PMOI/MEK network inside #Iran. pic.twitter.com/47toUW5ckT

Addressing the demonstrators in Stockholm, Mrs. Maryam Rajavi, the President-elect of the National Council of Resistance of Iran (NCRI), said:

“Your gathering and rally today in Stockholm is a clear testament to the Iranian people’s relentless resolve to achieve freedom and to overthrow the inhuman clerical regime.”

Mentioning the common nature of the religious dictatorship and monarchy in Iran, she emphasized:

“Dictators, both the Shah and the Sheikh, believe that they are entitled to a lifetime of dictatorship. That is why they recognize no bounds when it comes to shedding the blood of innocents and committing other crimes. But history teaches us that victory and staying power belongs to the unyielding right of the Iranian people to freedom and democracy.”

Concerning the current condition of the country, forty years after the 1979 revolution in Iran, she said:

“As a result of the mullahs’ usurpation of power, for over 40 years now, our nation has been under the occupation of criminals that have generated a disgraceful record replete with corruption, lies, theft, destruction, death, and spread of fundamentalism, terrorism and misogyny.”

“It has presided over a crumbling the economy, with one of the highest inflation rates in the world, closure of industrial factories, bankruptcies of financial institutions, and more than 10 million unemployed people, over half of whom are university graduates. The mullahs have imposed circumstances in which 60 percent of the labor force are pushed out of the labor market.Their policies have led to the increasing rise in the 20 million strong population living on the fringes of the cities. They have created a situation in which Iran is now fourth on the international ranking of the most miserable countries in the world. Indeed, after 40 years of the mullahs’ rule, we are confronted with a country whose soil is destroyed, its air is polluted, its forests have been devastated, its lakes, ponds and rivers have been dried and its environment destroyed.” Mrs. Rajavi added.

I am proud to say that over the past 40 years, the struggle for freedom has not ceased. Today, this struggle manifests itself in the Iranian people’s uprisings, including uprisings from December 2017 to November and December 2019, and January 2020, and show no signs of abating. pic.twitter.com/tOdMdxPioC

In conclusion, the President-elect of the NCRI  stressed that the international community has a duty to call for the release of uprising detainees, to refer the dossier of the regime’s crimes to the United Nations Security Council, and to adopt a firm policy in the face of the regime’s human rights violations, terrorism, and warmongering in the region.