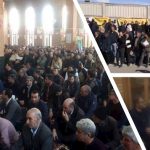 Written by Mohsen Aboutalebi on February 4, 2020. Posted in NEWS 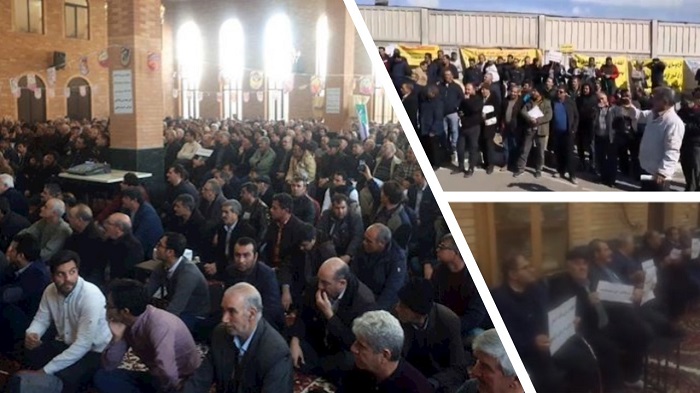 Mujahedin-e Khalq (PMOI/MEK Iran) network inside Iran reported that protests erupted in various Iranian cities, including Tehran, on Saturday and Sunday, showing once again that this country is a powder keg just waiting for a lit match.

Let’s look at just some of the protests that took place over the weekend.

Truck drivers gathered outside the judiciary building in Tehran to protest the mullahs’ hollow promises about providing new trucks for anyone that handed in their old vehicles. The drivers handed over their trucks to benefit for the government scheme, but never received any new trucks, so the regime essentially stole from the drivers.

The drivers chanted, “We have been betrayed and our assets have been stolen!” and “Saipa Diesel [Company] shame on you! Let go of this industry!”. The second chant involved the company that was obligated to deliver the new trucks in 2017 but now refuse to do so, claiming that the price of the new trucks has increased.

Numerous cities across Iran, including Tehran, were scenes of various types of protests on Sunday, February 3, and Saturday, once again indicating the powder keg nature of a nation just waiting to erupt yet again.#Iran#IranProtestshttps://t.co/380HzcmVdK

Meanwhile in Shiraz, Telecommunications Company retirees protesters against company officials’ mismanagement outside the Fars governorate office and demanding the $3 million payment they deserve.

“It has been over 13 years since officials have been promising answers to our demands. During these years, we have held numerous protest rallies. We have even put up tents in the company courtyard and held gatherings outside the Ministry of Industries, Mines and Trade, and where we are today.”

In Alvand, public workers who have not been paid for two to four months complained about mismanagement and financial issues in the department.

In Khuzestan Province, a group of workers in the Water and Sewage Department held a gathering outside the department office in Ahvaz protesting very low paychecks and lack of job security.

While Arvand Company petrochemical workers in Bandar Mahshahr protested the company’s decision to change their contract status and went on strike over this decision that puts their jobs in danger.

Storeowners in Soufian closed down the local market and held a protest outside the grand mosque to demand answers to questions about the city’s property documents. This brought the entire town to a standstill.

In Hamedan, workers of the Khosh Noush Company gathered outside the Trade, Work & Social Welfare Department to demand the right of early retirement after working 20-25 years in difficult jobs under harsh circumstances.

In Lavasan, roughly 100 people rallied outside the mayor’s office to protest land confiscation by people linked to regime officials.

These are just some of the protests and we can be sure that they will not stop until Iran is free.