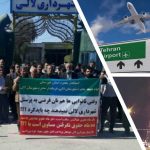 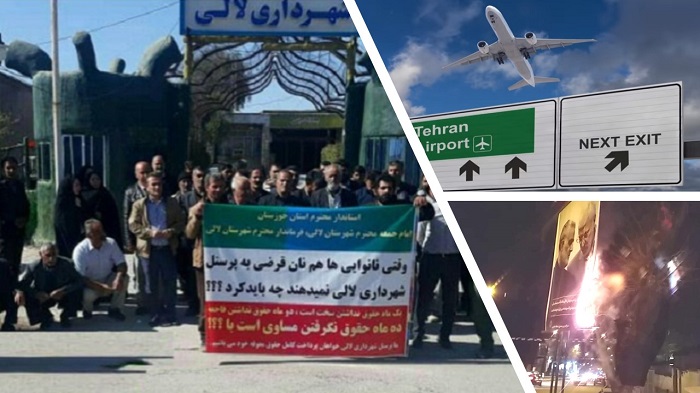 Demonstrations by Iranians around the world

The supporters of Mojahedin-e Khalq (PMOI/MEK Iran) held a series of rallies in Ottawa and Toronto (Canada), Oslo, Yotobori and Malmö (Sweden), and Copenhagen and Aarhus (Denmark). The rallies were in support of the nationwide uprising of the Iranian people and the Resistance units. The participants in the rallies demanded human rights for Iran, recognition of full rights for Iran protests, and action by the international community to hold the UNSC meeting on Iran.

#IranProtests: Demonstrations by Iranians Supporters of the #NCRI and #MEK Around the World in Support of the Nationwide Uprising https://t.co/qYzsd96Il5#FreeIran2020

On February 2, 2020, the Secretariat of the National Council of Resistance of Iran (NCRI) reported that in the early hours of Saturday, Resistance Units posted pictures and messages of Mrs. Maryam Rajavi, the President-elect of NCRI, and Mr. Massoud Rajavi, the Iranian Resistance’s Leader, in several locations in Tehran and in Ahvaz. The banner read, “Death to the oppressor, be it the Shah, or the Leader (Khamenei), hail to Rajavi,” “Death to Khamenei, hail to Rajavi,” and “Khamenei is a murderer.”

” The same day, posters of the eliminated terror master Qassem Soleimani were torched in several cities, including Tehran, Tabriz, Behbahan, Iranshahr, Shahroud, Shahr-e Kord, Karaj and in Lorestan Province.” The statement by the NCRI added.

Sources from the MEK Iran reported on Sunday, February 2, 2020, protesting against plundering students by the local officials, students of Art college in Theran gathered on the campus. They chanted: “where is justice, where?”.

On Sunday, February 2, municipality’s employees in the town of Lali in Khuzestan province, gathered protesting against the ten-month delay in payments. The banner they carried reads: “one-month delay is hard, two months is a catastrophe, and ten-month delay is ????” and “the bakery does not give us bread asking us money, what is to be done?” 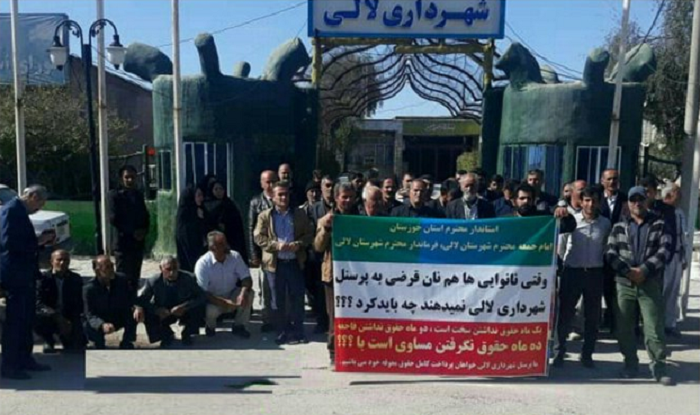 On Sunday, February 2, 2020, protesting against low salary and undefined status of working, some of the workers of Khuzestan Sewage Dep. held a protesting gathering before the company’s headquarters in Ahvaz.

On February 02, 2020, the Reuters, in breaking news from Ukraine, reported that intercepted communications were released by TSN. Tyzhden between Tehran Airport tower and second pilot of Iran’s Aseman Airlines flight at the time of the crash of Ukraine International Airlines flight PS752.

The Iranian civilian plane’s pilot saw both the missile launch and the blast, audio recordings, TSN says were received from intelligence services. “But most importantly, the record shows that Iranian airline services didn’t simply conceal the true cause of the UIA plane crash.

The record proves that the Iranians saw the missile from the moment of launch and to the very moment it hit the Ukrainian plane,” the report says. The Ukraine Airlines flight PS752 took off from Tehran Airport at 6:20 on January 8, 2020.

On February 2, 2020, the Reuters reported that Saudi Arabia has barred an Iranian delegation from attending the Organization of Islamic Cooperation (OIC) meeting in Jeddah on Monday, where U.S. President Donald Trump’s Middle East peace plan will be discussed, the Iranian foreign ministry said.

“The government of Saudi Arabia has prevented the participation of the Iranian delegation in the meeting to examine the ‘deal of the century’ plan at the headquarters of the Organization of Islamic Cooperation,” ministry spokesman Abbas Mousavi said, according to Fars news agency.

There was no immediate comment from the Saudi officials.