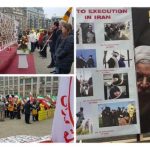 MEK Iran Gatherings in Support of People of Iran

Written by Amineh Qaraee on January 28, 2020. Posted in NEWS 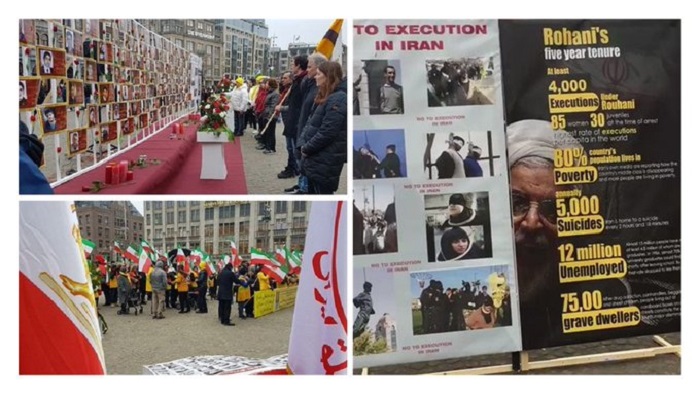 Hundreds of Iranian diaspora, supporters of the MEK Iran in the Netherlands held a rally in solidarity with the Iran protests- Sunday, January 26, 2020

Mujahedin-e Khalq (PMOI/MEK Iran), and the National Council of Resistance of Iran (NCRI), have been working tirelessly to bring recognition to the fight that the people of Iran are fighting.

The people of Iran have been holding protests, anti-government demonstrations and strikes across the country for quite some time, with activity increasing over the past few months. The MEK Iran has increasing support inside Iran and it has Resistance Units across the country that are very active in supporting the protesters, raising awareness and making the people’s resistance known. The MEK Iran has also had the unfortunate task of gathering the names of those that have been killed by security forces during the uprising that started in mid-November last year.

The MEK Iran and the NCRI have been very active outside the country. Supporters of the MEK Iran have been holding gatherings in cities across the world in recent days and they have voiced their solidarity with the people of Iran who are struggling to obtain even the most basic of human rights.

#MEK and the NCRI have been holding protests and gatherings outside #Iran in order to garner support for the people of Iran in their quest for freedom from the mullahshttps://t.co/x6m4zSS05h#IranProtests #FreeIran2020 @USAdarFarsi pic.twitter.com/7Gv2GgPOxD

The MEK Iran has shared images of the solidarity gatherings that have taken place. MEK Iran supporters took to the cold snowy streets in Canada to call for the immediate release of all jailed protesters. They also called for the brutal and criminal mullahs to be brought to justice.

MEK supporters in the Netherlands gathered in Amsterdam to voice their determination in ensuring that the future is a more positive one for the people of Iran. They were heard chanting “We will not back down, instead we fight on for our freedom”. They highlighted that President Hassan Rouhani is not the moderate that he is made out to be, explaining that there have been thousands of executions carried out since he took office.  MEK Iran supporters in Amsterdam also paid tribute to the 120,000 martyrs that died trying to achieve freedom for the people of Iran, including the 1,500 protesters that were killed by security forces during the recent protests.

Gatherings also took place in support of the MEK Iran in Austria, Denmark, and Sweden. The general consensus is that the people of Iran are not alone and that there are many people around the world that have invested in a free Iran in which the people are able to benefit from freedom and democracy.

Since the beginning of the nationwide #IranProtests in Nov. the exiled Iranians& #MEK supporters have held various protests gatherings around the world echoing the voice of the Iranian people and their call for #IranRegimeChange. https://t.co/5JKtp5JbtF

The MEK and the NCRI have significant support from members of parliament, lawmakers and important political figures. This support is bipartisan and is a reminder to the people of Iran that they have the backing of the international community and that their fight is not in vain.