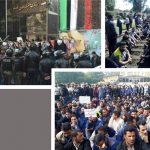 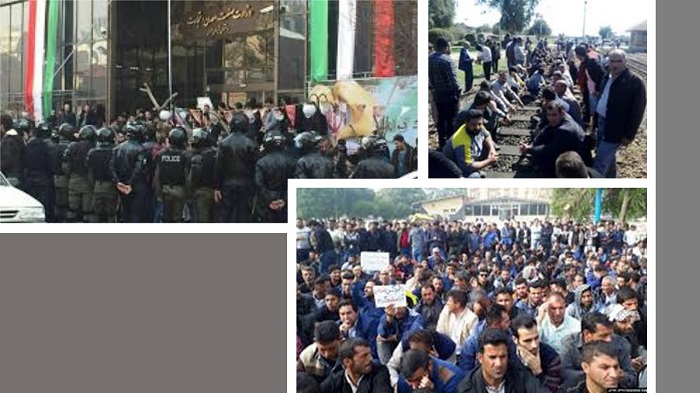 On January 22, 2020, workers of Petrochemical Factory of Bandar Khomeini, one of the major and important petrochemical factories in Iran, protesting unpaid wages, went on strike for the second consecutive days. 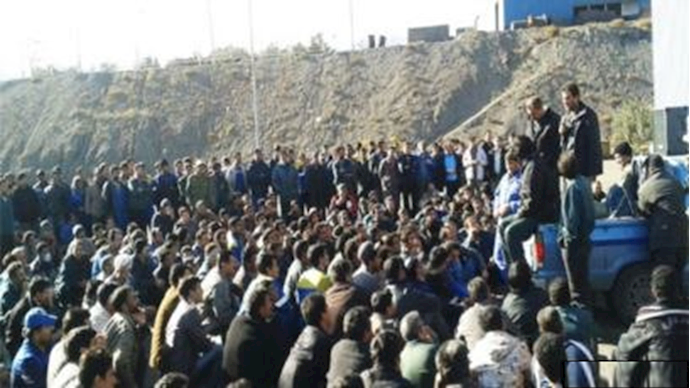 January 23, 2020- workers of Bahavan Barad Co. in Chadermlou Mine compound on strike, province of Yazd

and held a protest gathering in the company’s compound in protest of firing twenty workers and unpaid salaries.

In another event, opposing against unpaid salary for five months and shutting down of some projects, on Tuesday, January 1, 2020, railroad workers in Eslamabad-e-Gharb held a protest gathering before the offices of the Khamenei’s representative and the governor.

On Wednesday, January 2, 2020, some of the municipality’s employees along with their families, in the city of Bandar Lengeh, held a gathering to protest five months of unpaid salaries.

According to the resources of the Mujahedin-e Khalq (PMOI/MEK) in Iran, on Thursday, January 23rd, farmers in the central province of Isfahan, held a gathering in protest of building a Heating Power Plant on the riverbed. The angry farmers destroyed the built wall by the regime.

On Thursday, January 23, 2020, protesting liquid gas deficiency and lack of providing liquid gas in Sistan, a group of people in the Sistan and Baluchestan Province held a protest gathering before the Zabul government building. The placards they carried read: “our authorities are our disgrace”, and “people of Sistan rather die than live in nadir”, etc.

One of the protesters said: “The government promised us to bring liquid gas line last year, but it seems only the gas cylinders are supposed to arrive! Cylinders are not even available, and this is the problem here.”

On Wednesday, January 22, 2020, a group of young people were engaged in a conflict with the suppressive police station in Zahedan. The conflict began when the security forces tried to confiscate the motorcycle of a young man that was his only means of making money and providing for his family’s economic needs, MEK sources reported. The regime’s repressive agents tried to intimidate him by shooting; however, he did not give up, the sources reported.