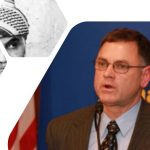 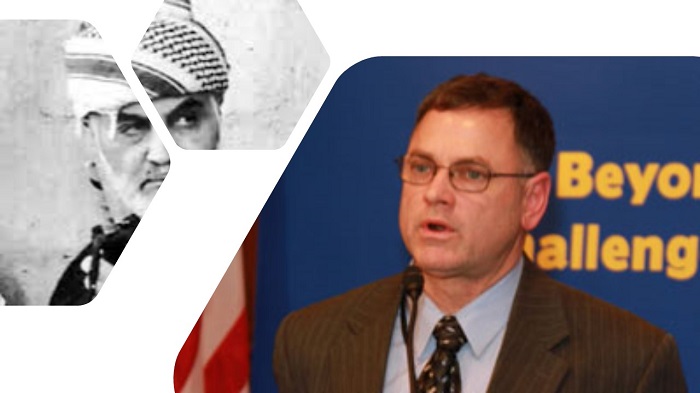 Thomas Cantwell in an article in Townhall describes Soleimani’s crimes

Townhall published an article on Thursday by retired U.S. Army Colonel Thomas Cantwell that characterized Revolutionary Guards (IRGC) Quds Force chief Qassem Soleimani, who was recently killed by a U.S. drone strike, as “an obstacle to both U.S. interests and Iranian democracy.”

Colonel Cantwell was the U.S. military officer in charge of protecting MEK Iran members while they were living at Camp Ashraf in Iraq. During his time in Iraq, Cantwell bore witness to a number of missile attacks on Camp Ashraf, which were ordered by Soleimani.

“Iraqi militias operating at the behest of Soleimani carried out a full-scale assault on exiled Iranian dissidents residing in eastern Iraq. This city, known as Camp Ashraf, had been the home to thousands of members of the main Iranian opposition, the Mujahedin-e Khalq (MEK Iran). In a September 2013 attack, 52 innocent residents were brutally massacred.”

Cantwell added that the attack was not an isolated event, writing: “The assault was one of the last in a list of 40 terrorist attacks on Camp Ashraf and the temporary MEK Iran settlement at Camp Liberty, which were attributed to Soleimani. Between 2009 and 2016, the Quds Force was ultimately responsible for the killing in Iraq of at least 141 MEK Iran members. Yet the overall community’s survival thwarted Tehran’s larger plan to strike a blow against the organized push for regime change in Iran.”

Col. Thomas Cantwell: #Iran’s Top General Was an Obstacle to Both US Interests and Iranian Democracy https://t.co/RABn4P0TTA#QassemSoleimani#IRGCTerrorists

Destabilization of Iraq and Lebanon

Cantwell also noted the destabilizing influence of the Soleimani across the Middle East, writing: “It was the Iranian regime’s meddling in Iraq that crippled a pluralistic government in Iraq and paved the way for the rapid spread of the Islamic State (ISIS).”

He also pointed out that Soleimani was responsible for the deaths of hundreds of American service members and countless civilians in Lebanon and other locations in the Middle East who fell victim to terrorist attacked by the regime’s proxies.

According to Cantwell, some of Soleimani’s worst crimes resulted from his support of Syrian dictator Bashar al-Assad. “Soleimani enabled a litany of human rights abuses, leading to hundreds of thousands of deaths and millions of people displaced,” wrote Cantwell.

Cantwell noted that during the most recent round of protests, people have demanded an end to wasteful spending in Syria. “The Iranian people have long recognized this regional force projection as a part of the clerical regime’s strategy for holding onto its power in the face of ever-growing popular dissent and diplomatic isolation,” he explained.

When discussing the regime’s retaliatory strike on U.S. military bases, Cantwell cited his experience with MEK Iran members in Iraq. “It fired 15 missiles against U.S. bases in Iraq as ‘revenge’ for Soleimani’s elimination. But compared to the 80 missiles launched against Camp Liberty dissidents in Iraq in 2015, this was an insignificant move. It was a pathetic propaganda tool meant to boost the defeated morale of IRGC personnel inside Iran,” he stated.

#Iran #News #Breaking #News: Some 50 rockets were fired at #CampLiberty; parts of the camp… https://t.co/tl1N1xPUKf pic.twitter.com/BtYa8OjcQu

Finally, Cantwell urged the world to look past the public spectacle of Soleimani’s funeral when determining his popularity and legacy. According to Cantwell, “The public rejoicing across Iran, Iraq, Lebanon, and public displays of hatred toward his portraits during recent protests, are a more reliable signal that the ayatollahs’ demise looms on the horizon.”