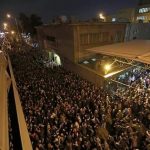 Written by Mohsen Aboutalebi on January 13, 2020. Posted in NEWS 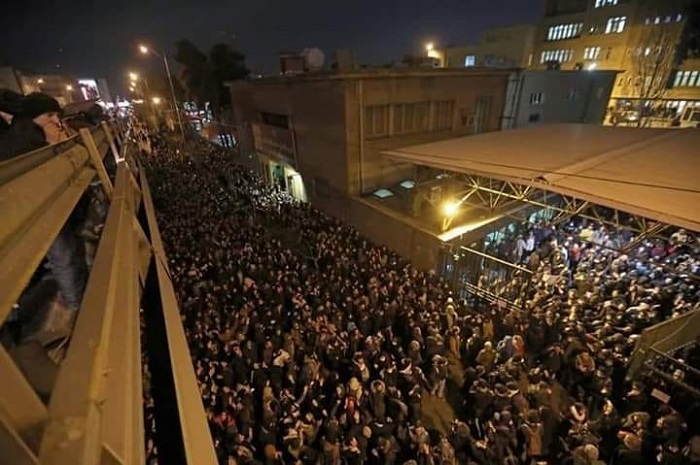 Despite the bloody crackdown by the Iranian regime; the brave people of Iran continue their protests- January 2919, Tehran, Iran

The people of Iran are continuing to rise up against the Iranian regime. From last November, the people have been making their voices heard and ensuring the regime understands that they will not tolerate its despotic rule. Protests started after the Iranian regime announced that petrol prices would be rising drastically.

Despite the regime’s attempts to silence them, the people have continued to participate in the most significant uprising of recent times.

Since the beginning of the year, the Iranian regime has faced one blow after another. On 3rd January, Qassem Soleimani, the chief of the Quds Force, the extraterritorial branch of the Islamic Revolutionary Guard Corps (IRGC), was killed during a US drone attack.

The Iranian regime took this development hard and it responded furiously. Propaganda has been in full-force since the death and the regime has portrayed an image of Qassem Soleimani as some sort of national hero and that the people of Iran were in mourning. However, people have not considered him to be a hero – they consider him to be one of the top terrorists in the country.

Although the people have had to celebrate behind closed doors, social media has been awash with messages of joy and images of celebration.

The main opposition to the Iranian regime has been instrumental in the widespread protests that are taking place. The Mujahedin-e Khalq (PMOI/MEK Iran) and the National Council of Resistance of Iran (NCRI) have been encouraging the people of Iran and the many “Resistance Units” across the country to continue voicing their desires with regards to change in Iran.

In the city of Qods, just outside Tehran, Iranian women were seen tearing down posters of Soleimani. In the streets of the capital, protesters were also heard chanting for the mullahs and their cannons, tanks, and firecrackers “to get lost”.

Maryam Rajavi, President-elect of the NCRI, has praised the people of Iran for their Resistance, encouraging them to maintain momentum. She also commended them for their bravery and their participation despite the huge consequences that they could face.

Protests took place the whole way across the country and the general consensus is that they want the regime to fall. Many people were heard calling for the commander of the armed forces to hand in his resignation and they loudly condemned the notorious IRGC for its terrorist and belligerent activities across the region.

The defiance of the people is becoming more resolute and there is no way out for the regime. There is nothing that will placate the people of Iran while the mullahs still hold power.  The regime is incapable of reform and it has displayed no hint of moderation since the so-called “moderate president” Hassan Rouhani took office.

Regime change is imminent and it is not the people of Iran that will benefit, but the entire international community.