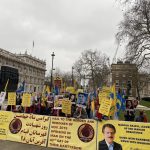 MEK Supporters Rally in Solidarity With Iran Protesters in London 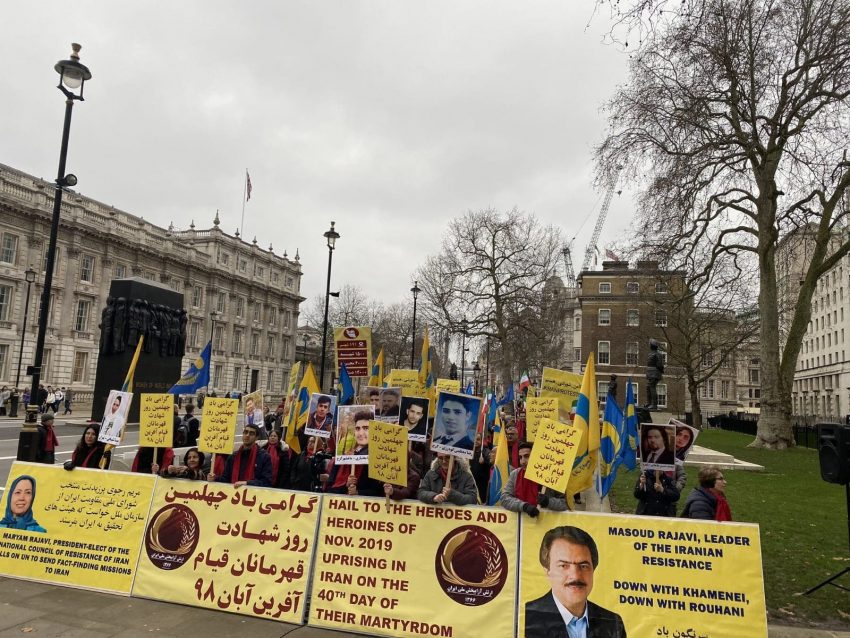 The supporters of the Mujahedin-e Khalq (MEK) rally in London in front of No.10, Dawning street, to show solidarity with Iran protesters and 1,500 heroes that were slain by regime repressive forces during November 2019 protests

Supporters of MEK rallied in London on Saturday, December 28 to reiterate their support for the nationwide protests of the Iranian people and to mark the 40th anniversary of the killing of more than 1,500 Iranian protesters in November this year by Iranian security forces. The rally was held in front of the 10th Downing Street, the official home and office of the British Prime Minister.

MEK rally was attended by hundreds of supporters of the Iranian opposition (the National Council of Resistance, and the People’s Mojahedin Organization of Iran-PMOI/MEK) also by independent British political figures.

The participants, while condemning the inhumane crackdown on protesters, paid tribute to the victims near a monument that had the images of some of the youth protesters slain by IRGC repressive forces, while a group of young MEK supporters performed a song in solidarity. Attendees lit candles and left flowered around the symbol of the fallen heroes.

Roger Lyon the former chairman of the MSF Trade Union Union and a member of the British Labor Party spoke at MEK’s rally. Mr. Roger expressing his support for the popular uprising in Iran, said, “The international community should not be silent about this crime”; he urged British officials to clarify their position on “committing such a crime by the Tehran regime.”

Speaking on the occasion, Reza Al-Reza, the Secretary-General of the Jaafari Shiite Delegation of Iraq, said: “What the Iranian regime has done, the killing of 1,500 people in cold blood, most of them young, is a great crime against humanity.” “It’s really shameful if the international community is silent on this crime,” he added.

Al-Reza cited the uprising of the Iraqi people against the “Iranian regime’s influence and interference in Iraq” and reiterated, “The struggles of the Iranian and Iraqi people against the extremism and sectarianism of the religious dictatorship ruling Iran are tied together and two nations have risen up against one enemy”.  “The international community must condemn this inhumane crime”, he added.

Another speaker at the rally, Dr. Hamid Reza Taherzade, a musician and member of the National Council of Resistance of Iran (NCRI), insisted that “Iran’s religious tyranny is on the verge of collapse, which is the reason it has committed genocide.” Taherzadeh said: “The regime has committed a crime against humanity, and all the officials and perpetrators of this crime must be prosecuted in the international criminal court”.

The demonstrators chanted slogans against Ali Khamenei, the leader of the religious fascism ruling Iran, calling for the overthrow of the entire regime with all its fractions.