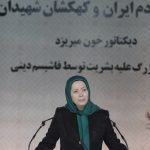 Commemoration of the Martyrs of Iran protests at Ashraf-3, home of the MEK

Written by Esmail Mohades on December 24, 2019. Posted in NEWS 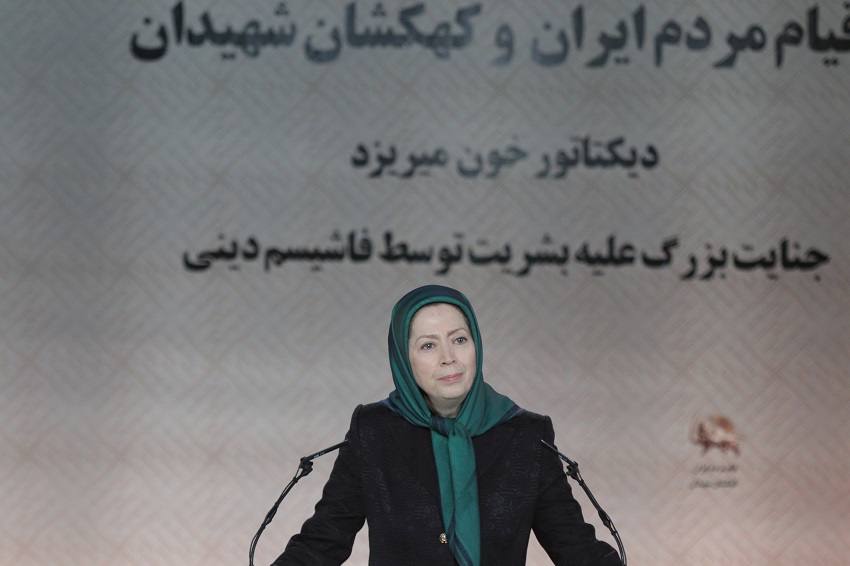 The President-elect of the NCRI, Maryam Rajavi speaking at a gathering in Ashraf 3 (MEK’s main compound in Albania), marking the 40th day after the martyrdom of the Iran Protesters- December 22, 2019

On December 23, 2019, the Secretariat of the National Council of Resistance of Iran released a statement in regards to a gathering of the Mujahedin-e Khalq (PMOI/MEK) at Ashraf-3 in Albania, to honor the 40th-day commemoration of over 1,500 martyrs during the November Iran protests.

Mrs. Maryam Rajavi, the President-elect of the NCRI was the keynote speaker to the gathering. Addressing the enthusiastic MEK members, Mrs. Rajavi slammed the Iranian regime’s Supreme Leader’s criminal orders for putting an end to the nationwide protests and said: “Khamenei is dead wrong if he thinks his decadent regime will survive by committing a crime against humanity. November massacre signals the final phase of regime rule.”

Martyrs of #Iran Uprising have exposed Khamenei as the most reviled dictator of our time #IranProtestshttps://t.co/0QwdTT12fk pic.twitter.com/uG1obySnfn

Mrs. Rajavi emphasized that “the November 2019 uprising dealt a major, devastating, and irreparable blow to the regime in its entirety. Angry protesters confronted the regime’s suppressive forces by destroying the mullahs’ centers of repression and plunder… It showed the path to, and the prospects of, the victory of the uprisings and the liberation of Iran. “

Mrs. Rajavi said “the November uprising was the scene of a showdown between protesters, young people and resistance units on the one hand, and on the other hand the regime in its entirety, including its suppressive forces and its political apparatus. The Islamic Revolutionary Guard Corps (IRGC) took over control and command for suppressing protests. All suppressive forces acted under the direct command of the IRGC. Yet, they failed to bring the situation under their control. At 6:45 a.m. on Sunday, November 17, the mullahs’ supreme leader Ali Khamenei hurried to the scene to personally issue the order for an all-out suppression of the uprising…. The regime deployed armored personnel carriers, tanks, and helicopters in some cities.”

We extend our gratitude to the families and resistance units who took the risk and collected the names and pictures of the martyrs of the uprising #Iran #IranProtestshttps://t.co/0QwdTT12fk pic.twitter.com/JNjQ2a4fvg

She also underlined that “the massacre of 1,500 youth intensifies the Iranian nation’s rage and strengthens the Iranian people’s resolve for freedom.  The bloody November uprising also dashed certain myths and illusions about the regime. It showed that no one in Iran has pinned any hope on change from within the regime. The only solution is the overthrow of the regime in its entirety, and this will definitely happen.”

Mrs. Rajavi called on the Security Council to declare regime’s leaders such as Khamenei, Rouhani, Ali Shamkhani, secretary for the Supreme Security Council, and Hossein Salami, the IRGC’s commander, as perpetrators of crimes against humanity to face justice.

She also called on the United Nations to immediately dispatch fact-finding missions to Iran to investigate the situation of those killed, wounded and imprisoned.

“This ceremony is held on behalf of all the bereaved parents in Iran. I send you my sincerest and heartfelt condolences on the loss of your loved ones and commend you for your perseverance.”

“I am speaking to the courageous people and youths of Iran, to the bereaved families, especially the grieving mothers, on behalf of a Resistance movement which has struggled against the atrocities and demagoguery committed by the ruling mullahs over the past 40 years,”