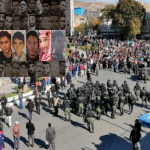 MEK Iran: Regime Denies Being Responsible for Hundreds of Deaths in Iran Protests

Written by Esmail Mohades on December 17, 2019. Posted in NEWS 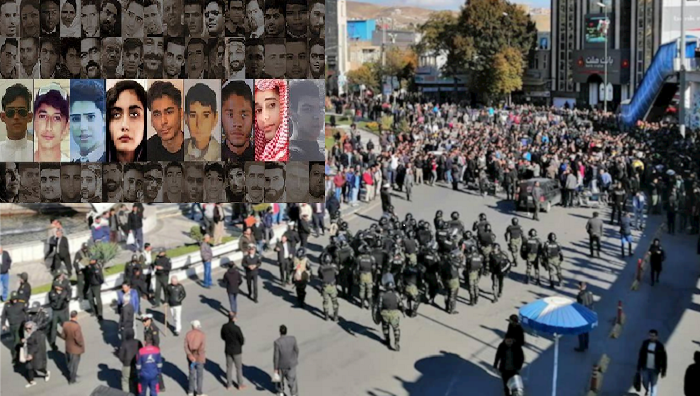 MEK Iran: 1500 have been killed by the Iranian regime in Iran Protests

The Mujahedin-e Khalq Iran (PMOI / MEK) has been encouraging the people to keep resisting and to push their movement towards freedom forwards.

During the past month, what started as protests about an economic concern has turned into a major uprising. The regime has responded extremely violently, killing protesters and injuring many thousands. The MEK Iran has said that more than 1,500 protesters have been killed and more than 4,000 injured.

MEK Iran has reported that the uprising has spread to almost two hundred towns and cities across the country.https://t.co/m40HVhoNjz#Iran #IranProtests #MEK @USAdarFarsi pic.twitter.com/Dgo46oMPyy

Reports from the MEK Iran indicate that there have been countless people shot in the back, chest or head, often at point-blank range. Amnesty International has analyzed videos provided by the MEK Iran and people on the streets in Iran. After verification of the footage, the organization has concluded that the security forces confronting the unarmed protesters are “shooting to kill”.

The regime has tried to deny that it is responsible for the chaos that is going on in the country. It has also tried to stop the rest of the world from finding out what is happening in the streets. Just after the protests broke out over a month ago, the regime ordered the Communications Minister to implement an internet blockage. The aim was to prevent news spreading outside Iran’s borders, but also to stop the people and the MEK Iran from being able to coordinate further protests.

Regime officials have gone as far as to deny killing protesters, saying that the opposition was involved. The secretary of the Supreme National Security Council (SNSC) Ali Shamkhani met with families of some of the victims of the uprising. He said that he was sorry about the deaths, but in the same breath said that “more than 85 percent of the victims” in the province of Tehran were not participants in the protests. Shamkhani said they were killed with “unofficial cold weapons and firearms” and added that the regime is “confident that the opponents [of the state] are carrying out a project of fabricating victims”.

The regime’s latest effort to evade its crimes against humanity: Blame the protesters for their own deaths#Iran#IranProtestshttps://t.co/4cUHPlh8nP

(It must be noted that Ali Shamkhani himself has called on the Supreme Leader to take action to contain the public discontent.)

The MEK Iran has reacted to Shamkhani’s accusations, saying that the only people that have been armed since the uprising started are the suppressive forces sent by the regime. The MEK Iran points out that there are countless images and videos circulating on social media in which the regime’s agents can be seen firing shots at defenseless and unarmed protesters.

The regime is in a precarious situation because it knows that the MEK Iran and the people of Iran are determined for regime change. It knows that its collapse is inevitable and it is trying, on the one hand, to extinguish dissent and resistance (with violence), while on the other hand, trying not to draw attention to its crimes against humanity given the potential consequences of international pressure.