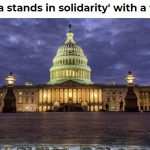 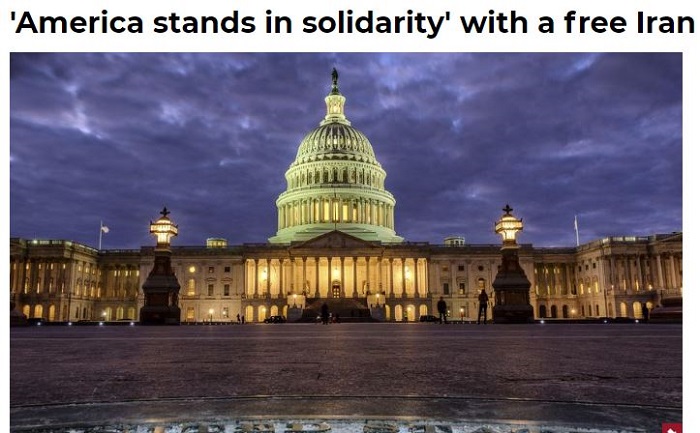 On December 12, 2019, the Washington Times reported that the “Lawmakers on Capitol Hill this week introduced the first formal piece of legislation expressing explicit support for the demonstrations that have rocked Tehran and condemning the government’s violent response,”

“With this resolution, Congress is sending the strong, bipartisan message to the people of Iran that we support their democratic aspirations and will do everything in our power to hold this regime accountable for its deliberate human rights violations,” said Rep. Joe Wilson, South Carolina Republican and co-sponsor of the bill, according to The Washington Times.

On November 15, 2019, a widespread protest erupted all across Iran. The protests first sparked because of fuel prices hike but immediately turned to become the largest uprising in the past 40 years demanding the overthrow of the regime.

On December 11, 2019, representatives of US Congress in a House briefing titled “Congressional Solidarity with a Free Iran” declared their support and solidarity with the Iran protests.

“The more the story of Iran is told of its proud ancient heritage of freedom and civilization, and of its current curse of despotism and terror, the more the world has rallied to your cause. We’ve seen this in the liberation of the MEK freedom fighters trapped in Iraq, we have seen it in the growing opposition to Iran throughout the Middle East, we’ve seen it in the strong leadership of President Trump with his refusal to succumb to the weak appeasement policies of the past. We see it also in the House of Representatives, where 123 of my colleagues from both parties have co-sponsored my bill, H.Res 374. In it, we unequivocally condemn Iranian state-sponsored terrorism and express in no uncertain terms our support for the Iranian people’s desire for a democratic secular and non-nuclear republic of Iran,”

“I support a free Iran. I support Mrs. Maryam Rajavi‘s 10-point plan for the future of Iran. And I will continue supporting the Iranian people in their protest for their basic rights, freedom, and democracy. The Iranian people have spoken, and the United States has heard you, will be vigilant and stands with you in solidarity,”

“The uprising on November 15 has really escalated. Now we see it all throughout Iran’s provinces, over 130 different cities. And we saw a real crackdown by this Iranian regime. Now they turned off the internet. They’re killing off their own citizens. That is a trademark of barbarians. We have to start looking at what’s around the corner that hope, the mission of trying to get back to that resolution and the 10-point plan that Maryam Rajavi has put forward. That’s the first step here in the United States… So, keep the faith, the eyes of freedom are looking upon you.”

7- @RepGosar: “we have to look to what is around the corner, in understanding, “the 10 point plan of Mrs. Maryam Rajavi, that is our first step here in the United States.” @kevinomccarthy @RepMcCaul @SecPompe #IranProtests for a #FreeIran pic.twitter.com/yLoXP94sx2

“I also want to commend Madame Rajavi for her advocacy for democracy and her advocacy for women’s rights and human rights. This May, I joined my colleagues, I was a lead Democrat in introducing House Resolution 374 which supports the people of Iran’s right to free expression and condemns the Iranian regime’s crackdown on legitimate protest. Now that this regime has killed over a thousand of its own people, we need to pass this resolution and we need to do everything we can to say no to the Islamic Republic. I also want to urge the president to actually enforce the laws we have passed that prevent the export of censorship technology to Iran and the Comprehensive Iran Sanctions and Accountability Act provides those very limitations.”

2- @BradSherman: “Mr. Sherman added. Now that this regime has killed over a 1000 of its people, we need to pass this resolution and do everything we can to say no to Islamic republic.” @thehill @SpeakerPelosi #CaliforniaIRANConvention pic.twitter.com/Bty3CdGxar