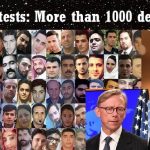 MEK Iran: Time for UN to Act on Iran Crackdown 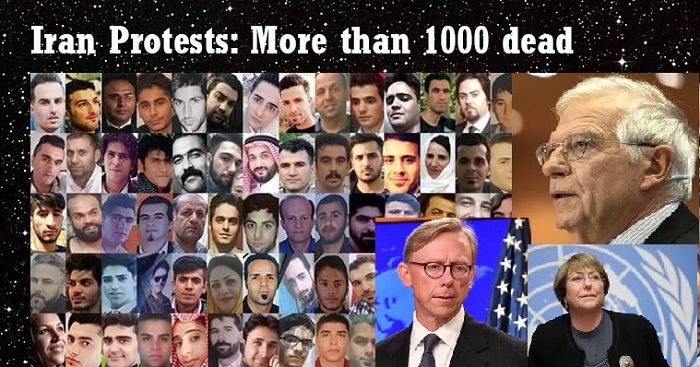 World leaders have been condemning the Iranian Regime for the crackdown of the nationwide uprising since it began, but it is now time for the United Nations Security Council to take action against the regime’s leaders and prevent the possible massacre of 12,000 of detained protesters.

“The Council must take action to confront these and other dangers facing the world.  That also includes the behavior of the Iranian regime, which has killed hundreds and hundreds of people in a very short period of time.  They’re killing protesters. They turned down their Internet system.  People aren’t hearing what’s going on.”

While the US Special Representative for Iran Brian Hook said that the number of deaths in the protests could be above 1,000, confirming numbers given by the MEK Iran previously.

Michelle Bachelet, the UN High Commissioner for Human Rights has spoken of her alarm at the lack of transparency regarding casualties, the treatment of detainees, and continuing arrests.

She said: “Verified video footage indicates severe violence was used against protesters, including armed members of security forces shooting from the roof of a justice department building in one city, and from helicopters in another.”

He said:  “For the European Union and its Member States, the widespread and disproportionate use of force against nonviolent protesters is unacceptable.”

British Prime Minister Boris Johnson said on December 4 that the Iran protests are a sign of “real popular dissatisfaction” with the regime leaders, while France’s Minister of State for European Affairs said that the regime opened fire on protesters and arrested thousands in its attempt to stifle the dissent.

The National Council of Resistance of Iran (NCRI) said: “While such words of concern are useful, practical measures are needed by the international community to stop the regime from massacring protesters. As the current rotating head of the Security Council, the U.S. now has an opportunity to call for a special council session on the Iran protests.”

They continued: “The regime in its entirety is behind the crime against humanity and the murder of over 1000 protesters. Videos obtained by the NCRI through the MEK Iran from inside Iran show the regime’s security forces savagely killing protesters. The MEK’s network inside Iran has confirmed that over 12,000 protesters have been arrested. The regime is even using schools as torture centers. So, the regime via its actions in the recent uprising, and during the past four decades, has proven that it is at war with the people of Iran and won’t respect its international human rights obligations.”