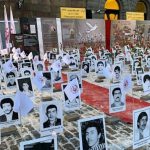 Written by Amineh Qaraee on December 13, 2019. Posted in NEWS 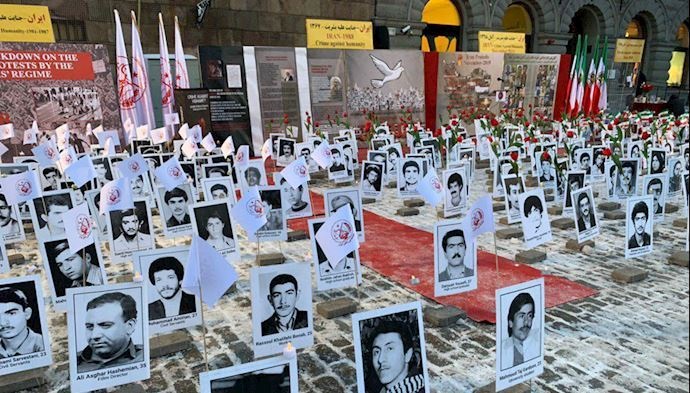 On Tuesday, December 10, which was International Human Rights Day, supporters of the Mujahedin-e Khalq (MEK Iran/ PMOI) and Iranian exiled living in the Netherlands gathered outside the Dutch Parliament to voice their support for the Iranian people’s uprising, which has shaken the regime there to its core, and condemn European governments for their failure to act on the massacre of protesters.

The MEK Iran protesters demanded that the Netherlands and the European Union condemn the mullahs’ regime resolutely, making clear that all economic and political ties with Iran are illegitimate and must end now. The protesters then marched from the Parliament to the Foreign Ministry building, where they lit torches to pay homage to the brave martyrs of the uprising. The number of those killed by the regime during the protests is over 1,000, including children, and rising.
Dowlat Nowrouzi, the UK representative of the National Council of Resistance of Iran (NCRI), of which the MEK  Iran is the biggest member, reminded us that over 12,000 protesters are in prison in Iran, facing torture and execution. She called on the EU to help stop the bloodshed and free all the protesters.

On the same day, MEK Iran supporters in Sweden organized an exhibition outside the Parliament in Stockholm with pictures of the martyrs in the Iran uprising and those killed by the regime during the 1988 massacre of 30,000 MEK Iran political prisoners. The MEK Iran supporters were joined by many Stockholm residents and Swedish public figures, who visited the exhibition to pay respects to the martyrs.

While in Switzerland, MEK Iran supporters held a gathering at Helvetziaplatz in the capital, Bern, to show solidarity with the Iranians and MEK Iran supporters protesting in Iran. They urged their government to condemn the mullahs’ crime against humanity.

UN must immediately dispatch fact-finding missions to Iran to investigate about those killed or arrested during the #Iran Uprising- Message on #HumanRightsDay https://t.co/VOZceZreh2 pic.twitter.com/REARpE7Xop

The MEK Iran protesters urged international governments and the United Nations Security Council to implement the call by NCRI President-elect Maryam Rajavi for the UN to immediately dispatch a fact-finding mission to Iran to visit the prisons and those arrested. They also called for the world to support the legitimate right of the Iranian people to protest and get regime change.