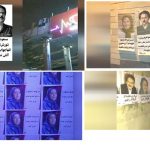 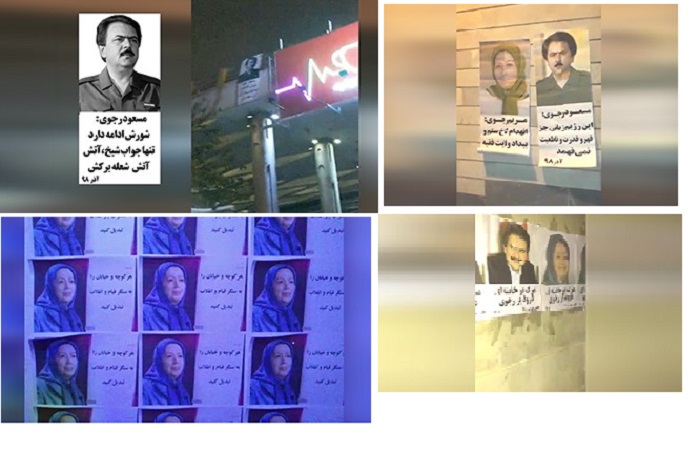 The MEK Iran Resistance Units inside Iran bravely put up posters of Maryam Rajavi, the President-elect of the National Council of Resistance of Iran (NCRI), and Massoud Rajavi, the Iranian Resistance’s Leader, in several areas of Tehran, despite the Iranian regime’s suppressive measures and the increased state of alertness of the security forces.

The posters, which often bore quotes from the Rajavis was posted up around the capital, Tavanir Bridge and the University of Agriculture.

Other posters’ were put up on Sunday in Kerman, Ahvaz, Abadan, and Masjed Soleiman, as well as Lahijan and Rasht, and Zanjan.

Despite the #Iranian regime’s suppressive measures, including the state of alert among its security forces,#MEK Resistance units posted pictures &messages of @Maryam_Rajavi the President-elect of #NCRI &@Masoud_Rajavi the Iranian Resistance’s Leader, in different parts of Tehran. pic.twitter.com/1QkLscwbzs

They included the messages:

On Saturday, which was the day after National Student Day in Iran, posters of the Rajavis were also put up in various parts of the capital, including at Tehran and Sharif Industrial universities. They were also hung up at the Department of law and political science at Tehran University, Imam Ali Expressway, West Metro, and Narges Park. They were also put up in other cities, including Rasht, Zahedan, Tabriz, Sari, and Shahroud.

According to the Secretariat of the National Council of Resistance of Iran, these banners read:

Tuesday is day 26 of the #IranProtests for regime change in #Iran and the main opposition group (PMOI/#MEK) has now announced the names of 400 protesters killed by Iran’s regime of the over 1,000 dead#StopIranBloodshed #FreeAllProtesters @USAdarFarsihttps://t.co/qmJLaEXBOY pic.twitter.com/SUShNVbolP

It is clear that the uprising, which the regime claimed was under their control is still raging and will continue to rage until the regime is overthrown and replaced with a democratically elected government, which is the true wish of the Iranian people.