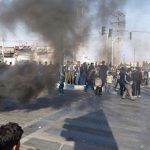 Written by Esmail Mohades on November 25, 2019. Posted in NEWS 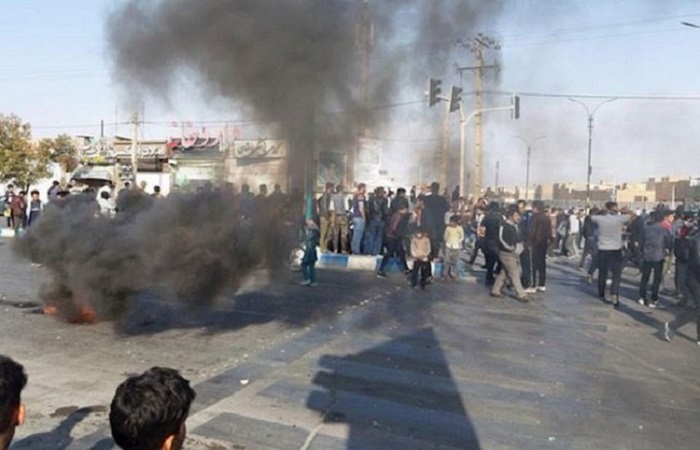 For more than ten days, the people of Iran have been participating in one of the country’s most widespread protests in recent history. The current uprising started just after the regime announced that fuel prices would be sharply increased.

The Iranian regime has, once again, been unable to manage the situation and it has blamed the Mujahedin-e Khalq (PMOI / MEK), the main opposition to the mullahs, for the protests. The MEK has indeed played a big role in the current uprising because it enjoys “Resistance Units” and supporters all over the country pursuing the same outcome – regime change.

Last week, a commander of the regime’s notorious Islamic Revolutionary Guard Corps (IRGC) said that the situation is so intense that it is reminiscent of the Karbala 4 Operation – a mullah’s offensive during the Iran-Iraq War resulting thousand of casualties in Iran side. Deputy commander of the IRGC, Ali Fadavi, said last Friday:

“I talked to some IRGC commanders in some of the cities, and in some moments these riots reminded us of Karbala 4 Operation.”

The MEK’s Resistance Units have been active in many cities across all provinces and have taken a leading role in the protests. They have aided the citizens of Iran in their resistance and they are ensuring that the will of the people is not quashed. The MEK Resistance Units are expanding and gaining more and more support.

During the 2018 uprising, the MEK organized protests across the country, coordinating action and helping the people participate in any way they could. During that uprising, the Iranian regime targeted the MEK and its supporters, with more than 8,000 citizens arrested, and scores of protesters killed.

The MEK has been able to get some information with regards to the current situation. The Iranian regime put an internet blockage in place with the aim of containing news about the brutality the protesters gave been faced with. Based on the MEK reports there have been at least 300 killed, many have been shot in the head or chest some often from behind, 4,000 injured and 10,000 arrested.

Widespread protests across #Iran and shut down of internet by the regime to create an information blackout to stop the flow of information and brutal crackdown#Internet4Iran #MEK #IranProtests @USAdarFarsi pic.twitter.com/nLHhU7TbJz

The National Council of Resistance of Iran (NCRI) has also commented on the role of the PMOI / MEK, saying that it is the biggest threat to the regime’s survival. In a post on Twitter, the NCRI wrote:

“These remarks and reports lead to the conclusion that #MEK resistance units have evolved into a significant dilemma for the mullahs. This network of resistance units is transforming into the most important force for the #Iranian people’s new revolution.”

Amnesty International has drawn attention to the uprising in Iran, saying that it is very concerned about the regime’s internet shutdown and the reports that many Iranians have been arrested, injured and even killed.