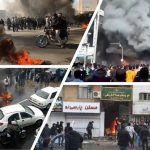 Iran: Regime, Fearful of the Protests and the MEK

Written by Mohsen Aboutalebi on November 22, 2019. Posted in NEWS 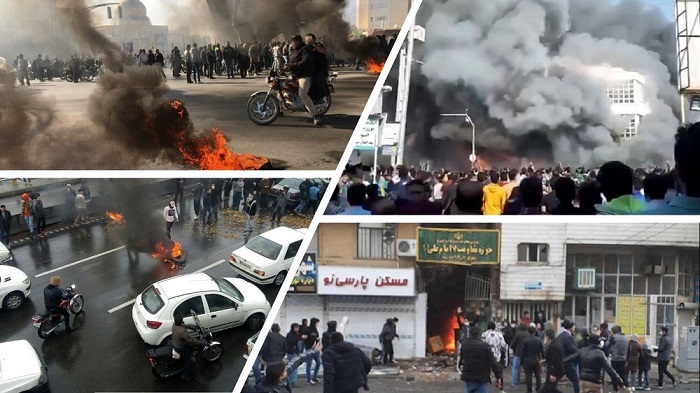 Eight days after the start of protests in Iran, and despite the shutdown of the internet and information blackout by the Iranian regime, people of Iran continue their protests.

The mullah’s regime continuously claims that the protests have been crushed, and everything is under their control, but still the internet is shut down and reports indicate that the protests continue across the country.

The regime has been extremely fearful of the consequences of the protests. The quick shut down of the internet and remarks by Ali Khamenei, the regime’s Supreme Leader on the second day of the protests are indications of this fear. One other main indication of the regime’s fear is that while it is a red line to mention the name of the main opposition group, the Mujahedin-e Khalq (PMOI-MEK) inside the regime they explicitly blame the MEK for organizing the protests.

“…In the past two days, that is two nights and a day that followed this affair, almost all hooligan centers in the world encouraged these acts against us… criminal MEK are continuously encouraging these kinds of hooliganisms in the social media and other places…” Ali Khamenei, regime’s Supreme Leader said in a speech on November 17, 2019.

Ail Sahamkhani, the regime’s National Security adviser also blamed the MEK and claimed that some of the arrested demonstrators were from the MEK.

The sole demand of the ongoing #IranianProtests that has taken over #Iran since last Friday is the overthrow of the regime, according to Shahin Gobadi spokesperson for the People’s Mojahedin Organization of Iran (#PMOI/#MEK)#FreeIran @USAdarFarsi pic.twitter.com/Ljkacp3fmE

Hassan Rouhani, mullah’s president by calling the MEK “those who were terrorists” said:

“We must protect our security and brotherhood and our unity. People will not allow some individuals outside the country, those who exerted so much economic pressure on people or those who were terrorists and spelled people’s blood in the past, to take advantage of this situation.”

Ali Larijani, spokesman of regime’s parliament in his opening remarks of the parliament said:

“…after hearing remarks by His Highness (Khamenei), found it crucial to follow his instructions and look seriously into people’s concerns in the area of economic problems and with greater unity would not allow unrests to be created by the US and its lackeys, the MEK and the counter-revolutionaries…”

Ebrahim Raisi, head of regime’s Judiciary of  Brach by calling the MEK “counter-revolutionaries” in a speech said:

“Any aggression by hooligans, those affiliated with the counter-revolutionaries currents and infiltrators who have targeted the security of people and the society in line with the desires of the enemy will be dealt with decisive legal measures in conjunction with police and security forces.”

Ali Rabi’I, spokesman of the government by calling the MEK “old terrorists” said:

“Their (protesters) behaviors match fully with the policies of the old terrorists that we had in our country and over the years, with terrorist operations, have been looking forward to breaking and degrading Iran with such policies and … against us.”

Mohammad Mohammadi-Reyshahri, member of Council of Experts, and former Minister of Intelligence said: “Recent disturbances were not caused by people. Setting fire on people’s property and causing destructions were the work of the MEK and the counter-revolutionaries… the MEK had been planning to cause unrest since several months ago but they were identified very quickly and isolated from the people.”

“Our investigations indicate that instruction coming from counter-revolutionary and MEK organization was the cause of these events. Country’s security and police institutions will identify these individuals and God willing they will be punished for their practices at the right time.”

Other officials and commanders of the regime’s security forces also made similar statements.

“On Saturday evening troubles were caused by centers of hooliganism and rubbers of people’s property but, once again, the plots by the US failed. They planned to carry out this project in 2018 but did not succeed. The MEK has cells in our country and in other countries, some mercenaries and the US affiliated MEK inflict blows to the interests of nations.” Gholamreza Soleimani, Commander of Basij said in a press conference.