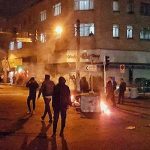 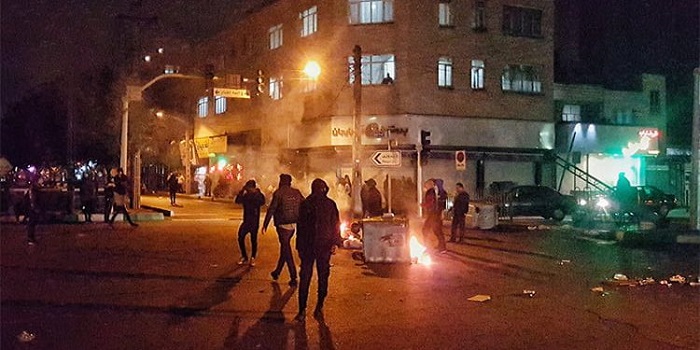 Anti-regime protests are continuing Thursday for the seventh straight day in 148 cities in Iran. File photo

The sole demand of the ongoing Iranian uprising that has taken over the country since last Friday is the overthrow of the regime, according to Shahin Gobadi spokesperson for the People’s Mojahedin Organization of Iran (PMOI/MEK).

“Today’s claim by the mullahs’ regime to allocate the income from the increase in the price of petrol to the people is a desperate and deceptive move to confront the growing protests across the country.”

Latest on #IranPortests from MEK network in #Iran

He advised that the protests have gone far beyond the drastic rise in fuel prices last week and that the people, organized by the MEK, are now taking aim at the Regime as a whole.

“The regime’s new plot will fail because the demand of the Iranian people as reflected in the current uprising is the overthrow of the entire regime.”

“[Supreme Leader Ali] Khamenei and other leaders of the regime have publicly acknowledged that the MEK has been the main driving force for the uprising and have ordered the bloody suppression of the uprising. So far, at least 200 have been killed, 3000 wounded and thousands more arrested, yet the protests continue across the country.”

The UN Security Council must declare the regime’s leaders as criminals committing crimes against humanity. They must face justice for this massive suppression and bloodshed. #Iranprotests #Iran pic.twitter.com/GyyXQkATQ8

“In light of the growing numbers of people killed and wounded across Iran, I urge the UN Secretary-General to call for an emergency meeting of the UN Security Council to brief them about the crimes of Khamenei and his Revolutionary Guards (IRGC) in Tehran.”

On Monday, intense clashes broke out between the MEK-led people and the regime’s suppressive forces in Islamshahr, south of Tehran. When the State Security Force (SSF) failed to retake control from the MEK and the people, the IRGC, wearing SSF uniforms, were sent in to enforce the crackdown.

During the clashes, the MEK-led protesters destroyed the office of Islamshahr’s Friday prayers leader Mohammad Nowrouzi, Nowrouzi’s car, the state-owned Martyrs Foundation building, the IRGC-owned chain stores, and the regime-linked banks. Now, 95% of the banks in Islamshahr and Chahar Dangeh were set on fire and only a few remain operational.