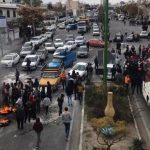 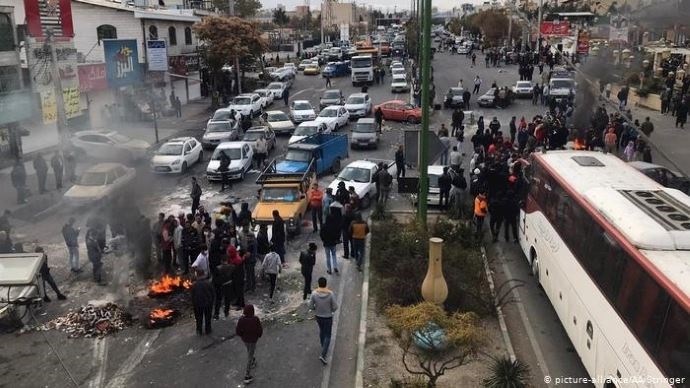 Protests in Iran have spread to 130 cities. November 2019

The Iranian regime’s leader has already tried to dismiss the national uprising that began on Friday as being led by foreign powers – claims that have no basis in fact – and failed to explain why his agents have killed more than 200 peaceful protesters, mostly young people, over a period of just six days, through direct shots to the head and chest.

These protests have spread to 144 cities and despite the regime’s desperate attempt to deny the crisis, they’ve been forced to acknowledge that these protests are the result of domestic, organized activists, much like those that started in December 2017. Supreme Leader, Ali Khamenei, and the Secretary of the Supreme National Security Council, Ali Shamkhani, recently admitted that the main Iranian opposition Mujahedin-e Khalq (PMOI/MEK) were behind the current protests.

In recent days, #Iranians from across the country took to the streets to protest against the corrupt and brutal regime ruling #Iran. #IranProtests #MEK #FreeIran pic.twitter.com/KGAlrXmReN

Now, the regime wants the world to believe that these protests are no big deal and the MEK has no popular support in Iran, but they use brutal punishment and a disinformation campaign to discredit the MEK. This is a major contradiction and the truth is that the MEK and the protest pose a grave threat to the regime.

You see the Iranian people, who are well-educated and secular-minded, support the MEK’s democratic platform and the 10-point plan laid out by Maryam Rajavi, the President-elect of the National Council of Resistance of Iran (NCRI). That’s why they are taking part in these protests despite the crackdown but imagine what they could do with international support.

“Up to this point, Iran’s pro-democracy movement has been largely isolated from the outside world. Even as regime officials are blaming protests on the West, they are doing everything in their power to make sure that there is no communication between domestic protestors and their supporters beyond Iran’s borders. Currently, the regime is in the midst of the greatest internet shutdown in its history. And far from wielding their supposedly powerful influence of the Iranian people, Western governments have done nothing to stop it.”

The #Iranian people will see that the world supports them as never before and will rise up to demand, once and for all, a new, democratic governmenthttps://t.co/2SwCfX5wYQ#Iraq #MEK #FreeIran @USAdarFarsi pic.twitter.com/efJkEs0zIm

The West cannot afford to shirk its responsibility and must recognize the rights of the Iranian people to overthrow the regime and institute democracy. This is especially true for the United Nations, which Rajavi called upon to convene an extraordinary session of the Security Council regarding the atrocities perpetrated by the regime.

“Silence vis-à-vis crimes against humanity perpetrated in Iran every day is absolutely unacceptable. The world community should advocate for the right of the Iranian people to freedom of assembly and overthrow of tyranny.”