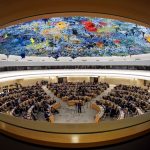 Written by Esmail Mohades on November 12, 2019. Posted in NEWS 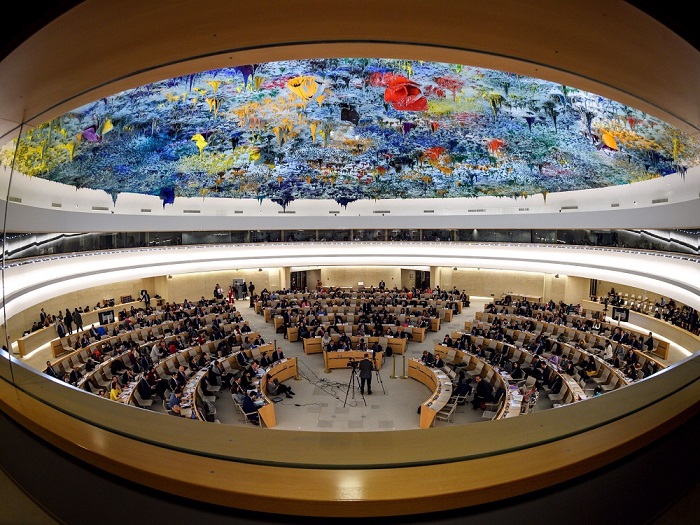 The Iranian regime’s representative at the review session of the United Nations Human Rights Council in Geneva claimed that his country is one of the largest democracies in Western Asia and doesn’t need a Special Rapporteur, even though Amnesty International and Western governments have repeatedly and strongly condemned the regime’s violation of human rights.

Javad Larijani, the Iranian regime’s representative to the Human Rights Council, claimed on Friday that UN Special Rapporteur Javaid Rehman had formed his opinion based solely on the information provided by Iran’s main opposition group, the Mujahedin-e Khalq (PMOI/MEK).

Iran’s Representative to the UN Human Rights Council Claims That the Special Rapporteur Receives His Documents From the MEK https://t.co/vFHx1OSkIO

This bizarre claim about the MEK came just two days after Amnesty International urged the international community to “publicly condemn the deterioration in Iran’s human rights record” during the review session at the UN Human Rights Council in Geneva.

“From horrific execution rates, to the relentless persecution of human rights defenders, rampant discrimination against women and minorities, and ongoing crimes against humanity, the catalogue of appalling violations recorded in Iran reveals a sharp deterioration in its human rights record.”

Larijani’s ridiculous comments about the MEK did not stop Western countries from condemning Iran’s human rights violations in the session, with representatives from around the world criticizing the regime for executing over 120,000 MEK members for peaceful political activism; 30,000 of whom during the 1988 massacre.

“For decades Iran has flagrantly violated its citizens’ human rights: We urge the government to allow the Special Rapporteur on Iran to visit the country and investigate existing practices.”

While Miriam Shearman, Britain’s deputy representative to the UN in Geneva, said:

“We remain deeply concerned by Iran’s failure to uphold international legal obligations, and its arbitrary detention of citizens and dual nationals arrested on unclear charges, denied due process and subject to mistreatment.”

And it should be noted that despite the Regime’s massive efforts to cover up the executions of the MEK, one member of the 1988 “Death Commissions” that sent the  MEK members to their deaths, defended the massacre in July. Amnesty responded to former Justice Minister Mostafa Pourmohammadi’s comments about the massacre of the MEK by saying that these

“provide shocking confirmation of the authorities’ wilful flouting of international human rights law both at the time and now and a stark reminder of the sense of impunity that senior officials linked to the killings enjoy”.

Amnesty was “particularly concerned” that he accused those advocating for truth and accountability regarding the massacre of the MEK of ‘terrorism’ and ‘collusion’ and threatening them with a prosecution. Amnesty said Iranian officials must not be allowed to protect themselves from accountability in the MEK massacre.