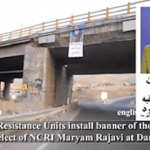 Written by Mohsen Aboutalebi on October 28, 2019. Posted in NEWS 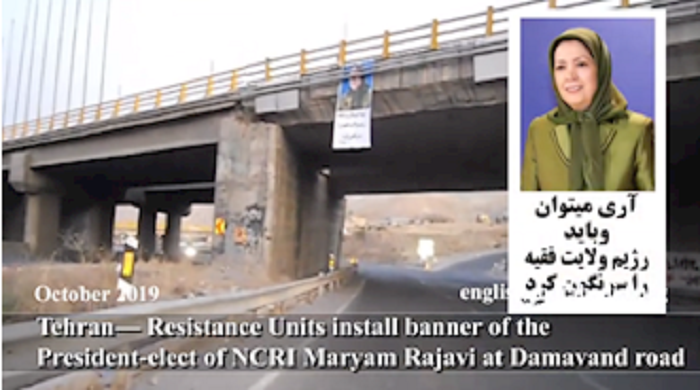 Based on the sources of the Mujahedin-e Khalq (PMOI/MEK) and the National Council of Resistance of Iran (NCRI), during the period of 19 to 24 October 2019 in a campaign coinciding with the anniversary of the election of Mrs. Rajavi by the NCRI, the MEK resistance units accelerated their activities.

Enjoying a vast popular support, the defiant youth, supporters of the MEK, torched the symbols of the regime’s leadership, Khomeini, the founder of the religious dictatorship, and Ali Khamenei, the supreme leader, across Iran including, Mashhad (northeast), Shiraz (south), Zahedan (southeast), Kermanshah, Khorramabad and Boroujerd (west), Kashan (south-central), and Behbahan, and Gachsaran (southwest).

Based on a statement released by the Secretariat of the National Council of Resistance of Iran on October 25, 2019:

“ During the same period, large placards and banners carrying Mrs. Maryam Rajavi’s picture were posted in different parts of Tehran, like Abbas Abad, Arya Shahr, Nivaran, and Modarres Expressways, Tehran Pars, Kurdistan and Kaveh Expressways, and elsewhere. The same was done in public places in many other Iranian cities.“

MEK’s activities dramatically promote hope for change in Iran amongst the young generation as well as women, the hope for establishing a free, democratic Iran. The MEK resistance units are the source of inspiration in the society inside Iran and among the Iranian community abroad. Posting posters of Massoud Rajavi, leader of the Iranian Resistance, and Maryam Rajavi, by the supporters of the MEK, indicates the popular support for the MEK’s objectives and the ten-point plan of Mrs. Maryam Rajavi for a democratic, secular, and pluralistic Iran.

Below are some images of the MEK’s resistance units torching the Iranian regime’s symbols. 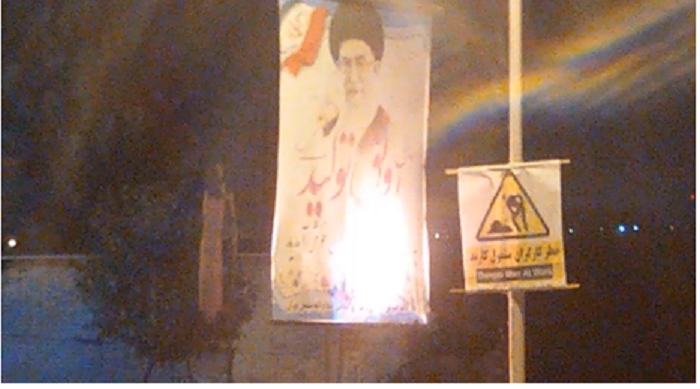 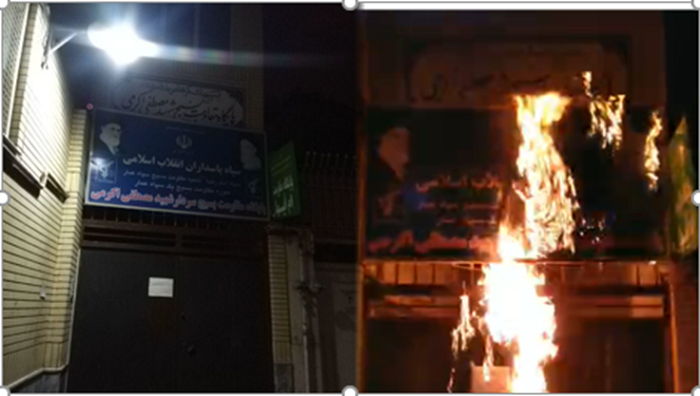 Setting fire on the sign of Basij, the suppressive paramilitary force affiliated to the Iranian Revolutionary Guards Corps (IRGC) in North-West city of Mashhad 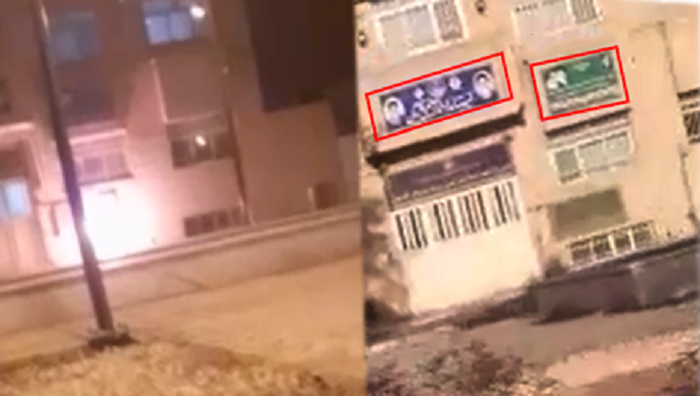 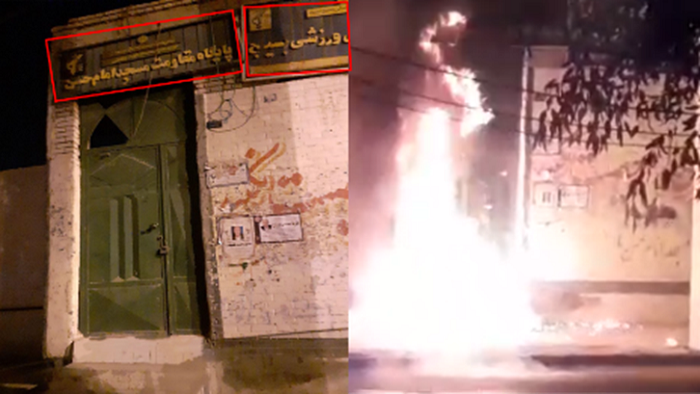 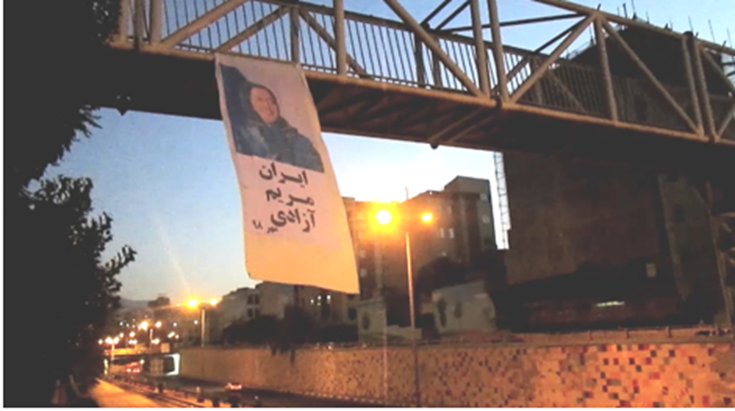 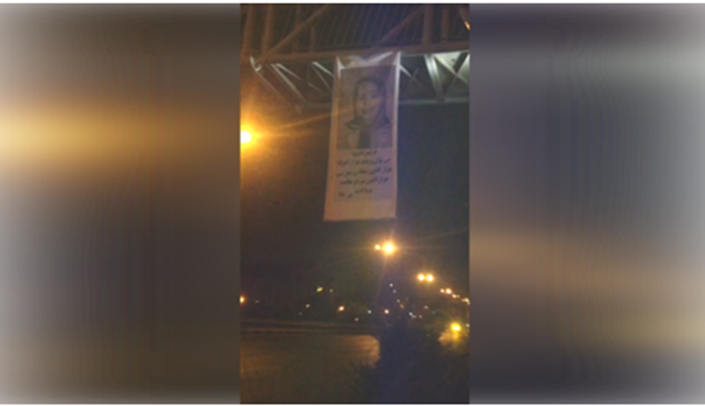 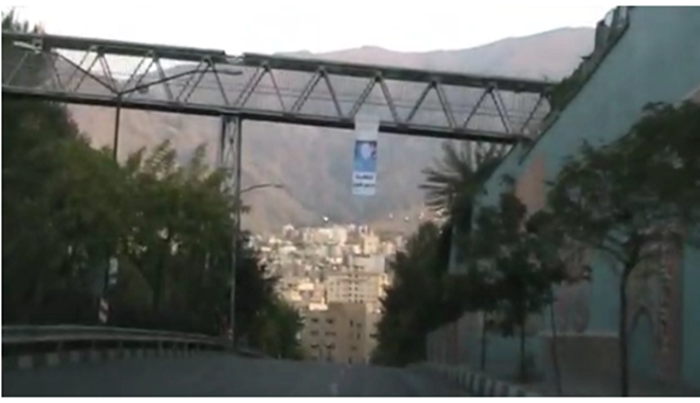 A large placard carrying Maryam Rajavi’s picture was hung over a bridge in Abbasabad, Tehran by a MEK resistance unit 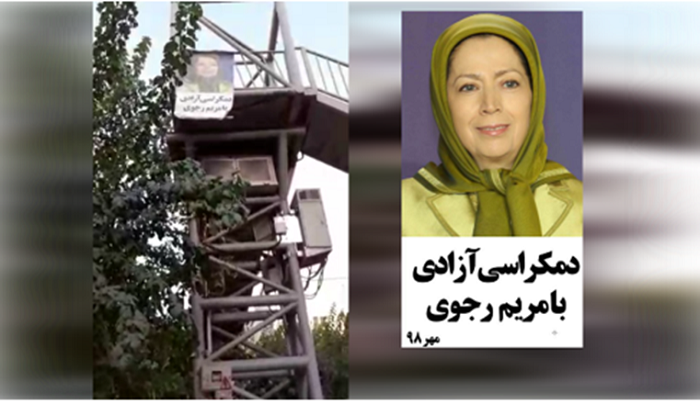 A large placard carrying Maryam Rajavi’s picture was hung over a bridge in Kurdistan highway, Tehran, by a MEK resistance unit 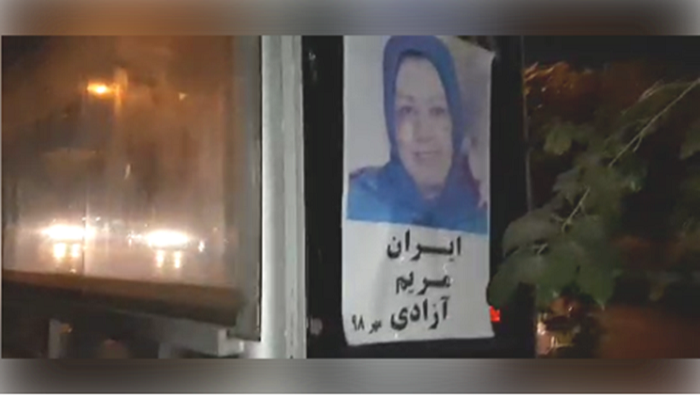