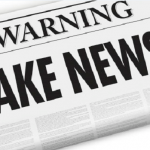 NBCNews posted a biased article on 17 October, full of fake news in favor of Iranian regime and against the MEK

Facing the growing popularity of the Mujahedin-e Khalq (PMOI/MEK), the Iranian regime and its apologists try to run a new demonizing campaign against the main opposition, MEK. The recent example is an article posted on NBC Website.

This shameful article raised the anger of many Iranians diaspora who find the MEK as their only hope for democratic change in their beloved homeland, Iran. the following our letters by two Iranians expressing their feelings about the biased article of the NBC.

"These outlets are mainly pro-engagement and pro-appeasement vis-à-vis the fascist mullahs’ in Tehran despite this regime’s atrocious human rights record with the world’s highest number of executions per capita."#Iranhttps://t.co/b7dVNn9mq8

The first letter is from Mr. Ehsan Qaraee; he writes:

“I am an Iranian-Norwegian civil engineer, and human rights activist. Several days ago, I read an article on your website regarding the MEK, the largest and most organized opposition against the theocratic dictatorship in Iran. Unfortunately, this article is filled with slanders and lies about the history and reality of the MEK and sadly repeats baseless accusations made by the propaganda apparatus of the Iranian regime.

Here I only refer to one of those accusations; your writers claim that the MEK killed several Americans back in the 70s. Unfortunately, they deliberately ignore the fact that several courts in your own country dismissed this allegation (among many others). These lies are made by the Iranian regime just to smear the MEK.

Unfortunately Mr Daniel Benjamin has proved many times in the past that his intentions are not right about the MEK particularly and Iran policy in general and because of that he gets so much coverage by the IRGC’s news media, a real terrorist organization which has blood of many Iranians, Iraqis, Syrians,… and Americans on their hands. I’ll attach some of those coverages here.

As a direct victim of the Iranian regime, I sincerely hope that you don’t let your news outlet become a mouthpiece for the dictatorship in Iran.”

Another rebuttal to lies about the #MEK– Fake News published at NBCNews
https://t.co/2TIuekVYGn#NBCNews #Iran #FreeIran @USAdarFarsi

The second letter MEK- Iran received is from Amir Seifi, a political refugee, Irish citizen, Mechanical Engineer and the General Manager of a medical technology company, living in Dublin, Ireland. In his letter, Mr. Seifi wrote:

” This is a rejoinder to the NBC News inflammatory and partial article published on October 17th, 2019, titled: “Giuliani’s work for Iranian group with bloody past could lead to more legal woes”.

As an Iranian, I found nothing surprising and new about this hatchet job or any of its false, misleading and tendentious points. A prime example of Fake News. Iranians are very well familiar with such threadbare tactics of the brutal theocracy holding Iran hostage for the past four decades. It is not only victim-blaming but also siding with the perpetrators.

I have no intention of defending the current White House administration. However, with the upcoming campaign for the American presidential elections, this hit piece seems perfectly timed to fuel a specific political agenda; using attacks against political opponents to target the Iranian opposition. One stone and two birds. The Ayatollahs and their lobbyists are great at finding allies with direct and indirect common interests.

The baseless accusation of the PMOI/MEK killing Americans has been examined in courts and by the various American agencies and dismissed as there was not a shred of evidence to back this claim. On the contrary, the Iranian regime has a colorful track record of killing hundreds of Americans in terror attacks such as the Beirut barracks bombings, Khobar Towers bombings in Saudi Arabia, the use of the IEDs in Iraq and so on. It is easy to realize how people like the authors of the article and Daniel Benjamin can turn a blind eye to the latter and but insist on targeting the MEK without any form of investigation on the claims.

The designation of the MEK as a terrorist organization does not need much explanation but just that it happened as part of an appeasement policy towards the Iranian regime, which didn’t yield any fruit in the end. It was thanks to the impartial and independent judiciary system of the United States that found this label unjust and baseless and ruled and forced the resisting administration to remove it.

Leaving aside all baseless accusations, it does not appear really difficult to identify the just side. On one side we have a resistance whose members and supporters have been imprisoned, tortured and murdered. A resistance that has time and time again announced and pledged its commitment to its clear ten-point plan for a free, secular and democratic future for Iran. On the other side, we have bloodthirsty tyrants (needless to say unpopular inside and outside Iran) and their lobbyists like NIAC and supporters such as Benjamin who constantly seek opportunities to serve the Ayatollahs’ regime and its allies. And on this path, they do not care one iota when it comes to sacrificing the values within the Human Rights Declaration and the American Constitution for their own political agenda.

Finally, questioning the source of the MEK/PMOI funds and calling it a mystery is another astounding tendentious remark from the authors of the article and the people whom they quote. To call this lazy journalism is an understatement. I proudly announce that I personally am one of the financial sources of the MEK, along with countless other patriotic Iranians who yearn for a free and democratic Iran. I can back my claim with evidence of my contributions to the MEK/PMOI/NCRI. We, the ordinary Iranians, are whom the resistance relies on upon to fund its struggle against the regime. We understand what the Iranian regime truly is and what it takes to claim our country back again. I was forced to leave Iran after the student uprising of 1999 and 20 years later, people are coming to the streets every day to demand the mullahs go. We will continue to support their opposition and will not stop until our country is free of dictatorship.”