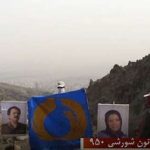 Written by Mohsen Aboutalebi on October 26, 2019. Posted in NEWS 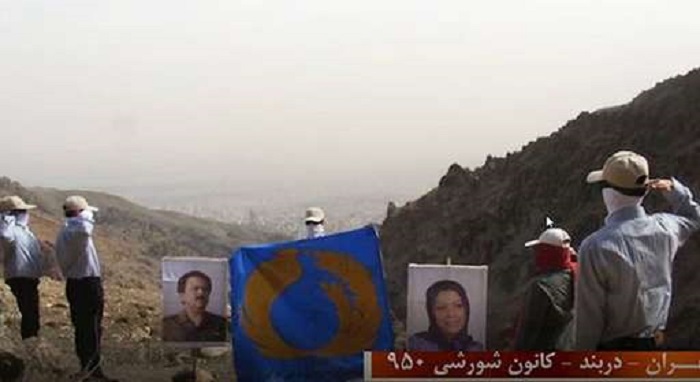 In the beginning of the school year, the resistance unit’s activities increased in many cities in Iran.

Since the beginning of October, Iran witnessed a remarkable expansion of the MEK resistance unit’s activities, including setting fire to the billboards of the Iranian regime’s leaders. Despite the suppressive measures by the security forces in Iran, the defiant youth accelerate their protests against the regime. During this period of time, the MEK resistance units torched the billboards of Khomeini and Khamenei and also the signs of the Basij (the regime’s paramilitary suppressive forces affiliated to the IRGC) centers in Tehran, Shiraz, Khoy, Bandarabbass, Maku, Lahijan, Orumiyeh, Kermanshah, Zahedan, and Khoramabad. 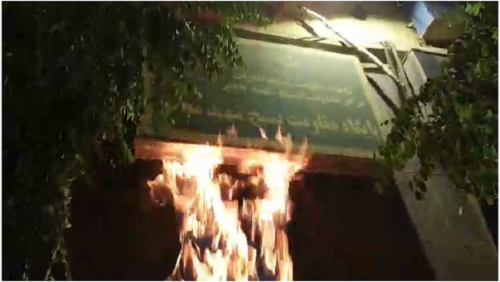 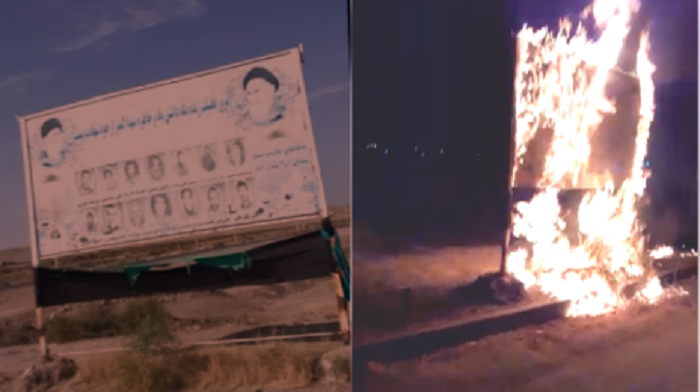 Khoy -torched the billboards of Khomeini and Khamenei

Torch the billboard of Bassij base in Maku

The resistance units of the MEK hung the posters of Massoud Rajavi, Leader of the Iranian Resistance, and Maryam Rajavi, the President-elect of the National Council of Resistance of Iran (NCRI), in many cities across the country.

Following the beginning of the school year, protests by the students resumed in many colleges and universities in Iran.

At the University of Tehran, and Art & Architect College in Mazandaran students held a protest gathering on 22 October 2019. Students of the Science & Industry University in Tehran protested against food poisoning of students on the university campus.

MEK as the main opposition in Iran through its activities both on the ground and in social media has had the most tangible impact on the Iranian people. Many protests and protest actions and gatherings are inspired and led by the MEK. Iranian people consider the MEK as the only hope for a better future. They find the ten-point plan of Mrs. Maryam Rajavi as a platform for a free Iran.

The MEK is the most organized movement in Iran’s recent history. In June 1981, just two and a half years after the 1979 revolution, the MEK managed a demonstration in Tehran in which 500,000 people participated. Now, the resistance units of the MEK, are active in almost all of Iran’s 31 provinces.

“You’re really organized. And that’s important for people to see because as we move the regime out in Iran, it’s going to take a lot of work to put up a government and stand it up. And this is how I feel your strength is coming through — you’re thinking about the future, you’re organizing and you’re disciplined. I’m very impressed by this.”