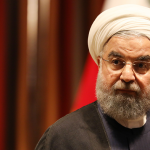 Rouhani: No Parliamentary Election Was Like the First One; Even MEK Participated 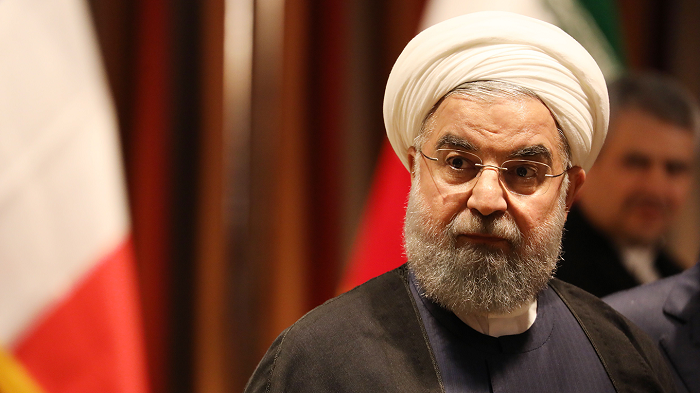 Rouhani, President of the Iranian regime, says: No Parliamentary election was like the first one; even MEK participated

Approaching the phony parliamentary election in Iran, Rouhani, President of the mullahs, said last Wednesday in a show style speech:

“You cannot find any Majlis, Parliament in Iran, better than the first one, there was no observation like this, there was no Guardians Council… even the Mujahedin (PMOI/MEK) participated “.

The Guardians Council is leverage for Khamenei, the Supreme Leader of the Iranian regime, to omit any candidate who is not in his favor.

Since the foundation of the totalitarian regime of the mullahs, elections have always been a source of a fight inside the regime; every faction seeks its own share of power. Undermining the Guardians Council, Rouhani tries to rock the boat. However, this time the issue is not just the Guardians Council, but the MEK as well, when Rouhani said: “No Parliamentary election was like the first one; even MEK participated.”

Rouhani has always been a top official in this regime. Participating in all suppressions, killings, and crimes against humanity, Rouhani has headed the Secretariat of the Supreme National Security Council for sixteen years. Finding Khamenei weaker than ever and the deep social unrest Rouhani dared to cross the regime’s red-line, talking about the MEK. He is also worried about being pushed aside by Khamenei in the next election.

After the uprising in January 2018 in Iran, all political equations have deeply changed when Iranians chanted “Reformists, Conservatives, The game is over!”; Rouhani’s deceptions do not work any longer. Public protests on a daily bases across the country are the source of fear for the mullahs. Protests of the population of Lordegan, workers of Arak’s Azarab industry, the population of Isfahan for the shortage of water, are just some examples. People demand to overthrow this regime in its entirety.

This is the generation of the December 2017-January 2018 uprising whose resolve has culminated in the formation of resistance units and 1,000 Asharfs or bastions of freedom. #Iran pic.twitter.com/WIjgcyCwy6

There is no doubt, that the only organization that is capable of restoring the people’s right is the MEK, that is the reason why Rouhani as the president of this regime crosses Khamenei’s red line and talks about the MEK.