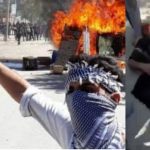 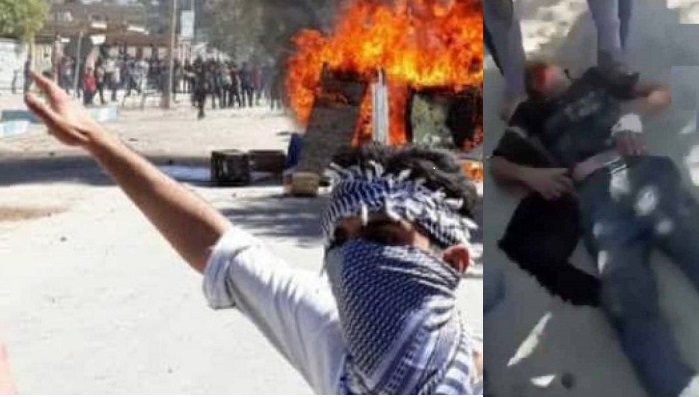 The Iranian regime’s suppressive security forces in Lordegan killed a protester on Saturday.

Saadatollah (Gharib) Mousavi, who was a resident of the Bedelleh suburb, will be laid to rest in a memorial service today.

He was one of thousands of residents who took part in a demonstration against the Iranian regime and in support of the residents of Chenar Mahmoudi village in Chaharmahal-Bakhtiari province over the weekend, after it was discovered that a health clinic in the village had used contaminated needles to test hundreds of villagers for diabetes and exposed them to HIV. So far, more than 300 people have tested positive for HIV.

Many villagers had protested outside the governor’s office on October 2, sparking a national outcry, but Iran’s Health Minister denied the claims and blamed the outbreak on “addicts” and “unsuitable relationships”; words echoed by the state media.

Understandably, this made people mad and they took to the streets in their thousands, with angry young people burning government centers, like the office of the representative of the regime’s supreme leader Ali Khamenei, the health clinic responsible for the outbreak, and the Lordegan governor’s office, as they chanted “death to [the] dictator”.

During the protest, the security forces attacked the protesters with pellet guns and wounded a number of protesters, including a 15-year-old boy, while the protesters tried to defend themselves by throwing rocks or whatever they could get their hands on.

The Iranian regime then imposed an unofficial martial law on the city, stationing tanks at the entrance of the town and having its agents constantly patrol the area, because it is scared of a possible uprising. The regime was forced to admit that the main Iranian opposition group, the People’s Mojahedin Organization of Iran (PMOI/MEK) is leading the protests, which belies the support they have among Iranians.

Ali-Mohammad Akbari, commander of the Islamic Revolutionary Guards Corps (IRGC) in the province, said: “The [MEK] were present in the recent riots. They… were guiding people.”

Other cities, including Isfahan and Jolfa, have taken to the streets in support of the Lordegan residents.

The National Council of Resistance of Iran wrote:

“The Iranian Resistance expresses its highest admiration and condolences to the brave residents of Lordegan. We call on the UN Secretary-General, UN Human Rights Council (UNHCR) and all other UN-related bodies to condemn the ruling religious fascism in Iran for its brutal suppression of popular protests and especially that of Lordegan’s residents.”