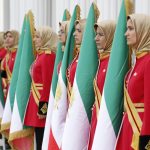 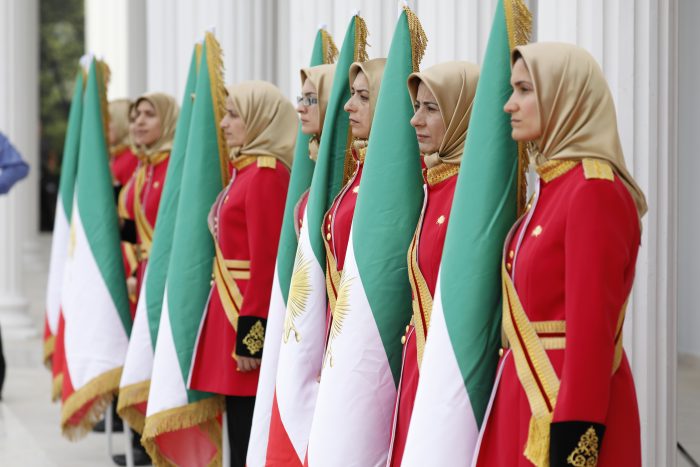 Guard of honor at MEK headquarter in Albania-July 2019

The Iranian Regime has denied basic human rights to the Iranian people, especially women, for 40 years now, but the pro-democracy movement has remained strong and active, despite vicious reactions by the Regime.

On occasion, this resistance has been visible to the world, such as for the 2009 protests against the rigged election and the nationwide uprising in January 2018. In every uprising, protest, and pro-democracy movement, women have been at the forefront and, according to women’s rights advocate Dr. Maria Ryan, that is no accident.

She wrote for The Hill on Thursday, September 12, 2019, that the mullahs have targeted Iranian women with “repressive, misogynistic laws and execution”, explaining that a female soccer fan died from self-immolation last week because she expected to be jailed for attending a football match.

Ryan spoke at the annual conference of the National Council of Resistance of Iran (NCRI) in July, at Ashraf 3, the new home of the People’s Mojahedin Organization of Iran (PMOI, Mujahedin-e Khalq or MEK), during a panel entitled “Women in the Iranian Resistance: Defying the Misogynist Regime, Paying the Price of Freedom”.

Ryan wrote of that event: “I met many brave women who survived the mullahs’ brutal crackdown. Many said they had suffered in torture chambers for long years. They shared their stories with me, their personal suffering and the loss of loved ones.”

She continued: “They explained that, while living in Iran, they were not able to choose their own clothes or their professions; a girl as young as nine years old could be married, they said, and a man could have multiple wives. They were forced to leave Iran and were promised safety in camps inside Iraq, they recounted to me, only to be targeted by bombs and gunfire. Several of them said they lost many of their friends to these attacks.”

Ryan said that daily life had become so difficult for many Iranians that growing numbers are turning to drugs to dull the pain or selling their organs to make ends meet. She said that, despite this, the women she met “inspired” her with their “determination, loyalty, patriotism and faith”.

She explained that the NCRI and its members want basic freedoms and are preparing to serve as an interim government if the Iranian people overthrow the mullahs.

Ryan said: “Whether or not you believe that regime change in Iran is truly just around the corner, I am absolutely convinced that with such women in the ranks of the resistance, the change will come to Iran.”