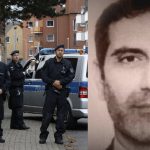 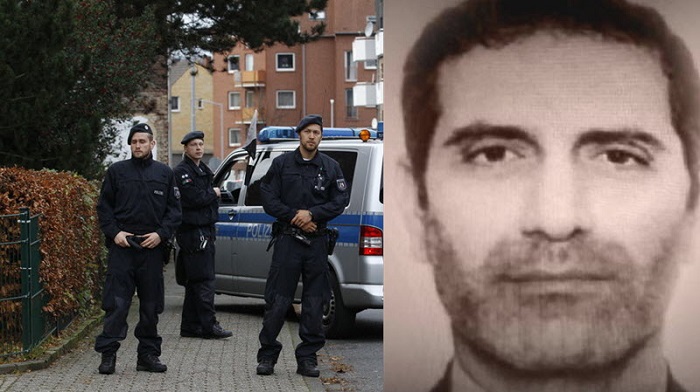 Assadollah Assadi, the Iranian regime’s diplomat terrorist, that was arrested last year and is now in Belgium prison, for masterminding the failed terrorist attack to bomb MEK’s annual gathering in Paris.

The Iranian regime poses a threat to global security which cannot be ignored by the international security, writes Ambassador Ken Blackwell in a column published on the Townhall website on September 2nd. In his new column, the former U.S. Ambassador to the United Nations Human Rights Commission argues that policymakers have not factored in the threat posed by the Iranian regime, citing the multiple foiled terrorist attacks on European soil last year as evidence of the international community’s refusal to take serious action despite serious threats. 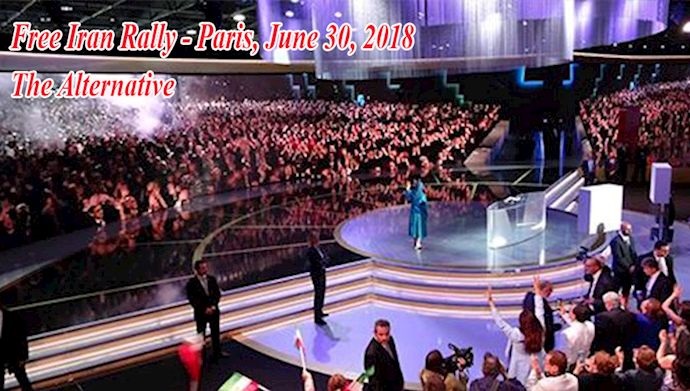 The annual gathering of the National Council of Resistance of Iran (NCRI) in Villepinte, France attracted 100,000 MEK supporters. July 1, 2018

Blackwell cited the 2018 Free Iran gathering as his prime example of the regime’s terrorist activities in Europe. The annual gathering of the National Council of Resistance of Iran (NCRI) in Villepinte, France attracted 100,000 Mujahedin-e Khalgh(PMOI/ MEK )supporters, along with hundreds of prominent politicians and dignitaries from around the world.

“It also nearly attracted two aspiring bombers, who were fortunately stopped on their way to the gathering on June 30, 2018,” wrote Blackwell. “Shortly thereafter, a senior Iranian “diplomat” named Assadollah Assadi was also arrested and identified as the mastermind of the plot,” he continued.

“The operation leading to these arrests was a testament to European authorities’ awareness of the persistent threat emanating from Tehran. A subsequent investigation by French intelligence left no doubt about the fact that Assadi and his Iranian-Belgian assets were acting upon orders from the highest ranks of the regime,” Blackwell explained.

Blackwell pointed out that the Paris plot was not the first attempt by the regime to target the MEK. Three months prior, regime operatives attempted to attack Ashraf-3, the MEK’s headquarters in Albania. At least four other terrorist plots by the regime were uncovered in 2018.

Assadollah Assadi the Ministry of Intelligence (MOIS) station chief in Vienna-also the head of MOIS for all Europe-was the mastermind & caught delivering a powerful bomb to two other Iranian agents on the day of June Paris event. Germany expelled Assadi to Belgium to stand trial. pic.twitter.com/ATw4SaYwy5

Blackwell argued that the EU did not take sufficient action in response to the terrorist attempts in 2018. “The EU only saw fit to impose limited sanctions on the Iranian secret service and a handful of its known agents. But even this gesture was ultimately undermined by a broader European strategy that involves the continuation of conciliatory policies for dealing with the regime,” he wrote.

He also noted that Assadi is not the only regime diplomat working as a terrorist operative, writing: “[Assadi’s] arrest prompted a spokesperson for the Belgian police to affirm that almost all Iranian diplomats play a role in the Iranian secret service.”

Blackwell further stated that Iran’s own officials have acknowledged the link between paramilitary and diplomatic entities within the regime. “In a recent interview with Iranian state media, Deputy Foreign Minister Abbas Araqchi declared that the Foreign Ministry, the Islamic Revolutionary Guard Corps (IRGC), and the Ministry of Intelligence and Security all pursue the same objectives,” he wrote.

Blackwell emphasized that even the U.S. which has imposed strict sanctions on the Iranian regime should go further. “Comprehensive sanctions on the IRGC were a long time coming, but now they should be extended to also include the entire Ministry of Intelligence and the entire Foreign Ministry, rather than just Mohammad-Javad Zarif, the regime’s foreign minister,” he argued.

“Bombings, assassinations, and hostage-taking are all part of the Iranian regime’s DNA, and no major government institution can be thought of as isolated from the use of terrorism as a form of statecraft. So the only way to fully address the relevant threat is by isolating the regime as a whole, pending a far-reaching change in its behavior or its imminent collapse,” Blackwell continued.

“If the U.S. hasn’t gone far enough toward this goal, then the nations of Europe have even more ground to make up. In the wake of last year’s thwarted terror plots, an appropriate policy would involve dramatically expanding economic sanctions as well as expelling Iranian diplomats. But in the case of France and certain other EU member states, such a strategy cannot realistically be adopted until those nations’ leaders recognize the fact that much of the world is facing persistent danger from the Iranian regime’s undiminished malign activities,” Blackwell concluded.