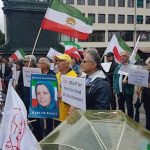 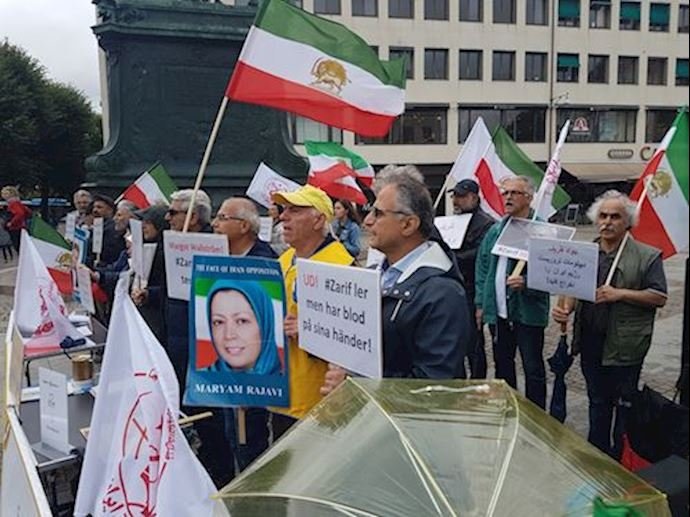 supporters of MEK hold a rally in Stockholm protesting against the trip of Zarif, the FM of the Iranian regime, to Sweden.

Mohammad Javad Zarif, Foreign Minister of the Iranian regime, went to Sweden yesterday as part of his trip to Nordic countries. His trip faced angry protests from Iranians in Sweden. Iranian exiles posted many tweets decrying this trip: “It is just a shame for the government of Sweden to shake hand with Rep of Iran a brutal regime which Amnesty International has recorded 97 executions of people under the age of 18 by this regime between 1990 and 2018”

It is just a shame for the government of #Sweden to shake hand with Rep of #Iran a brutal regime which Amnesty International has recorded 97 executions of people under the age of 18 by this regime between 1990 and 2018.#ban_Zarif #NoImpunity4Mullahs#Zarif_inte_välkommen pic.twitter.com/7dZZrkGaKA

The rally was attacked by Swedish Police. Sweden’s SVT reported three injured protesters were transferred to hospitals and authorities intervened to distance 62 individuals after the situation became intense during Zarif’s stay. 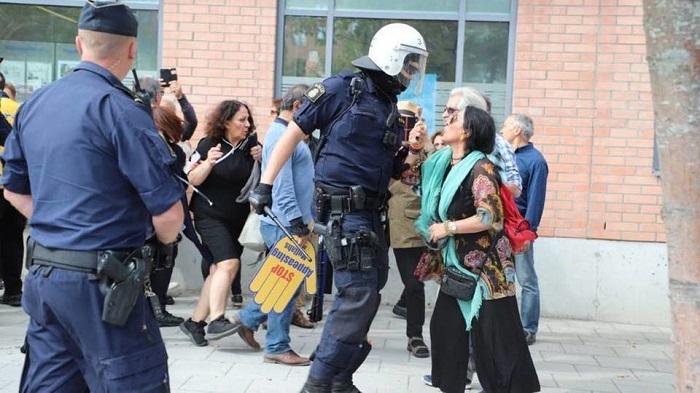 Iranian’s rally in Stockholm was attacked by police.

Subsequently, the Swedish government faced strong criticism from media and a number of Swedish MPs. One member of the Swedish Parliament from the Conservative Party criticized Swedish Prime Minister Stefan Löfven for confirming the Iranian regime’s positions. 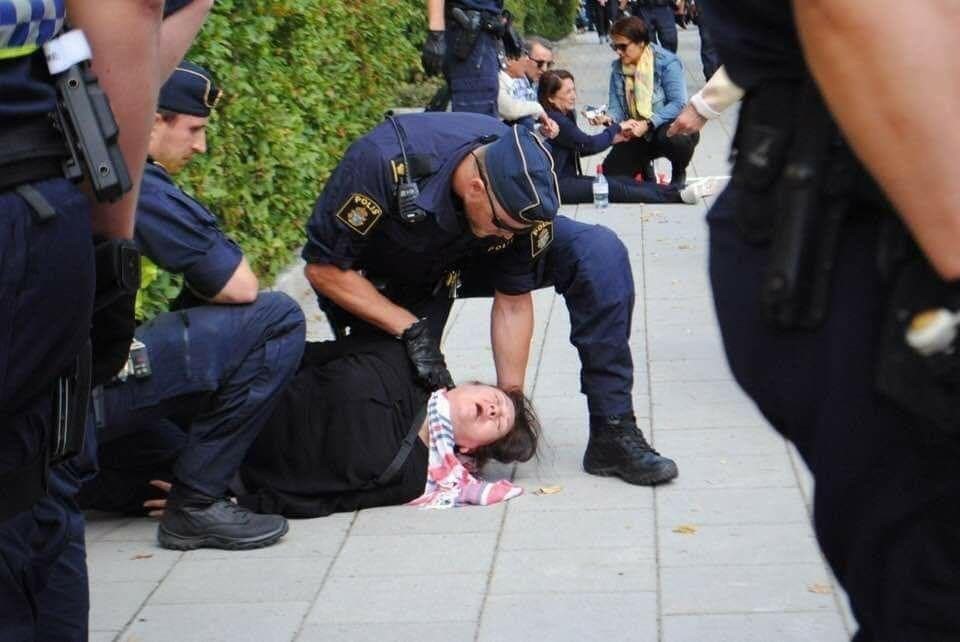 “We did not invite Zarif. He came himself,” Swedish Foreign Minister Margot Walls emphasized said in a press conference. Zarif did not participate in the press conference oddly and reporters asked questions about the intense protests held by Iranians in Sweden against this visit and questioned why such an individual had been accepted by Sweden.

Javad Zarif brazenly threatened Iranian protesters in Stockholm to death, boasting that the regime’s agents and operatives would not let them live for a minute and would “eat them alive.”

In an interview with the state-run Press TV on August 21, he railed at Iranian protesters demanding their expulsion from Sweden. “Ask any of those individuals standing outside to attend any meetings with Iranians [meaning the regime’s Revolutionary Guards and agents] and then see whether they would survive. They would not stay alive for a minute…. They cannot even stay in Iraq because the people of Iraq [meaning the regime’s proxies in that country] will eat them alive.”

The main Iranian opposition, the National Council of Resistance of Iran (NCRI) said in a statement,

“Zarif reveals his own murderous nature and that of the mullahs’ medieval regime, which has executed 120,000 dissidents on political charges in the past four decades.

“When the mullahs’ Foreign Minister threatens Iranian protesters to death in Stockholm, one can imagine what is happening in the regime’s prisons and torture chambers and how dissidents and political prisoners are being treated.

“Zarif’s remarks show once again that receiving the mullahs’ Foreign Minister emboldens the regime to engage in terrorism, murder, and warmongering, and clearly runs counter to the interests of the Iranian people, who are seeking the ruling theocracy’s overthrow and the establishment of democracy and popular sovereignty in Iran.”