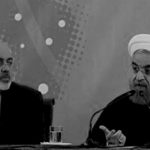 Message of the Mullahs’ delirious 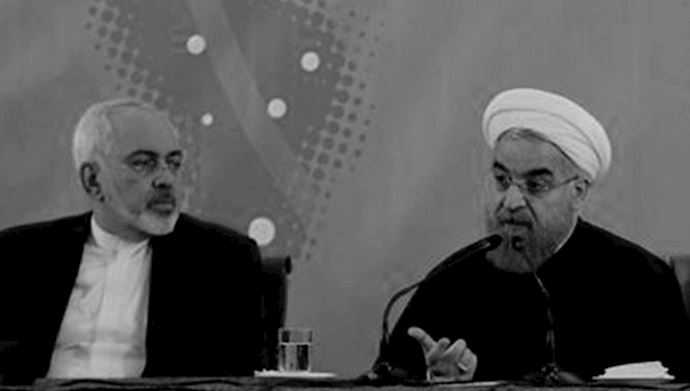 On 6 and 7 August, Rouhani once again took the stage delivering a speech about negotiating with the US. In his speech he begged and threatened at the same time. What was behind this flippancy? What is the common denominator of these words and Khamenei’s remarks on 7th of August?

One must seek the answer in the state of the regime which is worse than one might imagine. In May, Rouhani met agents of IRGC serving in the section of “art & culture” saying: ” we have hard days, more than you think of. These are our hard days.” “Problems are such that some nights if I sleep two hours, I thank God that I could sleep two hours.” He added. These remarks were three months ago. On Wednesday, August 8, Rouhani again complained in his speech, saying desperately: “Our evil wishing enemies have never sanctioned us so harsh during the past 40 years ” He added: “Our people, of course, went through difficulties and difficult times. Our people went through a difficult year last year. It was a very difficult year, and this year they are having a difficult year. The government’s resources are limited.”
Similar words

He is partly right in saying that the situation is getting tougher every day, because during this period oil exports, which are the main source of the regime’s revenue, have fallen from one million or 700000-800000 barrels a day to 100,000 barrels a day; Is this enough to understand how critical the situation of the regime is? This is just in the economic field. The hidden parts of his remarks are the deteriorated political situation, the painful political slams including:

Sanctioning Khamenei, the supreme leader
Listing Zarif, regime’s Foreign Minister, as terrorist by the US
Events regarding oil tankers in the Persian Gulf
Series of MEK rallies in Brussels, Stockholm, Washington DC, Berlin and London
Unveil of Ashraf 3 in Albania
The regime’s desperation against these slams
Confronting these deadly blows, the regime has no solution but hollow promises and lies. The harsher the situation, the more the deception. In fact, the regime is submerged in desperation and frustration. Pointing to the corruption in the regime, on 7 August, Khamenei told a group of athletes he was receiving: “Problems should not stop the youth and disappoint them, because despair is poisonous, and if previous generations were stopped and disappointed, we would have remained under the monarchy.”

On 7 August, again Rouhani referred to fairy tales saying the US is disappointed, because their sanctions and policy of maximum pressure were to no avail.

He should be asked which one the public must trust: Your claims or your groan on 6 and 7 of August about harshness of the current situation? Your claims or reduction of oil exports into one thousand barrel a day? Let’s ask Rouhani: if hardness was good and has made the US desperate, why haven’t you taken advantage of this situation? If it is good, what are these complaints?

Impact of Zarif’s sanction on the regime

It is crystal clear that these hollow promises and lies by Rouhani aim basically motivating the regime’s frustrated forces, however, it is hard to believe there would be any change in their moral. Then, why Rouhani is saying this? Because, recently, the regime has received a baffler blow in his Foreign Minister Mohammad Javad Zarif being sanctioned. This sanction in addition to sanctioning Khamenei and the IRGC has had such a juggernaut impact on the regime that it is still under the shock.

What the Iranian people understand out of these delirious remarks is: toppling the corrupt regime in Iran will happen much sooner than everyone can imagine, and they are more determined than ever to put an end to this religious dictatorship.