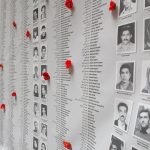 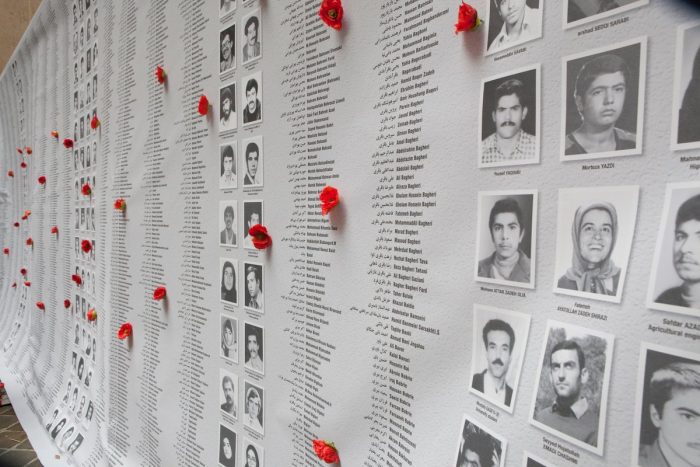 The final day of the Free Iran Conference was dedicated to seeking justice for the 30,000 victims of the 1988 Massacre (mainly MEK supporters) and their families. A number of dignitaries gave speeches on Monday, but the most memorable words came from survivors of the massacre. Their words are summarized below.

Iran #1988Massacre witness Hengameh Haj Hassan: “We were blindfolded & put in cages, small partitions where you could only squat. You couldn’t move. If we moved, we were tortured. My eyesight was degraded & my back was injured. Despite 5 operations I've still not recovered.” pic.twitter.com/XIqocJs1eX

“In prison, they would not give milk and food for the kids, and my cell mates would provide their sugar rations to me to give something to my baby. There was no doctor or medication for the children. In the public ward, there were only 15 minutes of warm water every other day, which we had to use to give the children a bath. Many of these children had lost their parents,” Ms. Jokar continued.

In the summer of 1988, Iran's regime summarily and extra-judicially executed tens of thousands of political prisoners held in jails across Iran. The #1988Massacre was carried out on the basis of a fatwa by the regime’s Supreme Leader Ruhollah Khomeini.#FreeIran #WeSupportMEK pic.twitter.com/fiZ8YgAAVs

Death Commissions sent 30000 political prisoners to the gallows. The vast majority of the victims were PMOI (MEK) members. Perpetrators of Iran's #1988Massacre have never been held accountable. Worse still, some have been promoted to top government & judiciary positions #FreeIran pic.twitter.com/ngiM7qvhHW

“The torturers sought to break our will and force us to turn our backs on our struggle. I decided that I would tell the enemy the name of the Mojahed. My friend Shekar was arrested with me, and she was executed in 1988 after suffering torture and the cage,” she stressed.

Iran #1988Massacre witness Homa Jaberi: “After 40 days I was taken to Evin Prison. Some of my friends had lost their mental balance. Some prisoners would not speak of the tortures they suffered. The torturers had made them make animal noises & insult themselves. Some were raped.” pic.twitter.com/cVnKSUUezy