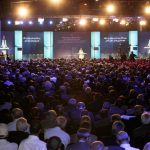 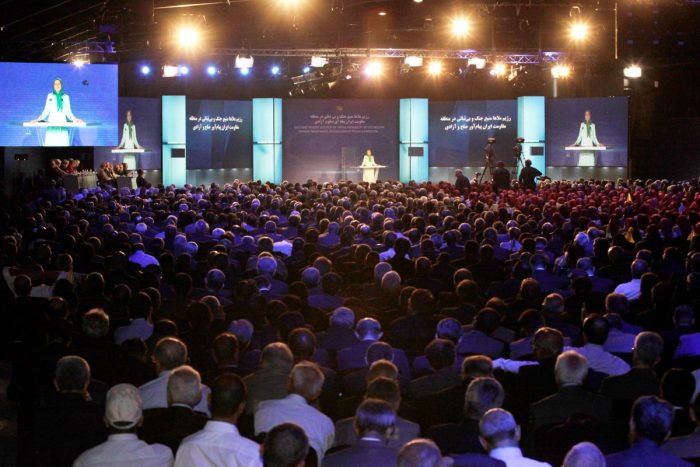 European and Australian lawmakers and human rights activists joined the MEK in Albania on Saturday for an international conference at Ashraf-3, the MEK’s headquarters. Conference attendees declared their solidarity for the Iranian people’s uprising and their support for the MEK and the National Council of Resistance of Iran (NCRI) as the democratic alternative to the theocratic regime currently in power. Speakers at the conference urged their governments to end the policy of appeasement toward the regime, saying that it would only embolden the mullahs and lead to war.

Major Events Held by #MEK Impact World Policy Towards Change in #Iran
On Saturday 29 June, a conference was held at “Ashraf 3,” the Iranian Resistance’s new compound outside #Tirana.https://t.co/PiPb3kFcNI #FreeIran pic.twitter.com/dzCafMnnhm

The following are some highlights from the evening’s  speeches:

Senator Burgmann described the MEK members in Albania as “proud, confident, and strong,” and praised the residents of Ashraf-3 for the construction of their new headquarters. “What you have done in just 12 months in Ashraf-3 is extraordinary.”

Referring to Maryam Rajavi, she said, “The NCRI is a movement in which women are treated as equals. It is headed by a woman and is committed to democracy.”

France’s Bishop Jacques Gaillot addressing Iran’s main democratic opponents the MEK in Ashraf-3: “When I’m in this city of the Resistance, I feel like I’m among family. You are living for others, for the future of your ppl. This is extraordinary” #IStandWithMaryamRajavi #FreeIran pic.twitter.com/tnEtq2iIp8

Bishop Gaillot described his warm feelings toward the residents of Ashraf-3. “When I’m in this city of the Resistance, I feel like I’m among family. You are living for others, for the future of your people. This is extraordinary,” he said.

Ms. Mitterrand addressed the MEK, saying, “Your struggle for a free Iran has many supporters around the world. We hope you’ll soon be victorious in the fight for freedom and democracy in Iran.”

Cornelia Mitterrand of @FranceLibertes speaking in Ashraf-3, home to the MEK (PMOI) in Albania: “We will not tire in calling on the @IntlCrimCourt to hold Iran’s regime accountable for the #1988Massacre” of 30,000 political prisoners. #FreeIran #IStandWithMaryamRajavi pic.twitter.com/2DrTKrDWez

Mr. Sottas also discussed the 1988 Massacre. “The rule of law can only be established if justice is served. The perpetrators of Iran’s 1988 Massacre must face justice. We urge the UN to set up a tribunal for this war crime.”

Speaking in Ashraf-3 in Albania, @paulocasaca1: “Those who say it’s not a priority to judge the criminals behind Iran’s #1988Massacre are encouraging the regime to continue its crimes & to arrest and massacre the ppl arrested in recent protests.” #FreeIran #IStandWithMaryamRajavi pic.twitter.com/vvi7EedRtf

Mr. Casaca spoke of the need to end the mullahs’ regime to achieve peace in the region. “We’ll only achieve peace when there’s a democratic government in Iran, when people view Iran not as a threat but as the great nation that it is. Iran is represented by Sattar Khan, Mohammad Mossadeq & Massoud Rajavi, not by the mullahs,” he said.

Ms. Perregaux stated that the MEK has always led the fight against the regime, despite the mullahs’ demonization campaign against them. She called for an end to the policy of appeasement to the regime that has let Iran act without consequences.

Swiss human rights activist Christiane Perregaux: The MEK (PMOI) has always been at the forefront of the fight against the mullahs despite the demonization campaign staged against them. World powers must end the impunity enjoyed by Iran’s regime. #FreeIran #IStandWithMaryamRajavi pic.twitter.com/xkozRXPI4x

Mr. Fowler referred to the regime’s foiled terrorist attack on the 2018 Free Iran rally outside of Paris, saying, “The brutality meted out by Iran’s regime & its attempts to bomb and sabotage the Free Iran gathering in 2018 have come to nothing. The regime’s time is up.”

Malcolm Fowler tells Iran’s democratic opposition MEK in Albania: Human rights compliance must be a condition for relations & diplomatic discussions with Iran. @TheLawSociety was with you yesterday, today, tomorrow & as long as it takes to see a #FreeIran. #IStandWithMaryamRajavi pic.twitter.com/cb0Khy3vIi

Ms. Ferreira spoke about the regime’s demonization campaign against the MEK, noting that the mullahs sow misinformation because they fear the MEK’s Resistance Units who organize anti-regime protests by teachers, truckers, and people from all sectors of society.

Mr. Glendenning advocated Mrs. Rajavi’s 10-point Plan for Iran’s democratic future. “Maryam Rajavi’s 10-point plan for a Free Iran is a peace offering and the way forward, not just for Iran, but for all of us. I am here to say I stand with Maryam Rajavi, the most courageous woman on earth.”