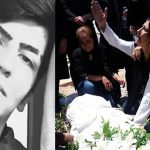 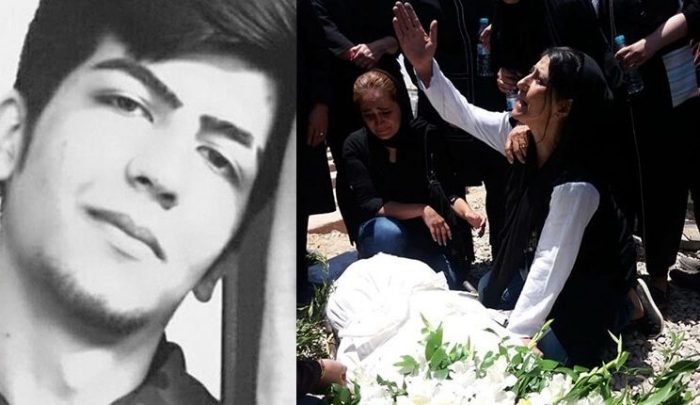 The Iranian regime is responding to the increasing number of protests and calls for regime change taking place across the country with a series of suppressive measures intended to prevent an uprising among the Iranian people. The MEK’s Resistance Units have mobilized the Iranian Resistance movement to magnify their protests for a free Iran, making these efforts futile. Further regime crackdowns only illustrate the need for change and energize the Resistance.

The regime has stepped up its crackdown on political prisoners as part of its ongoing attempt to suppress the rising wave of protests that threatens to topple the mullahs’ rule.

Shir Mohammad Ali was arrested in 2018 for engaging in internet activism and sentenced to eight years in prison. He was scheduled to appear in court for an appeal on July 9th.

#Iran: 10 Iranian political prisoners imprisoned in Rajai Shahr Prison in Karaj expressed their solidarity with the family of political prisoner Alireza Shir-Mohammad-Ali, 21, who was recently stabbed to death in prison by the Iranian regime's agents.https://t.co/dZ0iZbIwRA pic.twitter.com/Tj9FaaABeu

Last week, Shir Mohammad Ali’s cellmate,  Barzan Mohammadi, wrote a letter alleging that the murdered was carried out on the orders of prison officials.

“Mohammad Reza Khalilzadeh, the murderer and his partner in murder Hamidreza Shojaei Zavareh, have been on death row for several years on various charges including two murders, one in Rajaie Shahr Prison and one outside the prison, and kidnappings,” Mohammadi wrote.

Mohammadi explained in his letter that the murderers were allowed into their cell and that they had repeatedly threatened to kill Mohammadi and Shir Mohammad Ali.

“They said that we have to murder one of you so that we could be transferred back to Rajaie Shahr Prison,” he wrote.

Mohammadi said that prison officials ignored the threats and allowed the murder to happen.

The Iranian regime has used violent criminals to kill political prisoners in the past.

The regime recently extended its crackdown on civil liberties to include a plan to monitor weddings.

On Tuesday, the Governor of the northwestern province of Qazvin announced that provincial authorities will prosecute the owners of homes where weddings are held if the evidence is found that alcohol or narcotics are present during the festivities.

Norollah Ghodrati, the head of Qazvin’s Judiciary, commented on the new policy, saying, “In weddings, the use of narcotics should be seriously monitored and controlled,” said.

Seyed Eunice Hosseini Alami, the Prosecutor of Sari in the northern province of Mazandaran, recently announced the seizure of a “mixed tourism train.”

“The Prosecutor of northern Savad Koh seized a train with a mixed gender tour,” Alami said.

Alamo further stated that any tour that “carries out actions that were against the law would be dealt with.”

The regime has tightened enforcement of the law to punish behavior as innocent as participating in mixed gender groups and wearing “inappropriate” clothing.

Officials canceled a concert by Iranian pop singer in the northeastern province of North Khorasan on June 17th. The singer had obtained all the necessary permits and had already performed an earlier concert.

Officials cited the reason for the ban as “abnormal behavior and lack of observance of Islamic ethics by the audience on the first night of the concert.”