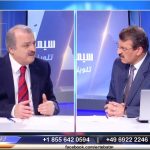 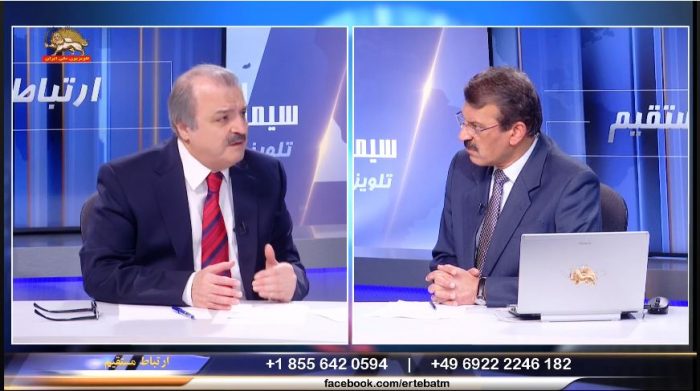 Mohammad Mohaddessin, the chairman of the Foreign Affairs Committee of the National Council of Resistance of Iran (NCRI), during a live talk show on Iran NTV, calls on all Iranians to join Free Iran rallies-June 9, 2019

Mohammad Mohaddessin, the chairman of the Foreign Affairs Committee for the National Council of Resistance of Iran (NCRI), called on “freedom-loving Iranians” to take part in rallies planned in Europe to express support for the Iranian public’s calls for democracy. 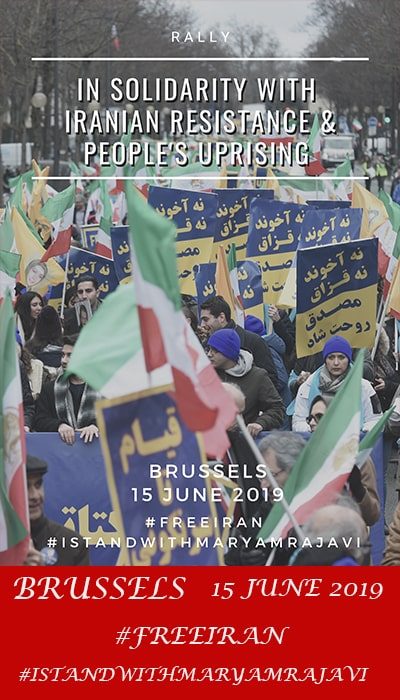 The #FreeIran rallies, including the one planned for June 15 in Brussels, along with others in other European capitals and Washington D.C., are championing support for the Iranian opposition movement and the People’s Mujahedin Organisation of Iran (MEK).

A Regime on the Brink of Collapse

In a television interview, Mohaddessin described how the Iranian regime is buckling under the pressure of the resistance movement.

As the MEK and its resistance units garner support from the Iranian people, the regime is going to even more extreme lengths to counter their influence. 2018 saw the regime mount a series of terror attacks in Europe against the MEK. Foiled terror plots in Albania, France, Belgium, the Netherlands and the US. The MEK has become such a threat to the regime’s future in power, “they’re [the mullahs] willing to take the risk of worsening diplomatic ties with EU,” Mohaddessin said.

Of particular concern to the regime is the MEK’s presence in Albania. Following the regime’s persecution and violence, the group’s members fled Iraq and established a compound outside the Albanian capital of Tirana. This compound has been a target of Iranian state-sponsored terror attacks and espionage campaigns.

The “regime doesn’t have many choices ahead,” Mohaddessin said. It is facing increasing economic turmoil, rising domestic pressure, and isolation on the international stage.

The Iran regime has to backoff what it does, but it can’t because these are the pillars of the mullahs’ regime.Change of behavior means giving up the Islamic establishment.#IranRegimeChange #IStandWithMaryamRajavi #FreeIran pic.twitter.com/DlFFbwVHnv

Mohammad Mohaddessin then urged members of the Iranian diaspora and their allies across the West to join the #FreeIran rally on June 15 in Brussels. “Say ‘we oppose the policy of appeasement’”, he said.

He went on to describe how Iranians would be present at the rally to shed light on the regime’s false narrative that there is no viable alternative to its rule. He described how the regime promotes this fictitious narrative to extend its life in power. In reality, the NCRI and the MEK’s President-elect, Maryam Rajavi, has produced a ten-point plan for restoring democracy to Iran.

In these rallies Iranians will also shed light on “fake-alternatives” created by regime or others in effort to extend life of regime.Iranians will show support 4 main alternative & oppose slander campaign against #MEK #NCRI by regime lobbyists.#IStandWithMaryamRajavi @StateDept pic.twitter.com/8j0Cz1xhrO

Mohaddessin asserted that the rallies and protests across Iran demonstrate that the solution to Iranians problems is not war and chaos, but peace and resistance to the mullahs’ tyranny.

He concluded: “In Iran, people are fed up with the regime.” “As the Iranian regime enters its final phase, Iranians have a clear message,” he said: “we want regime change.”