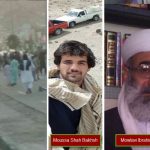 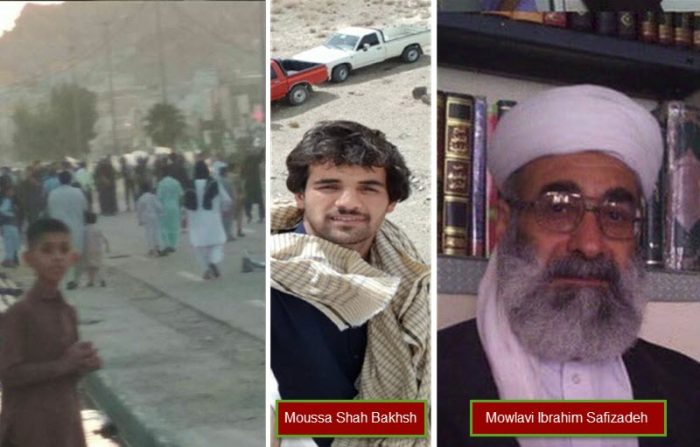 A large group of Iranians turned out in Zahedan to protest the unlawful killing of a young man on Monday. The group stood in front of the governorate while the regime’s security forces raided, taking dozens of protestors into custody.

On Saturday, May 25, regime security agents shot and killed Moussa Shah Bakhsh while he was driving his vehicle. His family were informed shortly afterward and instructed to bury the body as quickly as possible, without permitting or holding any public rally.

#IRAN: Demonstration in protest to the killing of a young man in #Zahedan by repressive forces and arresting dozens
Call for the condemnation of assassination of a Sunni cleric and immediate action to release the arrestedhttps://t.co/QLAfMOaVOC #IranProtests pic.twitter.com/5tsN2U0Xjd

The killing comes just days after another victim’s life was claimed by the regime. On May 17, 2019, Mowlavi Ibrahim Safizedah was shot in Herat, Afghanistan by regime-affiliated terrorists. The Sunni cleric died of his injuries in hospital five days later.

Safizadeh had committed his life to oppose the regime’s dangerous brand of religious fascism. He had spent time in an Iranian prison in the 1980s for his political beliefs. Upon his release, he fled Iran for Afghanistan, where he had been living in exile.

The People’s Mujahedin Organisation of Iran (MEK)  has called on the UN Secretary-General, the Human Rights Council, and the UN High Commissioner for Human Rights, along with other NGOs and international human rights organizations, to condemn the Iranian regime’s brutal killings and political repression.

The MEK and its umbrella organization, the National Council of Resistance of Iran (NCRI), also called on the international community and democracy advocates from around the globe, to put pressure on the Iranian regime to release the protestors arrested in Zahedan this week.

The Regime’s Ambivalence Towards Human Rights

The regime has persistently demonstrated its complete disregard for Iranian human rights. Moussa Shah Bakhs and Safizedah’s fates are doomed to be replicated elsewhere unless Iranians can bring about regime change.

In a recent gesture of its intent, the Iranian regime appointed Abdolreza Mesri, a former death committee member responsible for the widespread execution of political opponents during the summer of 1988, as deputy speaker of the Iranian parliament.

In 1988, the regime rounded up and executed more than 30,000 members of the Iranian opposition in one of the grossest atrocities committed anywhere on earth since the Second World War. The regime under Supreme Leader Khamenei established death committees across Iran’s provinces. These three-member squads were tasked with rounding up opponents, holding show trials (many of which lasted mere minutes) and carrying out their executions.

Among those convicted and executed were elderly people, teenagers, and pregnant women.

These atrocities cannot be endured. The international community and protectors of human rights must put pressure on the Iranian regime to end its rampant and widespread human rights abuses. Without it, many more Iranians will be condemned to suffer the same fate as Moussa Shah Bakhsh and Mowlavi Ibrahim Safizedah.