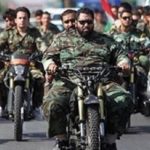 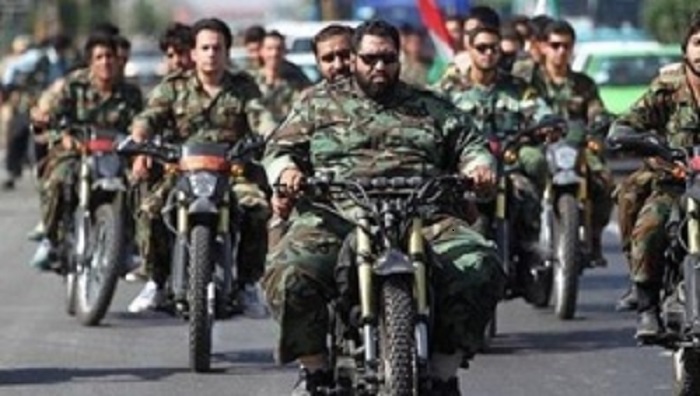 The new oppressive patrol-Razavion- is setup to add on to various regime security forces-as fear of a surge in uprisings in Iran grows among regime officials.

On Wednesday, the Iranian regime’s Chief of Police announced the nationwide launch of new patrols as part of its continued efforts to suppress political dissent and protests.

In an interview with the IRNA news agency, Hossein Ashtari said, “An agreement has been reached between the police and the Basij Organization in the context of further engagement and cooperation on the launch of the Razavion Patrol.”

The Razavion Patrol is massive in scope and will have sizable resources and power at its disposal. The Chief of Police in the city of Qom described the patrol as “a plan on the national level which has been coordinated with the IRGC, Judiciary, and the police and will use the infinite power of the Basij.”

Evolution of the Razavion Patrol

The Basij Force began patrolling Iranian neighborhoods in early 2018 in response to the nationwide uprising in December 2017 and subsequent anti-regime protests. In September 2018, the Basij Force stepped up its patrols, set up checkpoints in neighborhoods where MEK supporters were known to reside, and began conducting drills. This was due to increased activity by MEK Resistance Units.

In September, Gholam-Hossein Gheibparvar, a commander of the Basij Force, commented on the crackdown, saying, ““We have begun a series of plans to upgrade the IRGC Basij. We have not rounded up our patrols and we believe our patrols are more effective than checkpoints. More recently, these Basij patrols have been dubbed as the Razavion network.”

The Razavion Patrol was partially rolled out in November 2018, coinciding with Iran’s Week of Basij. Patrols were launched in several cities, including Bukan, western Iran, and Yazd, central Iran. Patrols were also rolled out in a number of cities in  Alborz Province.

On May 5th, Iranian state-run news agencies reported that Razavion Patrols were also launched in Qom in order to prevent “theft and crime.” The commander of the regime’s police force claimed that the patrols were launched in Qom for the purpose of “promoting the people’s security”, read regime security.

Past Uses of Suppressive Patrols

The use of suppressive patrols is not a new idea. The Islamic Revolutionary Guard Corps (IRGC) and the Basij Force have used their expansive authority in the past to set up similar patrols intended to intimidate people under the guise of “providing security.” Previous iterations were called “Promoting Virtue and Preventing Vice” patrols and “Revolution Committee” patrols.

Ashtari described the Razavion Patrol as “neighborhood security patrols,” but those who have been subject to the patrols have compared them to the “Revolution Committee” patrols of the early years of the regime. The Revolution Committee patrols suppressed dissent and prevented an uprising during the first decade after the mullahs stole the 1979 Revolution, and its members went on to form the IRGC and establish its core values of violent suppression of dissent.

The Razavion Force is a new version of an old strategy by the regime. The mullahs are terrified of a widespread rebellion and will do anything to suppress it short of actually listening to the people’s demands. At this point, people have only one demand: regime change.