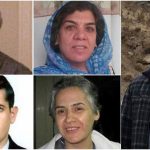 Regime Arrests 12 Union Members Ahead of May Day 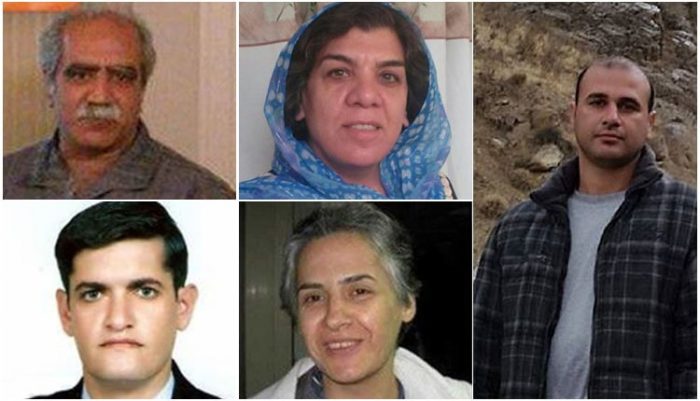 Photo Credit to Iran Human Rights Monitor: Union activists arrested ahead of the International Worker’s day for planning to organize an event on May day.

On Friday, April 26, the Iranian regime carried out the arrests of twelve members of the Free Workers Trade Union of Iran. The arrests were carried out just days ahead of the international Labor Day on May 1.

The twelve members of the Free Workers Trade Union of Iran had gathered in Jahan Nama park. They were making arrangements for the May Day celebrations in Tehran. Suddenly, the regime’s security forces descended on the park. They took the twelve into regime custody and quickly transported them to an undisclosed location.

Many of the twelve were released later that day. However, four remained in regime custody and were promptly moved to Raja’I Shahr Prison of Karaj. Their names are Ms. Parvin Mohammadi, Haleh Safarzadeh, Valeh Zamani and Alireza Saqafi.

The twelve faced arrest due to their violation of Iranian labor law. The law in Iran does not allow workers to create labor unions that operate independently of government-sanctioned groups, including the Islamic Labor Council.

The Iranian authorities, including the Revolutionary Guards (IRGC) and the Ministry of Intelligence (MOIS), have often harassed Iranian workers demonstrating unpaid wages and poor working conditions.

When steelworkers in Ahvaz went on strike late last year, the regime arbitrarily arrested demonstrating workers and subjected them to torture. The Iranian regime has a long history of arresting, torturing, convicting and sentencing active trade union members in Tehran and across Iran.

Since the nationwide protests that engulfed Iranian towns and cities in late 2017 and 2018, the brave Iranian public has risen up and protested the regime’s violence and human rights abuses every month. The regime has responded by mobilizing its repressive organs. In 2018 alone, the regime’s forces arrested more than 1,865.

The situation shows no sign of change. The population is more determined now to overthrow the yoke of the repressive Iranian regime.

As the economic crisis deepens, over 80% of Iranians now live below the poverty line. This most recent incident involving the arrest of the twelve members of the Free Workers Trade Union of Iran demonstrates that the regime is increasing its repressive response ahead of Labor Day.

The regime is in crisis. The mullahs know that they are operating on borrowed time and it is only a matter of time before the Iranian public rises up and restores democracy to Iran. The People’s Mujahedin Organization of Iran (MEK), the largest and most supported Iranian opposition group, and its resistance units are working tirelessly to oppose the regime’s arbitrary arrests, torture, and human rights abuses. They will ensure the regime is held to account and give the Iranian people a voice.