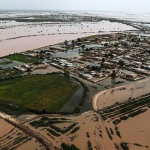 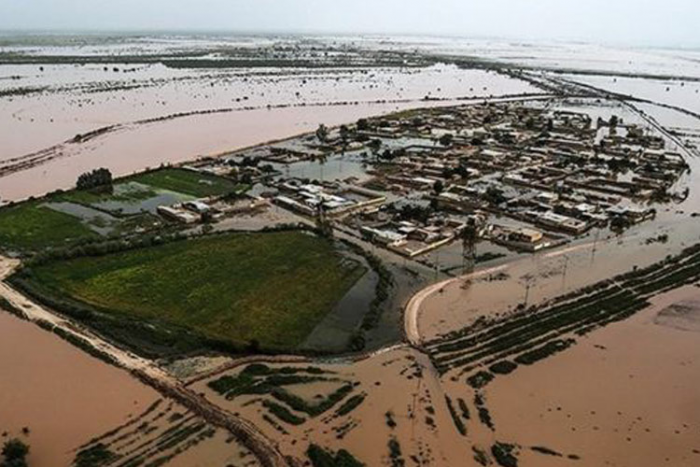 The Iranian regime incapable of resolving the flood relief services, has once again turned to more repression of the victims of the floods by bringing in its mercenaries from Iraq and Syria.

The Iranian regime has come under fire from the public and opposition groups, including the People’s Mujahedin Organization of Iran (MEK), over its inaction in the face of a national crisis.

In the wake of flooding that has hit Iranian towns and cities in recent weeks, the regime has been markedly absent from assistance and rescue efforts. Citizen groups have been left to organize relief and aid efforts to reach communities cut off by the encroaching waters.

"The mullahs’ supreme leader is terrified of escalating social dissent from the scales of flood disasters & unimaginable increase in the cost of living that could turn into an all-out uprising bringing down the regime in its entirety."#Iran#IranFloodshttps://t.co/mNZTFrGzK6

Instead of making the resources of the army and Basij forces available to the public for aid and rescue efforts, including boats, helicopters, shelters, and warehouses, the regime has channeled its efforts into suppressing protests and covering up the full extent of the damage.

The Revolutionary Guard (IRGC) colonel, Shahin Hasanwand, claimed that 24 people had been arrested in Khuzestan province for “spreading flood rumors.”

Among the most concerning aspects of regime repression in recent weeks has been the transferal of militants from the Quds forces in Iraq to areas of Khuzestan.

The Hashd al-Sha’bi forces (PMF) are closely linked to the mullahs’ Quds forces in Iraq. They have been deployed in Ahvaz and other parts of Khuzestan province under the pretext of providing assistance to flood victims. However, their military weapons and armored vehicles have betrayed the real reason they were brought into the region.

Another group of Iraqi mercenaries, known as the Nojaba, “with more than 100 light and heavy vehicles, entered the territory of Iran from the Mehran border.” According to state-run media, the mercenary group is accompanied by managers of the Nojaba forces from Iraq and the Head of the Executive Council of Movement.

They are not the only foreign mercenary units stationed in the flood-stricken areas. The MEK and the National Council of Resistance of Iran (NCRI) revealed that Afghan and Pakistani militants were also present in Iran. They are reportedly working with the IRGC in Lorestan, amongst other areas.

The head of the Quds forces, IRGC General Qasem Soleimani, has also been on the ground in areas affected by the flooding to oversee the repressive measures.

A Time for Solidarity

President-elect of the NCRI, Maryam Rajavi, issued another statement last weekend urging Iranians to stand together in this time of need. She called on the youth in flood-stricken areas to provide assistance to victims in any way they can and once again emphasized that “the facilities of the army, the IRGC and government agencies, engineering machinery, naval boats, supply depots, shelters, and barracks” available to the people “to prevent floods, protect people’s lives, save flood victims and to temporarily resettle them.”