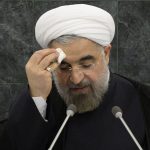 MEK-Iran: Rouhani Reverses Course and Admits that the Regime is Facing “Tough Days” 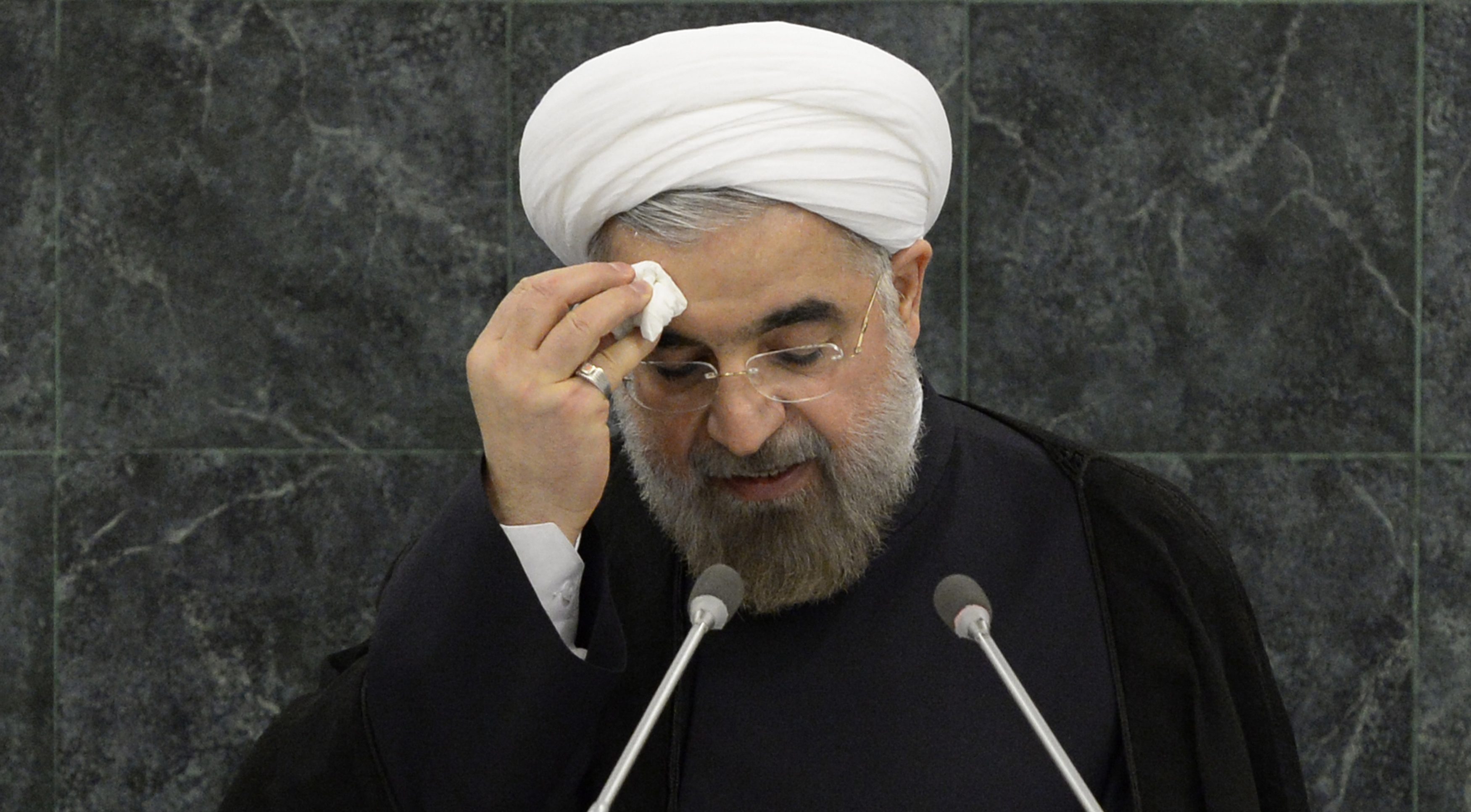 Archive photo-Hassan Rouhani speaking at the United Nations in September 2013,while the supporters of MEK protest outside the UN building in New York.

In a recent meeting with the Hormozgan Province council, Iranian regime President Hassan Rouhani said that Iran is going through “tough days,” a sharp reversal in tone from his statements to the Iranian people, in which he glossed over the country’s problems and presented a false picture of Iran’s future.

The Failure of “Hope Therapy”

Rouhani’s previous strategy of “hope therapy” involved a complete denial and neglect of the multiple crises facing Iran. After the United States withdrew from the Iran nuclear deal last year, it re-imposed sanctions, which worsened the already struggling Iranian economy. After the final and most severe wave of sanctions on Iran’s oil industry went into effect in November 2018, Rouhani claimed that the sanctions had no effect on the regime. This was while the Iranian rial plummeted in value, inflation skyrocketed, and economic protests raged in the streets of Iran.

In the February 17th meeting in the southern province of Iran, Rouhani characterized the ongoing unrest in Iran as a “war situation.” He said, “

The mullahs’ regime, with its destructive policies, export of terrorism and corruption, has made the Iranian people furious and crying for regime change.#Iran#IranRegimeChangehttps://t.co/ZIx09sRsz0

On February 17, 2019, Rouhani attended Hormozgan Province’s council meeting and described the ongoing circumstances in Iran as a “war situation,” saying, “We must understand the current tidings in Iran and recognize what the situation is. Some people don’t believe that we are in a war situation. In war, you can be attacked by mortars, artillery firings, bombing and also direct bullets; sn Bandar-e Abbas. Just compare how many ships were berthing in our ports last year and how many are berthing now. We have so many problems due to sanctions. Our days are not easy, we are going through tough days.”

The Real Cause of Iran’s Economic Crisis

The Iranian regime first claimed that the re-imposed sanctions would have no effect, and now they are attempting to pin the blame for Iran’s economic catastrophe entirely on the same sanctions. The fact is that neither of these statements is true. While the U.S. sanctions have exacerbated the issues facing Iran, the country’s financial crisis began long before 2018. The mullahs’ incompetence, corruption, and mismanagement of Iran’s wealth have steadily eroded the middle-class and driven the majority of Iranians into poverty.

In December of 2017, thousands of Iranians took to the streets in a massive anti-regime uprising. The nationwide protests began largely as a result of widespread dissatisfaction with the country’s crumbling economy and fueled the Resistance movement that continues today, led by the MEK. People in cities and towns across Iran protest on a daily basis, chanting slogans such as, “Let go of Syria and think about us!” and “Our enemy is right here, they are lying when they say the enemy is the U.S.!”