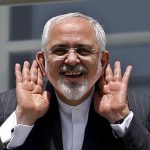 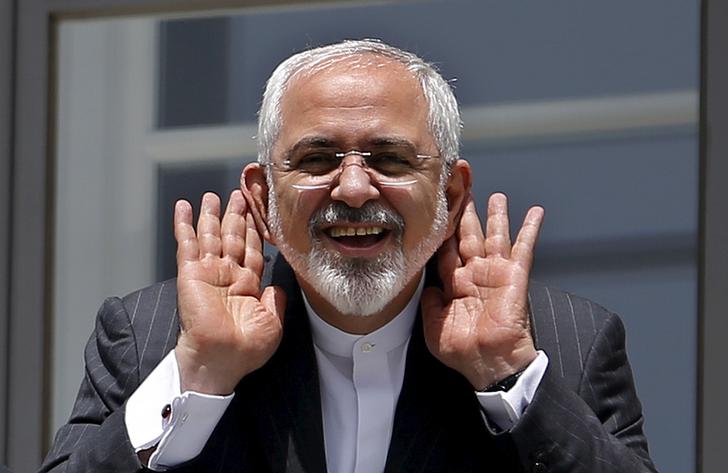 Mohammad Javad Zarif at the balcony of the Palais Coburg hotel during the Iran nuclear talks meetings in Vienna- July 10, 2015

Javad Zarif, the Iranian regime foreign minister, has drawn criticism from Iranians over comments he made about Iranian meddling in foreign conflicts across the Middle East.

Speaking at the regime’s Foreign Policy Meeting, while he referred to regime backed terrorism as “resistance”, he said: “We are proud of the resistance of Syria[Assad’s dictatorship], Lebanon [Hezbollah], Iraq [Quds force], etc.”

The comments prompted a backlash on social media. Voria Ghafouri, a soccer player at Esteghlal, in the Persian Gulf Pro League, responded with an Instagram post in which he criticized the regime’s foreign minister, “you are not the one who’s under pressure. The people are under pressure. The nation’s wealth is not your inheritance to give out as you please.” said Ghafouri’s post at Instagram.

He added, “if you’re man enough, speak your rubbish among the people so you get your answer!” The Iranian regime has been under intense domestic pressure in the form of national protests among Iranians. The protestors are expressing their fury over the mullahs’ economic mismanagement and financing of foreign militia and terror groups which has left the Iranian economy in turmoil.

The Iranian people have made their feeling clear. At recent protests, Iranians chanted “leave Syria alone, think of us”, etc.

The foreign minister is renowned for making inflammatory, controversial, and false statements. He recently compared Iranian democracy to that of France’s, asserted the regime did not want war and claimed that there were no political prisoners in regime custody, claims that if they weren’t so damaging would be laughable.

A Steady Stream of Lies and Misinformation

Zarif has also deliberately sewn confusion and muddied the waters surrounding who exactly is repressed and who are the oppressors. Following the Warsaw conference, which saw more than 60 countries agree to impose increased pressure on Iran, Zarif took to social media to paint the Iranian regime as a victim, not perpetrator, of international terrorism. It also referred to MEK’s rally in Warsaw in a bid to discredit the opposition:

“It is no coincidence that Iran is hit by terror on the very day that Warsaw circus begins?” he wrote, “especially when cohorts of same terrorists cheer it from Warsaw streets & support it with Twitter bots?” Zarif’s tweet raised an immediate response from the Polish Minsitery of Foreign Affairs, rejecting his labeling against the main opposition:

.@JZarif Poland condemns terrorism in all its forms. The reaction to the attack on Khash-Zahedan road in Iran cannot be different. “No” to violence.

No terrorists are present in Warsaw today. There is democracy, freedom
of expression and solidarity.

In other posts, Zarif attempts to pass Iranian involvement in Syria off as aiding the peace process. “As Iran, Russia & Turkey ready a summit in Sochi to work for peace in Syria & UN Court rejects US excuses & readies to rule on US theft of Iranian people’s assets, flip-flopping Trump officials try to hide their perpetual lawlessness & global isolation behind a charade in Warsaw,” he Tweeted.