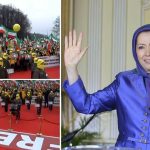 Maryam Rajavi Speaks at the Warsaw Rally: The People of Iran are “Yearning for Freedom and Democracy” 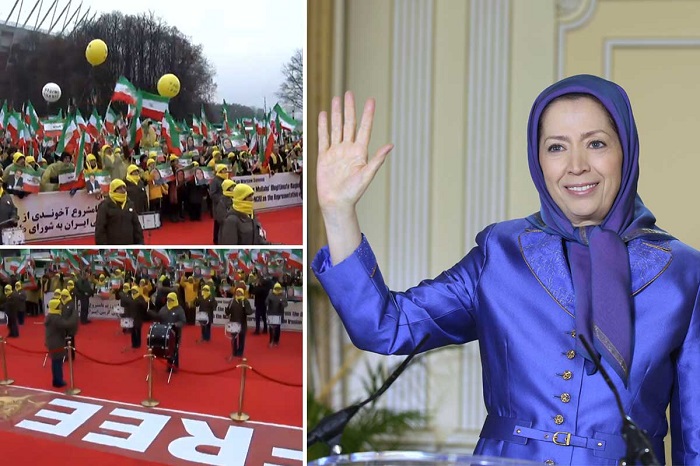 Maryam Rajavi, the leader of Iran opposition, during her video message to the Warsaw rally on February 13, 2019

Addressing her “freedom-loving compatriots,” as well as the high-profile guests in attendance, including former Mayor of New York, Rudy Giuliani and the former Prime Minister of Algeria, Sid-Ahmad Ghozali, she told them, “the voice of the people of Iran” is “yearning for freedom and democracy.”

She continued, “the pain of our political prisoners in Khamenei’s dungeons, the sufferings of our Kurdish, Turk, Balochi and Arab compatriots, and the stifled desires and hopes of Iranian women, youths, workers, farmers, teachers, and students are resonating in your cries.”

Their demand, she said, is that the world recognizes their right to overthrow the repressive clerical regime and bring freedom to Iran.

The Iranian people “deserve this,” Rajavi said. “They have proven it through long years of their quest for freedom and steadfast endurance in confronting one of the world’s most oppressive and ruthless dictatorships.”

2018 saw Iranians take to the streets to protest the mullahs’ rule in numbers not seen since 1979. For their calls for democracy, many had to sacrifice their freedom or their lives, as the Iranian regime responded to dissent by locking up or even killing protestors.

An End to Appeasement

Maryam Rajavi and the MEK’s demands were simple: respect the Iranian people’s struggle against oppression and discrimination.

The west has long emboldened the regime through its policies of appeasement and pandering to the mullahs. Maryam Rajavi asked, “why they [the West] have recognized a regime in Iran which has invaded and occupied the country, which rules by torture and execution, which plunders Iran’s assets and spends the Iranian people’s wealth on terrorist groups to slaughter the peoples of the region.”

The question is why have they recognized a regime which has invaded and occupied #Iran, which rules by torture and execution, which plunders Iran’s assets and spends the Iranian people’s wealth on terrorist groups to slaughter the peoples of the region.#FreeIran pic.twitter.com/28A9xJp45e

Rajavi acknowledged the progress coming from the Trump administration, which has re-imposed economic sanctions and withdrawn from the JCPOA. She also acknowledged the gesture from the EU following the uncovering of Iranian terror attacks on European soil. The EU has imposed sanctions on a branch of the Iranian Ministry of Intelligence (MOIS). However, she added that the efforts did not go far enough.

“They must stand up more decisively to this regime,” she said, adding “the mullahs must not have a single bullet, a single dollar or a single barrel of oil at their disposal.”

Maryam Rajavi called for the inclusion of the Islamic Revolutionary Guard Corps (IRGC) on European and US terrorist blacklists. “The IRGC is in command of the regime’s terrorist mercenary groups and their disastrous bloodletting in the region,” she said.

The policy of blacklisting the Iranian regime’s criminal institutions and figureheads will be effective only when the IRGC is placed on the terror lists of the U.S. and the European Union as a whole entity. #Iran#FreeIran pic.twitter.com/sE66uF98ge

The IRGC is behind many of the most destructive elements of the regime, including the missile program, nuclear weapons activities, and cyber-attacks. It is also in charge of arresting protestors and cracking down on political dissent in Iran and looting the country’s institutions.

“The Revolutionary Guard Corps is the backbone propping up the clerical regime,” Rajavi concluded. “So, it must be designated a terrorist force without delay.”

In addition to the blacklisting of the IRGC, Ms. Rajavi called for the international community to refer the dossier of Iranian human rights violations to the UN Security Council. She asked those gathered in Warsaw, “why haven’t they set up any mechanism to prosecute the regime’s leaders for the massacre of 30,000 political prisoners in 1988?”

She was referring to the summer of 1988 when the Iranian regime launched a bloody crackdown on the MEK and other opposition groups. More than 30,000 political prisoners mainly MEK activists were executed in regime custody. Women were raped before heading to the gallows. Many family members of victims were not informed until after their loved one had been executed when the regime billed them for the rope used in the execution.

Rajavi concluded, “in spite of this, the people of Iran will never relent. The uprisings and protests and the activities of the courageous members of [MEK] Resistance Units in Iran will carry on.”

Once again, I declare the demands of the people of #Iran and the Iranian Resistance, as the following: #FreeIran pic.twitter.com/IISaXkqb7D

She ended her speech with the powerful sign-off, “hail to freedom. Hail to the people of Iran. Hail to all of you and your steel resolve to realize freedom.”