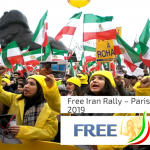 The Iranian Opposition Plan Large Rally Ahead of Poland Conference 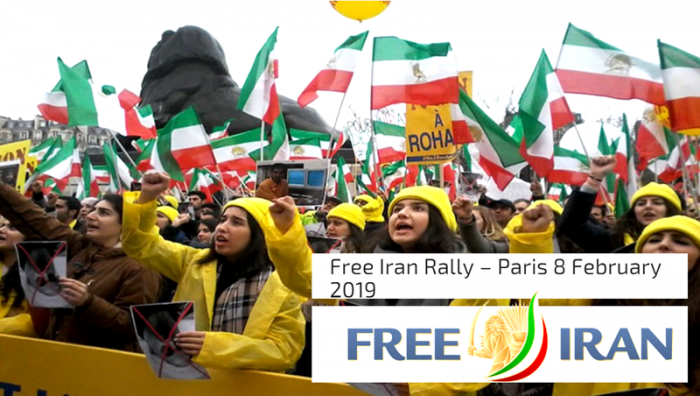 As a plague of poverty sweeps across Iran, all but wiping out the middle class in its wake, the Iranian regime continues to try and blame the international community for Iran’s economic woes.

Years of economic mismanagement and corruption have hollowed out Iranian industries, caused rampant unemployment, and prompted rocketing inflation. Rather than cause Iran’s economic decline, the international community is finally holding the Iranian regime to account.

In early January, the EU introduced its first sanctions against the Iranian regime since the landmark JCPOA agreement. The new sanctions targeted a branch of the Iranian Ministry of Intelligence (MOIS) as well as two senior officials.

Despite the new sanctions, many in the Iranian opposition, including the People’s Mujahedin Organisation of Iran (MEK), believe that without a full terrorist blacklisting of the MOIS and the Islamic Revolutionary Guard Corps (IRGC), the effect of any sanctions will be severely limited.

Although the sanctions are limited in scope, they do represent a changing tide in the mindset of European governments. For decades, the EU’s heads of state have stuck firmly to a policy of appeasement. But now, after a string of Iranian state-sponsored terror attacks plotted on European soil, France and Britain are leading the charge for a firmer stance against Iran.

Amongst the possible actions up for discussion are economic sanctions, asset freezes, and travel bans for senior figures in the Iranian regime.

A senior EU diplomat said, “we’d prefer not to take these measures, but they [the mullahs] need to stop trying to kill people on our territory.”

.@Maryam_Rajavi: The fact that gaining access to weapons of mass destruction, violations of human rights, export of fundamentalism, and terrorism are the four pillars of the theocratic regime ruling Iran.#IStandWithMaryamRajavi#FreeIran #MEK@SecPompeohttps://t.co/6JXTlKP0wE pic.twitter.com/ZwaII86ylA

In 2018, the Iranian regime plotted several terror attacks and assassinations against members of the MEK and other dissident groups living on European soil. Plots were unraveled in Albania, France, Denmark, and the US.

The United States has organized a conference in Poland on the 13th and 14th of February in which the international community will discuss the Iranian threat. The foreign ministries from 90 countries across the globe will attend. International cooperation and support for a firmer stance against the regime are essential for curbing their nuclear ambitions and ending their campaign of terror on European soil.

The president-elect of the Iranian opposition, Maryam Rajavi, said,

“we have always urged western governments to be firm against the mullahs’ terrorist dictatorship. So, today, we urge them to expel the mercenaries of the mullahs’ intelligence services and the terrorist Qods force from the US and Europe.”

The MEK and the National Council of Resistance of Iran (NCRI) have worked relentlessly to draw attention to the human rights abuses taking place across Iran. Ahead of the conference in Warsaw, the Iranian opposition will hold a major demonstration against the Iranian regime’s widespread abuse of human rights and employment of terrorism as a technique of repression.

Rajavi is convinced. She has spoken on the international stage and asserted that the only way to free the Iranian people from the violent and repressive clerical regime is through regime change. Following four failed terror attacks in Europe, any measure short of listing the MOIS and IRGC as terrorist organizations will fall well short of what is needed to eliminate the Iranian threat and bring stability to the Middle East and beyond.