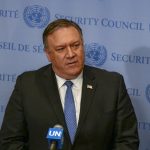 The Iranian Regime Is Increasingly Isolated Ahead of the Warsaw Conference 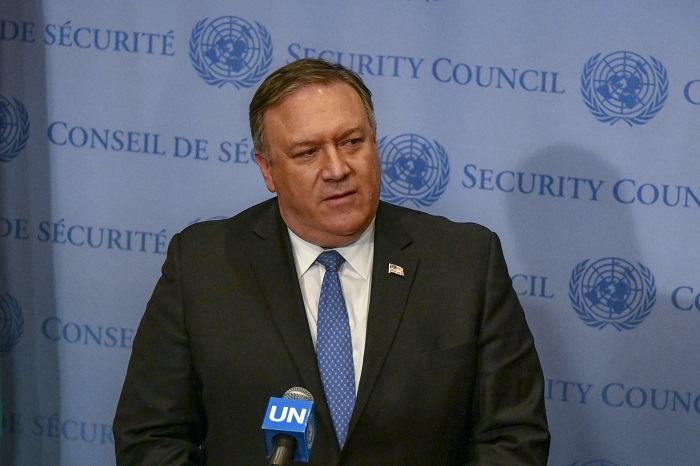 Secretary of the United States speaking at the Iran Nuclear Summit

With the days counting down to the Warsaw conference, where Western leaders will meet to discuss the threat the Iranian regime poses to regional and global security, the regime looks more isolated on the international stage than ever.

Tehran has had its requests to attend the landmark conference set for February 13-14 rejected. The reasons articulated by Polish Foreign Minister Jacek Czaputowicz who said, “Iran’s presence at the event would have hampered talks.”

#IranFreedom"In face of Iranian mullahs, we say them “you are on your last legs!”.Iranian people deserve a secular, democratic government that guarantees the culture&dignity of Iranian. We support10-point plan of #MaryamRajavi."So do many EUsupporters of #NCRI #Iran #PolandSummit

There are also indications that US sanctions, coupled with the European firms being forced to choose between continuing trade with Iranian markets and engaging with US markets, are having an effect. Poland’s state-run gas firm, PGNiG is closing its office in Iran and withdrawing from the country.

The EU also launched its own sanctions against Iranian Ministry of Intelligence (MOIS) on January 8th. It placed a branch of the intelligence ministry and two of its officials on its official terror list after an Iranian plot to assassinate members of the opposition in Europe was uncovered.

The People’s Mujahedin Organisation of Iran (MEK) and other pro-democracy groups have been the target of a brutal campaign of state-sponsored terror.

The Iranian regime increased its operations in 2018, plotting several attacks against the MEK in Albania, France, Denmark, and Norway.

Closer to home, the Iranian regime funnels vast funds to terrorist and militia groups across the Middle East. Its Islamic Revolutionary Guard Corps (IRGC) and Quds Forces are active in Syria, Lebanon, Gaza, Yemen, Iraq, and Afghanistan. Their operations undermine the peace efforts in the region.

Bahrain’s Foreign Minister Khalid bin Ahmed Al Khalifa has made it clear that Iran’s activities will be under the microscope at the conference.

Jan. 25, 2019 – Bahrain Foreign Minister Khalid bin Ahmed Al Khalifa is saying he will be talking about the Iranian regime’s multi-faceted terrorism during the Warsaw conference of foreign ministers focusing on the middleEast #iranRegimeChang #Iran#FreeIran#mojahedin pic.twitter.com/2oZccarYph

A top diplomat for the country said, “next month there will be a gathering in Warsaw focusing on challenges facing Middle East stability and security. While I will be listening carefully to what others have to say, I will also deliver remarks in regards to the Iranian regime’s multi-faceted terrorism that we face on a daily basis.”

The conference has drawn ire from the Iranian regime. Following the Warsaw Conference’s announcement, the regime Foreign Minister Javad Zarif tweeted his thinly-veiled threats. “Reminder to host/participants of [the] anti-Iran conference: those who attended [the] last anti-Iran show are either dead, disgraced, or marginalized,” he said.

The president-elect of the Iranian opposition, Maryam Rajavi, has praised the increasing hardening of attitudes towards the Iranian regime in the West. In a statement, the welcomed renewed interest in US and European sanctions

She underscored the importance of preventing the Iranian regime from developing weapons of mass destruction and urged the international community to acknowledge and address Iran’s glaring human rights violations. She once again reiterated that terrorism and Islamic fundamentalism are both pillars holding up the Iranian regime.

Moving forward, the West must recognize the sole democratic alternative to the mullahs’ tyrannical regime, the MEK and the National Council of Resistance of Iran (NCRI). A firm response like this is the only action the regime understands and is the only way to bring democracy to Tehran.