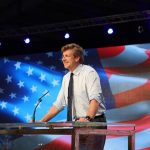 Former US Congressman Addresses the MEK in Albania 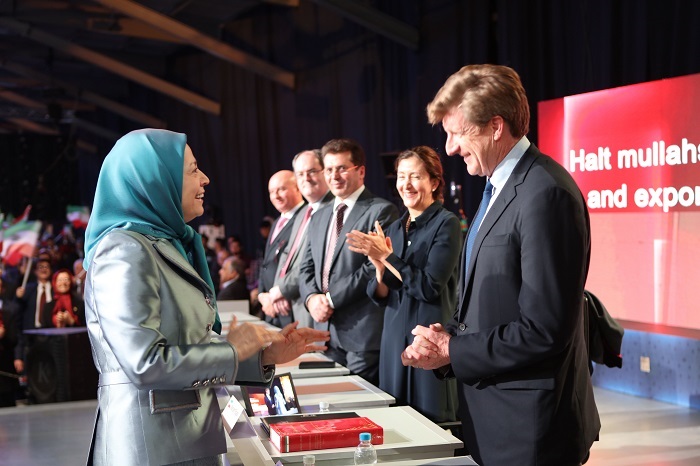 Patrick Kennedy, a former Democratic representative of the U.S. House of Representatives, gave a speech to members of the People’s Mujahedin Organisation of Iran (MEK) living in exile in Albania.

In the speech, he thanked Albania for being a kind and willing host to the Iranian opposition group and drew parallels between the two countries. “Anwar Khoja stole your country from you. Just as the mullahs have stolen Iran from the Iranian citizens”, he said.

Kennedy went on to address the recent surge in regime aggression against the MEK. He cited recent terrorist plots in Europe that targeted the opposition group, and the mullahs’ online misinformation campaign designed to turn public opinion against them.

.@PJK4brainhealth
The regime continues 2 spend Iran's wealth on sponsoring terrorism & it's proxies in the Mid-East
Thus the unfolding uprising is not only social restrictions & economic woes it's a clear expression of popular demand 4 a genuine democratic #IranRegimeChange@USUN pic.twitter.com/oqj8Cdy3TD

“Major social media companies like Twitter, Google, and Facebook have all in recent months, suspended and removed hundreds of fake accounts”, he said. Kennedy’s comments come just a few weeks after Twitter announced the removal and suspension of more than 770 regime-affiliated accounts. 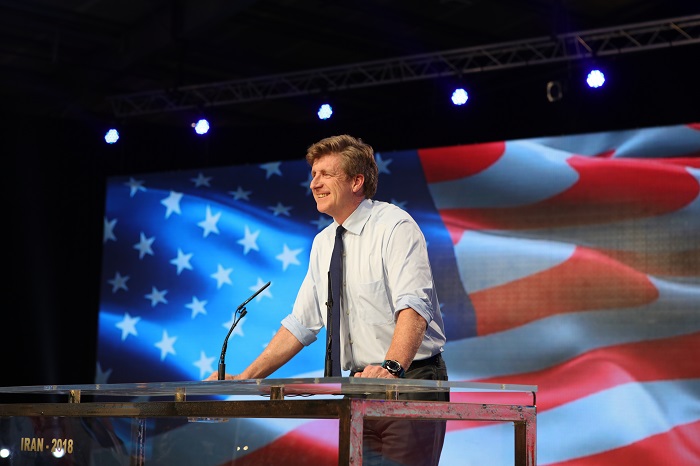 Patrick Kennedy, Former US Congressman Addresses the MEK in Ashraf 3 in Albania, during the International Conference on Iranian regime’s growing terrorism and violations of human rights

“Tehran-backed terrorist attacks in France, Albania, and Denmark were foiled by close cooperation between the police and the security and judicial authorities of several European countries”, he continued, adding that the foiled plots of 2018 were reminiscent of the regime’s violent campaign against dissidents in the 80s and 90s.

Although the attacks have been similar to those of the last century, the responses have not. Kennedy lamented that the West has not shown the same resolve and determination in opposition to the Iranian regime today.

The response to the 2018 attacks has been “very, very weak”, he said, “and inappropriate to the emerging threat” of the Iranian regime.

Kennedy went on to suggest that the rationale behind the regime’s terror and misinformation campaigns was that the MEK represented a threat to its continued existence.

“It shows that the NCRI (the National Council of Resistance of Iran, the umbrella organization of the MEK) is a real force for change”, Kennedy said. He also cited the MEK’s president-elect Maryam Rajavi’s ten-point plan as a “viable roadmap for the people of Iran to establish a fair and free and democratic secular Republic of Iran in this crucial juncture in history”.

There are more signs of change on the horizon. Kennedy described how the majority of Iranians now live below the poverty line and corruption and unemployment are ravaging the Iranian economy.

This economic crisis is prompting more of the Iranian population to take to the street in protest. “People from various social strata are taking part in the nationwide protests”, Kennedy said. “Women, teachers, retirees, ordinary citizens who have lost their savings and pensions.”

The protests themselves have become more anti-regime in nature. Slogans like “down with the dictator, our enemy is right here”, and “death to Khamenei”, have become commonplace in Iran.

Kennedy predicted that change in Iran is coming. “The mullahs do not know what they are up against”, he said, “right here are wonderful media laboratories that are helping to disseminate the true message of what’s going on in Iran”.

The regime’s routine human rights abuses are also beginning to earn it the attention of the international community. The UN General Assembly has adopted more than 60 resolutions condemning the regime’s actions.

The UN Must Investigate the 1988 Massacre

Kennedy concluded by saying, “it is amazing what you have built in a year, and it says to me something very hopeful. It says that if you could rebuild Camp Ashraf and Camp Liberty and you could build Ashraf here in Albania, then it won’t be long before you’re going to build Ashraf in Tehran”.