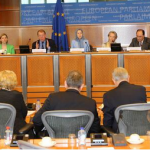 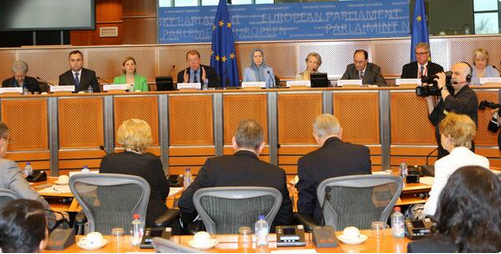 UPI published an opinion piece on Tuesday, December 18th, written by the former Vice President of the European Parliament, Alejo Vidal-Quadras. The article calls for a full investigation into the 1988 massacre carried out against the Iranian opposition by the clerical regime. It also urges the international community to take steps to bring those responsible within the regime to justice.

A recent report from Amnesty International, entitled “Blood Soaked Secrets- Why Iran’s 1988 Prison Massacres are Ongoing Crimes Against Humanity”, provided a damning assessment of the scale of the 1988 massacre and the role the mullahs have played in covering up the massacre since.

'Those responsible for the #1988Massacre in Iran must be brought to justice' – by Alejo Vidal-Quadras (@VidalQuadras), president of the Brussels-based International Committee in Search of Justice. #HumanRights #FreeIran @upihttps://t.co/rmnPBZILKD pic.twitter.com/fVMIPMz17T

Between July and September 1988, the Iranian regime arbitrarily executed more than 30,000 political prisoners. The vast majority were from the People’s Mujahedin Organisation of Iran (MEK), a pro-democracy group that opposes the regime in Iran and across the world.

The orders for the barbaric and brutal murders came from the Supreme Leader Ruhollah Musavi Khomeini. Vidal-Quadras writes, “all throughout the country, political prisoners were taken to ‘death committees’ that would ask them about their political and religious loyalties. Those who manifested continuing loyalty to the PMOI [MEK]… were summarily executed and in most cases buried in anonymous mass graves”.

The fact that many families were not informed of their loved one’s death, and to this day, many victims’ families do not know where their loved one was buried, makes the nature of the crimes ongoing.

“Since 1988 the Iranian regime not only has harassed and attacked the families of the victims searching for justice but has denied that the massacre took place”, Vidal-Quadras writes.

30,000 political prisoners executed in the summer of1988 in #Iran by Mullahs in #iran #No2Rouhani #humanrights .@UNHumanRights #1988Massacre pic.twitter.com/YmvnNUMYTi

The Amnesty International report highlights the fact that some of the officials involved in the killings still occupy senior positions within the Iranian leadership today. The current Minister for Justice, Alireza Avaei, for example, was involved in the violent and brutal execution campaign.

The report concluded that the Iranian regime had carried out forced disappearances, torture, murder, and extermination to such a degree that they amounted to crimes against humanity.

The International Community Has an Obligation

Following the report, Vidal-Quadras concludes that the responsibility now lies with the international community to ensure the culprits are brought to justice. “As we very well know that the Islamic Republic’s institutions won’t ever guarantee a fair and thorough investigation”, he says, “we ask international bodies such as the United Nations and the International Criminal Court to ensure independent criminal investigations”.

Vidal-Quadras concludes, “We, in Europe, know that bringing justice to the victims of a crime against humanity not only means justice for those affected but a lesson of history for all to remember”, adding, “we bring justice not only to close a case but also to remind us and the next generations that crimes against humanity cannot be under any circumstances left unpunished”.